Planning in Accordance with The Pawn Structure 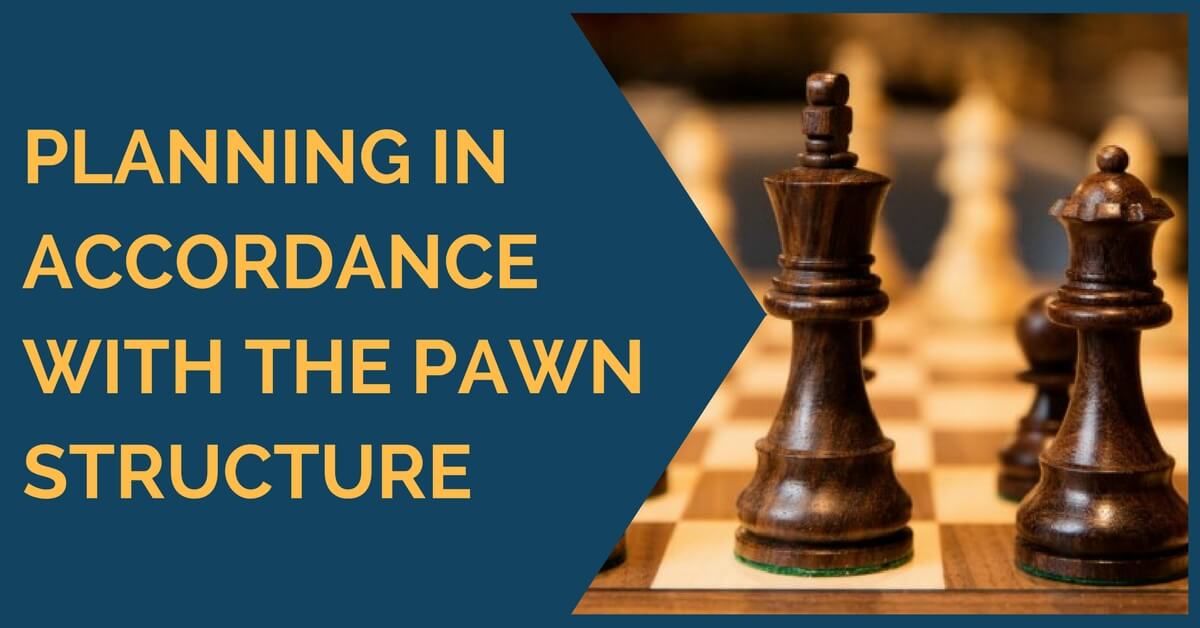 Strategy plays a big part in a chess game. In positions where tactical play is absent, the players with superior strategical thinking tend to outplay their opponents. It is often seen that inexperienced players play assorted moves without any link between them; this generally leads to their defeat. It is easier to find good moves if you’re following an idea – if you have a goal to reach.

A plan could be anything, from improving a badly placed piece to the trade of a key piece in your opponent’s scheme. Club players often think that a plan is a long positional operation, but in practice, most plans are only a few moves long.

There are several factors we can consider when creating a plan, but in this article, we will focus on pawn structures as the determinant element to formulate a plan.

The importance of pawn structures

The pawns are often a great indicator of where the battle should take place. If your pawns are leading the space on the queenside, then it is very likely that it is in that area where you should start active actions. Let’s see some examples: 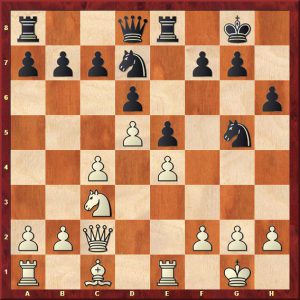 Here we have a position in which white has a slight space advantage. Notice that we say only “slight”, as black has managed to trade a couple of minor pieces and he is not too cramped at all. Although his position is solid, it still is a bit passive. How should white proceed? The pawn structure clearly indicates that white should play on the queenside and achieving the rupture c4-c5 looks like a reasonable plan.

Not only it would open the C file, but it creates potential weaknesses on black’s camp. Black, on the other hand, could do two things – either try to prevent this plan by playing defensively or try to start a counter-attack on his own by breaking on the kingside with f7-f5. However, with the rook on e8, the latter seems unlikely.

So what should white’s move be then? Well, if white wants to play c4-c5, then it needs to be supported by b4 first. However, if we play 16.b4 in this position, black reacts with 16…a5 and frustrates our intentions as we don’t have the answer 15.a3 since the rook on a1 would be hanging after axb4. Therefore, white went 16.Rb1! in the game with the idea of b4 next and if black plays a5, then simply a3, keeping the tension. See details here: 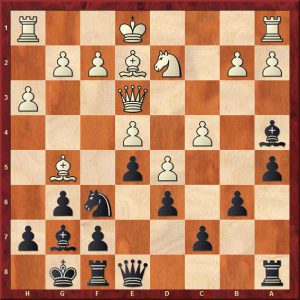 Again, we have a similar scenario. The plans for white should be similar to the first diagram, but the situation here is quite different. White is behind in development (he hasn’t castled yet) and his queenside rupture takes several preparatory moves. So what should black play? It is obvious now that f7-f5 looks good, but how to achieve this advance? Right now the knight has no square to go. On d7 it would be cutting the retreat of the bishop on a4, e8 is not available and h5 looks like an option, but it does not feel right because white can take and follow with Bh6 with a massive piece trade that could ease the pressure on his position. Therefore 15…Kh8! with the idea of Ng8 and f7-f5 makes a lot of sense. Eventually black took over the initiative and won the game. 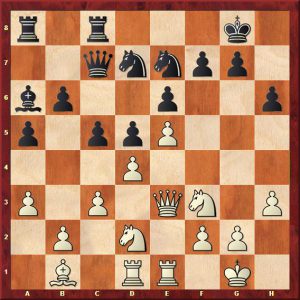 The position above resembles a French Defense type of structure. It is apparently a good one for white who has traded off his “bad bishop”.  However, black has a harmonious development and he is planning to do create some play along the C file. Computer engine evaluate the position as roughly equal, although I now believe that white has the advantage. The main problem is that black lacks counterplay and can’t really prevent white’s plan on the kingside which is basically to achieve f4-f5 and even f6 if allowed. See the details of this very interesting game below:

In conclusion, keep in mind the pawn structure as the main element to think about your game plan as it is possibly the most efficient indicator of where your moves should be directed. If there is an absence of pawns in the center, then you should seek for your opponent’s weaknesses instead.