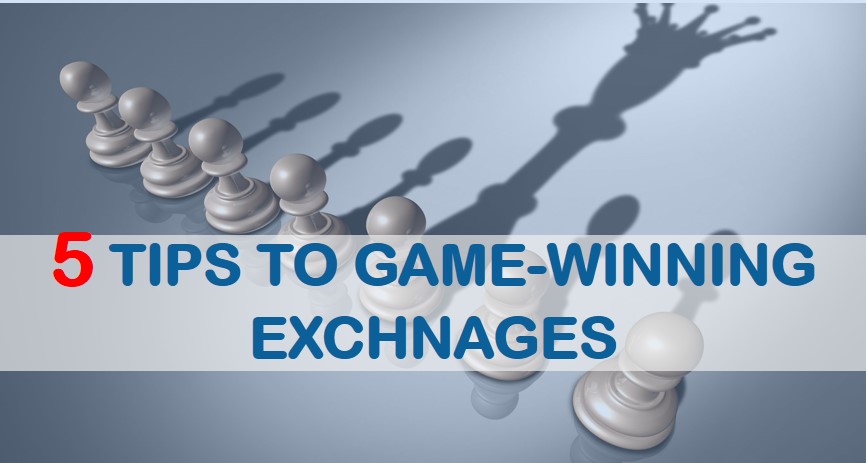 One of the most difficult decisions in the game of chess is executing the right trades at the right moment. Many beginners trade pieces deliberately during the game and only start thinking about the consequences when it’s already too late.In this article we are going to approach this subject and give you some tips and questions to ask yourself before executing a trade.

We have selected a reduced number of factors to consider when deciding on trades and they are all relevant, so the order of listing here is not really important. Use it as guidance, as some of these elements may be relevant in your position, but others may not.

Don’t trade if your opponent’s pieces will become better placed after the recapture. Sometimes we trade a piece and, by doing so, we bring an enemy piece to a better square; try to avoid this. Here is one simple example: 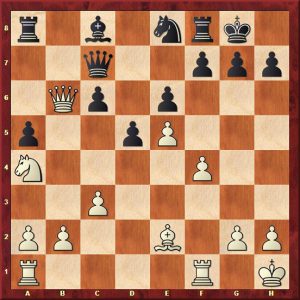 Black has an inferior position due to his passive minor pieces and structural weaknesses, with the weak square c5 being the main problem. What should white do here? Take on c7 or ignore/avoid the trade of queens? According to our tip, trading queens would improve the knight on e8 to c7 which can support further trades of the passive bishop on c8 via a6. Therefore the answer is clear, white should look for alternatives. In the game Grandmaster Kravtsiv played 20.Qc5! and went on to win later on. See the rest of the game here:

We take this element in the widest sense. Modifying the pawn structure means to make your opponent’s pawn structure worse or to create weakness in his camp, but it can also mean to improve your own pawn structure by bring pawns into the center, undoubling pawns, create passed pawns and so on. This is perhaps one of the most common elements in the game and it’s also simple to understand.

Here is one example: 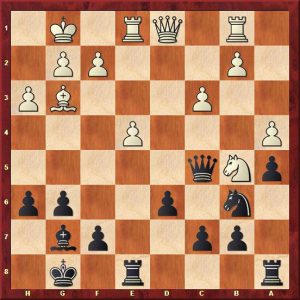 The position is about even; white’s hoping to exert some pressure with his good knight on b5, since black is unable to attack it with c6 because d6 would remain unprotected. How can black solve all of his problems? My opponent played the correct 20…Be5! Now, after the forced 21.Bxe5 dxe5! his pawn structure is improved and he can play c6 anytime without having anything to worry about. The game was eventually drawn.

3. On the defense: remove your enemy’s attacking pieces!

This can be connected with Tip #1. When your king is under attack, trades are often good in order to ease the pressure. For example, let’s see the following position: 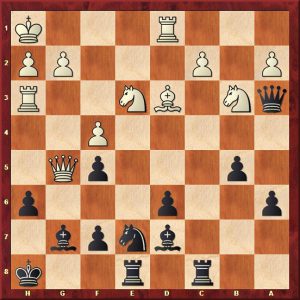 We have a typical complex middlegame arising from the poisoned pawn variation of the Sicilian Najdorf. Black’s position has plenty of potential; he is not only a pawn up, but he also has two strong bishops and better pawn structure to give him the advantage.

However, there is one issue he must solve first: reduce white’s counterplay against his king. How can he do this? There is more than just one way, but Areschenko found the nice 15…Qb2! intending Qf6. This move trades queens and puts an end to white’s attacking hopes. Note here how black gives back the pawn but in return gains safety for his king and plays a slightly superior endgame. In the end the game was drawn and you can see it here:

No, we are not talking about the time on the clock; by time we mean forcing the character of play. When you execute an exchange, most of the time your opponent has to re-capture, so you gain time to make another move.

This is the case when you are, for example, trading rooks on an open file and your opponent is forced to recapture with the queen. You can now bring your other rook to that open file with an attack against his queen, gaining a tempo.

When you have a huge lead in development it’s often useful to continue to maintain this lead by trading your opponent’s few developed pieces.

Always keep a favorable ratio of pieces that “play” against pieces that “do nothing”. You can see in the next game how black fell behind in development, since white increased the pressure very early in the opening by means of trades. 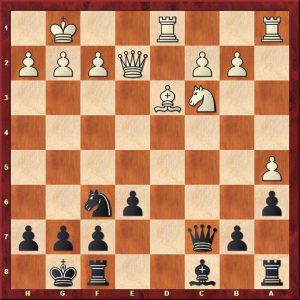 Black is a bit worse due to his lack of development. However, we know that this is only a temporary disadvantage and if he manages to play Bd7-Rd8 he will solve all of his problems.

Here white found a nice idea to keep his advantage by proposing the trade of black’s only developed pieces, the knight and the queen.

Trading pieces is part of the chess game and it’s usually a difficult decision to make. We face it not only one but many times during the game.

We hope you have enjoyed reading this article and learned something new to help you make good decisions when facing this kind of problems. Thank you for reading and feel free to leave any feedback!