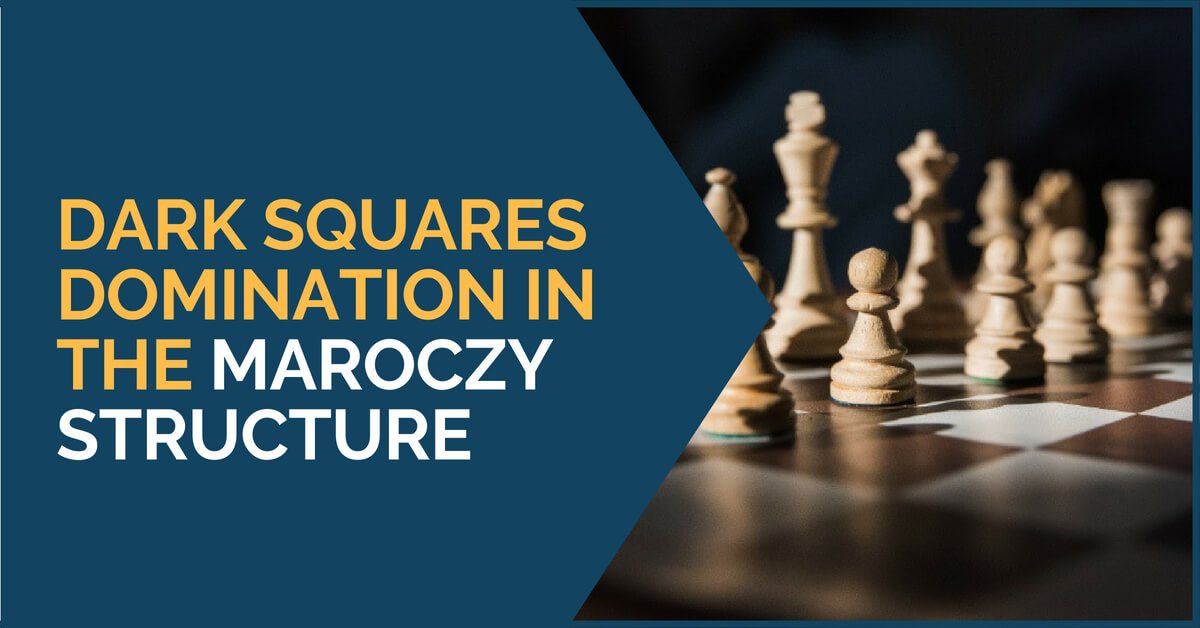 If you are a Sicilian player, you are probably already familiar with this structure that is primarily employed by white against systems such as the Accelerated Dragon or the Hedgehog. It is characterized by the presence of white pawns on e4 and c4, set-up that aims to restrict black’s typical freeing rupture, d6(d7)-d5.

White’s usual plan is to control the center, keep black in a passive position and restrict his counterplay by keeping covered the possible pawn ruptures he is aiming for. However, this system is not without dangers for white, as black has a few interesting plans to choose from. 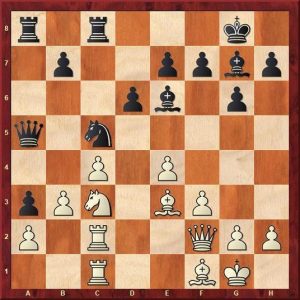 The Maroczy against the Accelerated Dragon

In this article, we are going to talk about the domination of dark squares that black is usually striving for if white allows it.

First of all, one of black’s main plans against white’s set-up is to trade knights on d4 and follow up with Nf6-d7, heading to the square c5 and at the same time offering the exchange of the dark-squared bishops.

To this idea white’s usual answer is to keep the bishops on the board by retreating his own to e3: 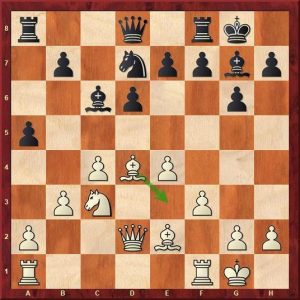 Why is this almost an automatic move for the white player and what happens after the trade on g7?

First of all, white is left with a bad light-squared bishop, which means that black can strive for a better knight versus bishop endgame where he will have pressure and his opponent will need to defend carefully in order to keep the balance. Secondly, black has another strong idea – create domination on the dark squares.

This is usually achieved by placing the queen on b6 (remember that, even white brings his queen to d4, for example, exchanges still favor black!), the e7 pawn to e5 and his knight to e6 via c5. From there, it can continue to d4 or to f4, depending on the position.

White’s position suddenly becomes uncomfortable and difficult to play, while black makes all the logical moves, as I’ve learned the hard way from the following game:

The idea of exchanging the dark-squared bishop should always be in the black player’s mind, as it can sometimes be achieved in surprising ways. For example, in the following example black forces the trade of the bishops and achieves the better knight versus light bishop endgame mentioned before.

With a dominant knight on c5, black puts in motion his queenside and creates more targets of attack. White has to stay passive and defend, which is never an easy thing to do.

Before showing you the full game, take a look at the diagram below and try to find black’s best move: 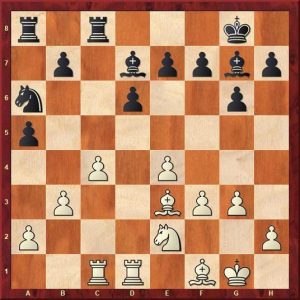 If you have found the best idea for black, check out the game below and pay attention to the technique employed by the Bulgarian Grandmaster to convert this slightly better endgame:

We will end this presentation with a typical tactical trick black can sometimes employ, based on the help of the same dark squared bishop on g7. It is a tactic black should always take in consideration when starting the attack against white’s pawns on the queenside with a5-a4 and one that is probably not so easy to spot if you haven’t seen it before and know the idea.

Take a look at the following position, where black has just advanced his pawn to a3 and white has replied with 18.b3.

How would you continue?

Now check out the answer in the game below and see how black converted his advantage into a win:

These are only some of the ideas that black can use against the Maroczy, but if you play against this structure and they represent a good starting point for further investigations. We hope you have enjoyed reading this article and playing through the games and you will get the chance to use these plans in your own games.