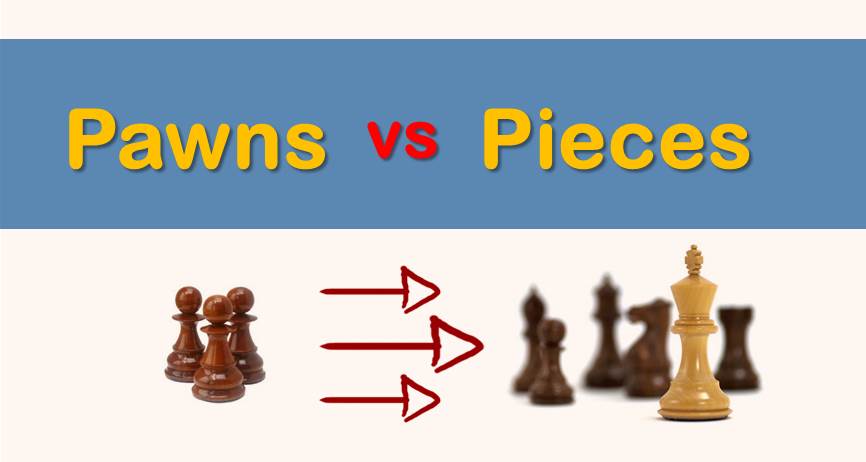 Continuing on the subject of the relative value of the pieces (see our previous article Pieces vs Queen), in this article we are going to have a look at positions in which the pieces are sacrificed for pawns.

The power of pawns shouldn’t be underestimated.

They are strong in the center when they are well protected, controlling space and they can be used to initiate ruptures trough the enemy’s lines on the attack. However, the highest strength of the pawns is noticed the most when they are passed and connected or far advanced in the 6th or 7th rank. Sometimes even a sole pawn can turn out decisive in the position. But the question is, are they worth a full piece? The answer is yes! And even two in some cases, as we will see in the following examples.

There are many types of pieces for pawns sacrifices and they can be classified separately. For example:

Now let’s have a look at some examples that show the power of pawns over pieces in different situations of the middlegame/endgame.

Pawn on the 7th rank 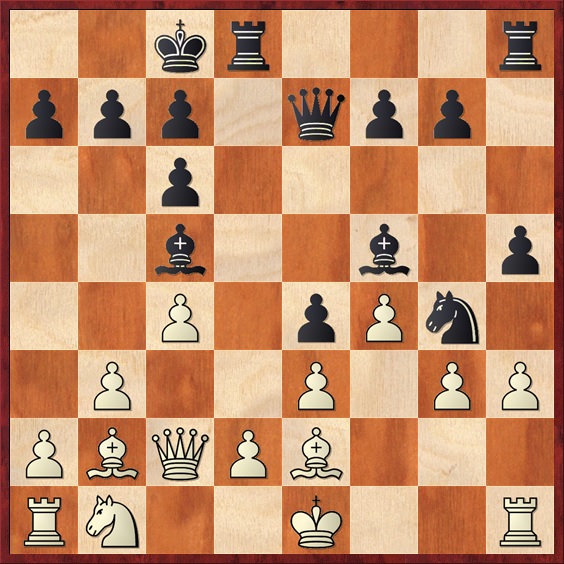 In this game black sacrifices a knight and a rook in order to obtain a powerful pawn on g2 that actively participates on the attack against the white king. This is certainly one of the many brilliant games by the former World Champion. 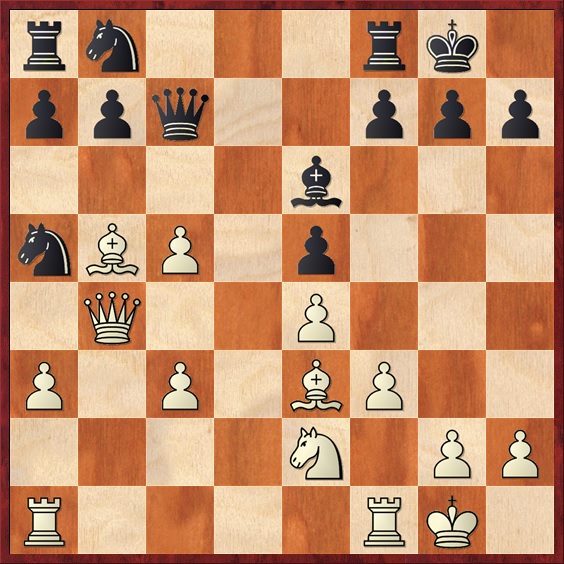 Before this game, this idea in the Saemisch variation of the Nimzo Indian defense wasn’t very popular. In this game we can see the former world champion Vishy Anand sacrifice a knight for a pawn but by doing this he makes his pawn structure better and gets some extremely strong central pawns that cover lots of space over the board. Wang Hao did not find the best way to defend and went on to lose. See the full details in the game below: 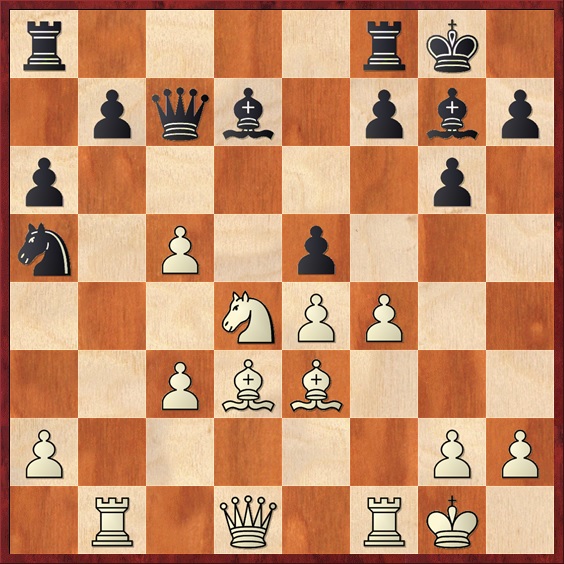 In the following diagram we have a typical Grunfeld middlegame. Black has just played e5, attacking the knight. Sakaev, playing with white, decided to leave the knight on d4 since after exd4 cxd4 he would get a strong pawn center and good prospects of attack on the kingside. 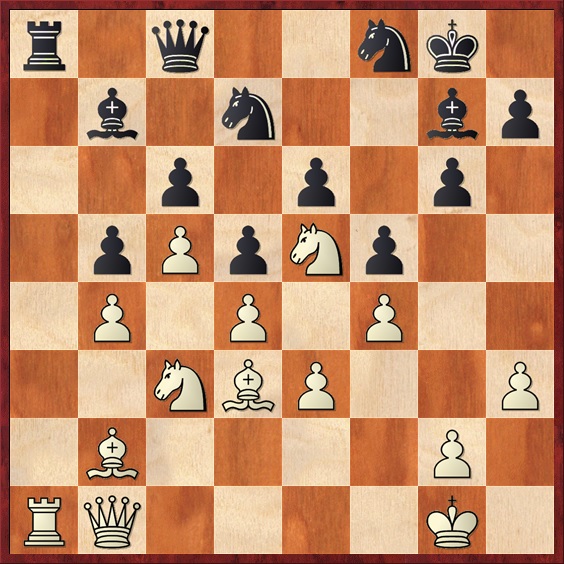 This position occurred in one of the games of the match for the world crown between Botvinnik and Bronstein. Bronstein, playing with the white pieces, has obtained a better game thanks to his space advantage. However, the position is locked and there are no pawn ruptures, therefore a sacrifice is needed in order to open up the position. Although white didn’t win the game, the piece sacrifice for two connected passed pawns on the queenside was correct and it has served as ground base for many similar positions. 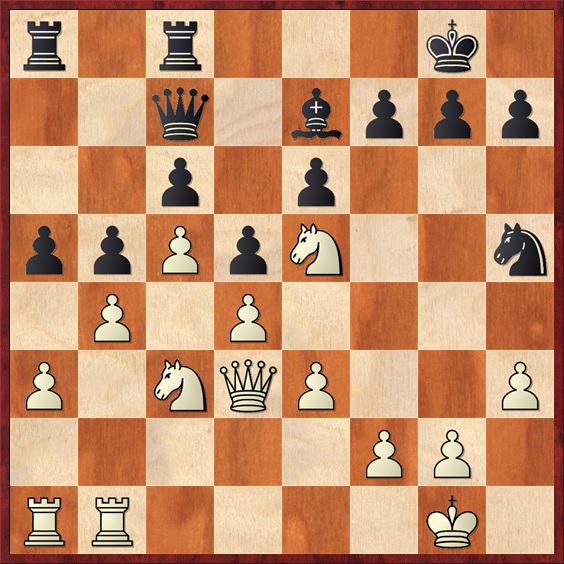 In this game we’ll see a similar structure as in the previous example. Although white does not have any bishop to sacrifice on b5 he does have available a pawn rupture with a3-a4 that he must play right away before black captures on b4 eliminating this possibility. Nyback playing with the white pieces against Carlsen correctly played 19.a4! here and after 19…axb4 he went 20.axb5 with two strong connected pawns on the 5th rank. Carlsen did have a chance to defend but couldn’t find it and eventually lost the game.

We hope that the ideas presented here will serve you as inspiration for your future games and you will consider such sacrifices for a strong pawn chain or passed pawn. Good luck!