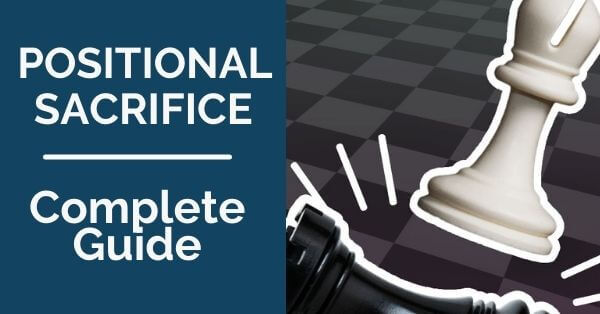 Except for the intuitive sacrifices that give great initiative and a strong attack, sacrifices can usually be calculated almost until the end. That means, you know exactly what you get in return; it is something “tangible”.

This is a sacrifice that is usually employed by strong players with the purpose of obtaining a long, steady positional pressure. In this case, you might not even get the sacrificed material back and you’ll probably play with a material imbalance for a long time. Sometimes taking the risk pays off, but sometimes it doesn’t and the players who execute it don’t win the game, but one thing is certain – they get to have control and put big practical problems to their opponents for most of the game.

How to sacrifice material?

One of the most famous positional sacrifices is the exchange sacrifice and here the player who immediately comes to mind is former World Champion Tigran Petrosian. He was a great fan of this sacrifice and employed it in many of his games, with different purposes. In one of his books, he dedicates a whole chapter to this element of chess.

A question that probably comes to mind by now is – but, if the outcome is not clear and I’m not going to get my material back, how do I even know whether I should sacrifice material or not? There is no rule you can follow here, sometimes the pressure will be more obvious than others. In some positions, you can recognize a positional/attacking pattern that makes you go for the sacrifice, but there will also be positions where you don’t need to do it; it’s purely by choice.

A player must trust his instinct in order to give up material without any guaranteed reward. The game will go on and it’s better not to be counting the value of the pieces outside the board.

The positional sacrifice can be executed for either attacking or defending purposes. Also, there may be certain motifs or ideas that could make you think about it during a game. Let’s make a shortlist and review some of the most common ideas of positional sacrifices in practice.

Destroying the opponent’s castle is a big achievement in any position, but even more when your pieces are active and ready to attack. In such situations, the material can be just a small price to pay. 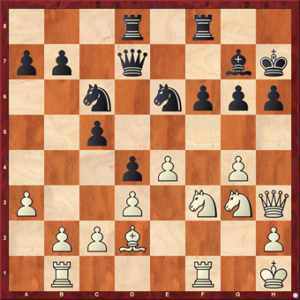 It is clear that white is the one who’s pressing, looking for an attack on the kingside. His pieces are well placed and ready to get into action, but black seems to have managed to put the breaks on white’s attack. It’s not clear how white can increase the pressure without sacrificing material. On the other hand, if white doesn’t act fast, black will simply bring more pieces around his king and start looking for counterplay on the queenside. For example, a move like …Ne5 could follow next, with ideas of b5-c4.

This means that white can’t lose momentum; how should he proceed?

In the game, Smyslov found the best move and only way through: 24.Nf5! Obviously, this piece’s sacrifice can’t be calculated until the end and is only meant to open the black king.

As Smyslov himself put it: “Typical piece sacrifice in such type of positions. But the idea of this sacrifice, in this case, is not to regain the piece immediately but to increase the attack by exerting pressure. Here, one should not calculate variations but play according to the general principle evaluation of a position.”

Black has to accept the sacrifice and now white can use the g file for his rooks. The game ended with a beautiful king hunt:

I also recommend reviewing the top sacrifices to win games.

Sacrificing material for the initiative

The initiative is a very important concept which basically means that you are in control of the game, creating threats and being active, while your opponent usually needs to stay passive and defend against them. The following game involves one of the most spectacular positional sacrifices I’ve ever seen: 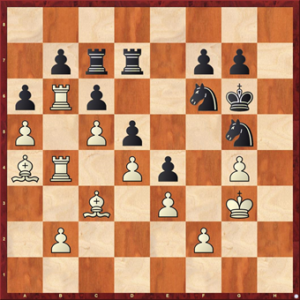 White has been putting pressure on black’s position for a while now, but can’t seem to be able to breakthrough. Black has only one weakness (b7), which he has defended very well. White also has the bishop pair, but with the closed center, they’re not very powerful. Granda finds an amazing idea to keep pressing and force his opponent to find some very precise defensive moves: 39.Rxb7!!

White sacrifices a rook for only 2 pawns, but the resulting position is very complicated, as he will get a very dangerous passed pawn. Black couldn’t find the best moves and ended up losing the game:

Sacrificing material to free a square for your pieces

A pawn is a small price to pay in return for a favorable position where the opponent’s pieces will be disrupted, while yours will get good activity. In the following game Garry Kasparov shows a typical motif where, by sacrificing a pawn, he cuts the activity of his opponent’s pieces and improves his: 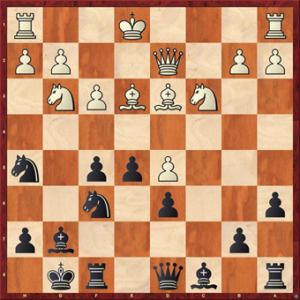 Garry Kasparov is another player who loved to sacrifice in return for long-term pressure. He loved to play with the initiative and he was very good in the attack. Here he finds a way of cutting down white’s light-squared bishop and opening his on g7: 15…e4! After white takes is, the point is to advance f4 and establish a blockade on e5. See how he went on to win the game:

You cannot always make a sacrifice with attacking ideas in mind. Sometimes a sacrifice can ease the pressure on your own position, remove a key piece in the opponent’s attack, or even set up some sort of fortress. One very famous example in this sense is from Petrosian’s game against Reshevsky: 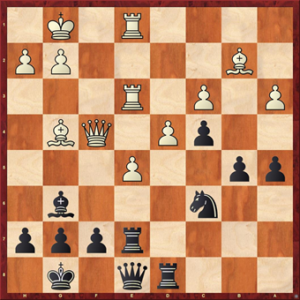 Petrosian was under a lot of pressure in this game. His opponent has the bishop pair and a beautiful center that will soon advance. Here he finds an amazing defensive resource: 25…Re6! The idea is to remove white’s dangerous light-squared bishop, but also fix his pawns on dark squares after the capture on e6. In the end, he managed to salvage the game and made a draw:

Looking for more on positional sacrifice? Here is a post on the 7 Greatest Positional Sacrifices to learn from.

Sacrificing material for a long-term edge

This is perhaps one of the most common ideas when employing positional sacrifice. A broken pawn structure, big weaknesses, badly placed pieces, playing with the bishop pair are all long-term advantages that players look for in a game, sometimes even at the cost of the material. There are many good examples of this idea, but in honor of Tigran Petrosian, let’s wrap it up with the following position: 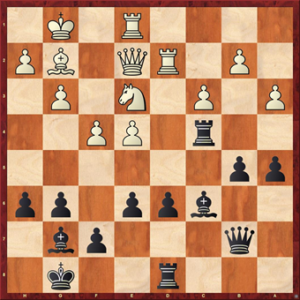 Want to learn more about this topic? Make sure to read more on The Double Bishop.

The idea played by Petrosian here is very well-known nowadays: 25…Rxe4! Black sacrifices and exchange for a pawn, but in return will get the bishop pair and a better pawn structure. White’s light squares will be weak after the disappearance of the bishop on g2 and so will be his king. Petrosian went on to win a beautiful game:

Want to include Positional Sacrifice in your preparation?