How to Play Against an Isolated Pawn 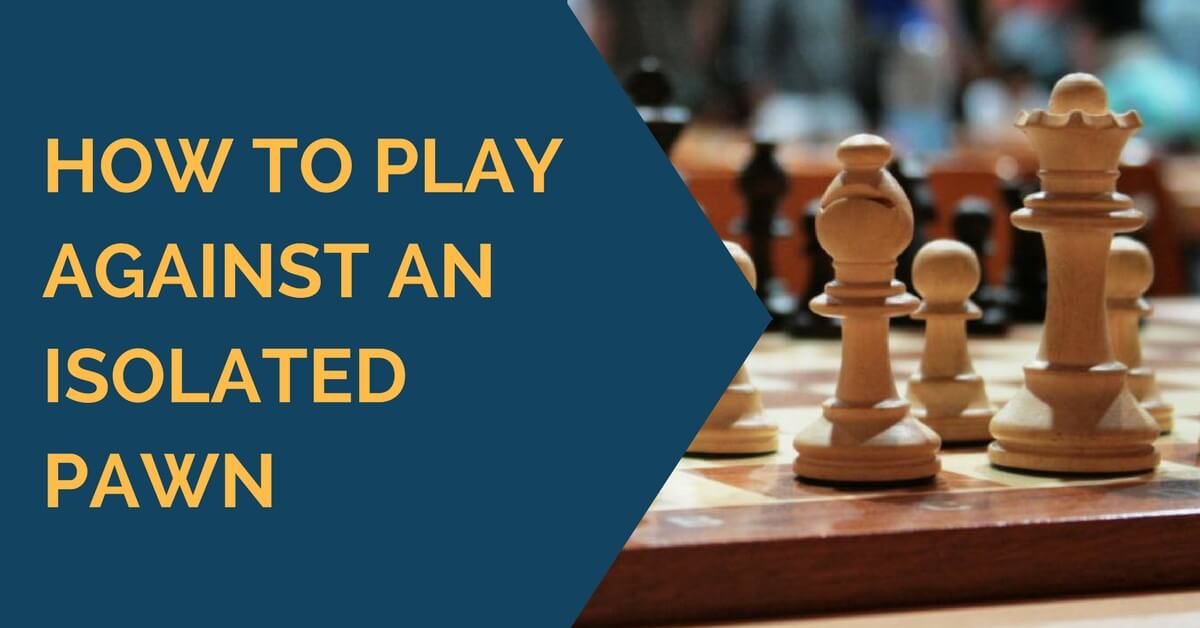 The isolated pawn is a very common middlegame theme. Thus, it is very important to know the strategy for playing with and against it. In my previous article I’ve covered the general ideas of playing with the isolated pawn, if you missed it, you can always review it here. The importance of this topic is related to the fact that isolated pawn positions can arise from a huge number of openings: Queen’s Gambit, Queen’s Indian Defense, Nimzo-Indian Defense, French Defense, Caro-Kann Defense (Panov Attack) and even the Sicilian Defense. In today’s article, I will describe the main plans for successfully playing against the isolated pawn. Let’s get started.

The main plus of the isolated pawn is that it provides a spatial advantage. A player that has the isolated pawn usually faces no problems with developing pieces. White controls semi-opened “c” and “e”-files, while, e5-square plays a significant role in this position. White usually tries to occupy this square with a knight [great-great outpost!]. Sometimes, an isolated pawn gives white some initiative on the kingside.

But there are also two disadvantages:

Let’s take a look at some examples when an isolated pawn is a potential weakness.

Before we get started with the concrete examples, let me tell you what are the most common ways for playing against the isolated pawn. Of course, everything depends on the position: your pieces’ activity, king’s safety, opponent’s weaknesses, etc. But there are some general strategies that grandmasters apply in their games to beat the isolated pawn.

What are the strategies?

In this example, I have demonstrated how you can force your opponent’s pieces to defend the isolated pawn while you can utilize another plan – create a weakness or start an attack on the kingside.

In the endgame, a player with an isolated pawn usually faces some difficulties. The most unpleasant piece ratio is the knight blocking the isolated d5 pawn against the light-squared bishop.

In this example, you’ve learned how to play against an isolated pawn in the endgame.

One of the methods playing against the isolated pawn is simplifying the position and moving to the endgame. That’s exactly what’s shown in our next example.

Another popular plan for playing against an isolated pawn is turning the pawn into a “pair”. It created another pawn formation. You will learn the basic ideas of playing against the “pair” in the next example.

I hope that utilizing those plans we help you at becoming a more successful chess player, not only in the middlegame but in the endgame as well.