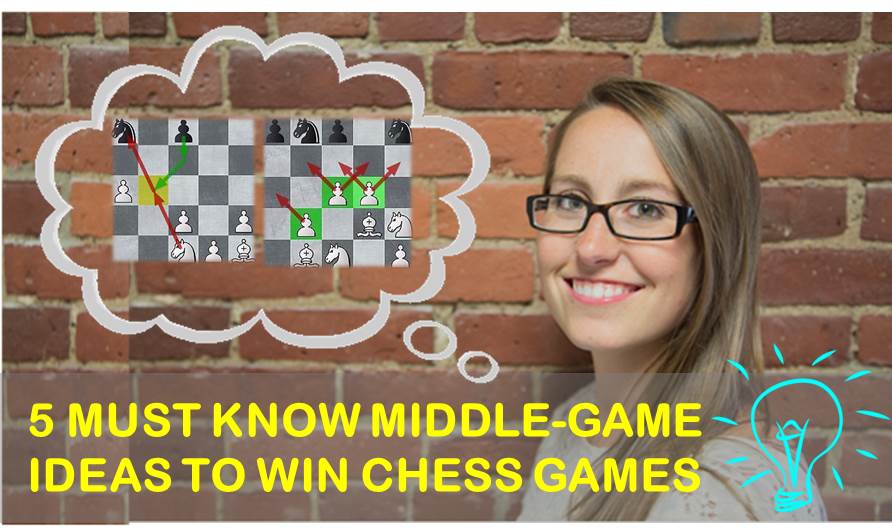 In today’s article, we will take a look at some of the very simple middlegame ideas that many players ignore. Chess is a game in which every little detail counts. The higher level a player gets the more “details” they understand and pay attention to. For example, at the beginner’s level, the doubled pawns are just aesthetically unpleasant. However, on the master’s level, they may become something that the whole game revolves around. It may be something that will separate a win from a draw.

Middle game chess idea #1. Bishop should be positioned in front of your pawn chain

A bishop is a “long-range” piece. It works best when there is a lot of open space. In open positions, bishop controls a lot more squares than in locked-up ones and thus becomes a much more valuable piece. In order to make your bishop effective you want to place it on the open diagonals in front of the pawn chain. Placing the bishop behind the pawn chain is usually not a good idea since it reduces its mobility. 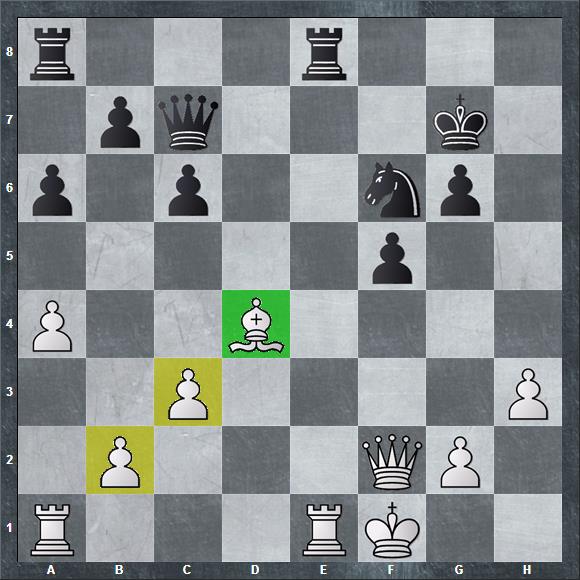 In chess, the side that controls the center usually has an advantage (assuming other factors are equal). Center control provides extra space which in turn translates into the superior ability to maneuver the pieces. That factor is very important for both attack and defense. Fighting for the center is a very important element of positional chess. 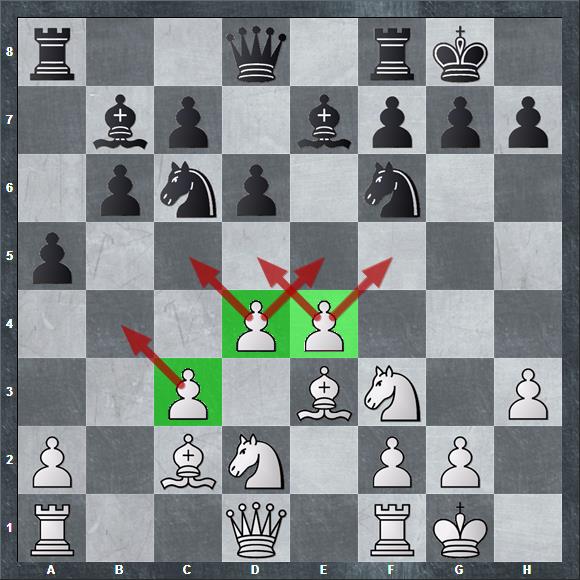 The outpost is a square on the opponent’s side of the board that is not controlled by any of his pawns. That fact makes this square extremely valuable if occupied by the knight. The knights are especially strong close to the center and next to the opponent’s king.

Placing the knight on the outpost square creates a lot of discomfort for your opponent, gaining space, reducing his pieces mobility and creating threats. 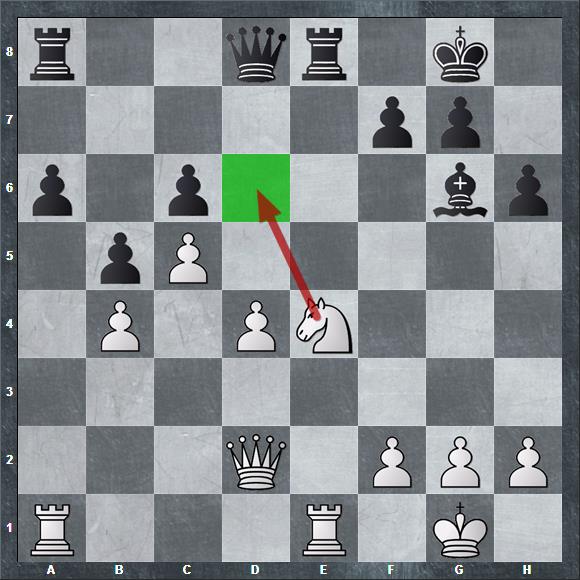 Most amateur players have trouble thinking positionally. These players are typically proficient at positions that involve the following elements:

1) They are positioned on the open files

Placing the rook on anopen file is similar to placing the bishop on an open diagonal. Rook on the open file is like fish in water. That is where it operates at its best. Not only the rook protects the file from being occupied by the opponent’s pieces, but also it creates an immediate pressure on his position. If you see an open or semi-open file, you don’t need to think long for your next move. 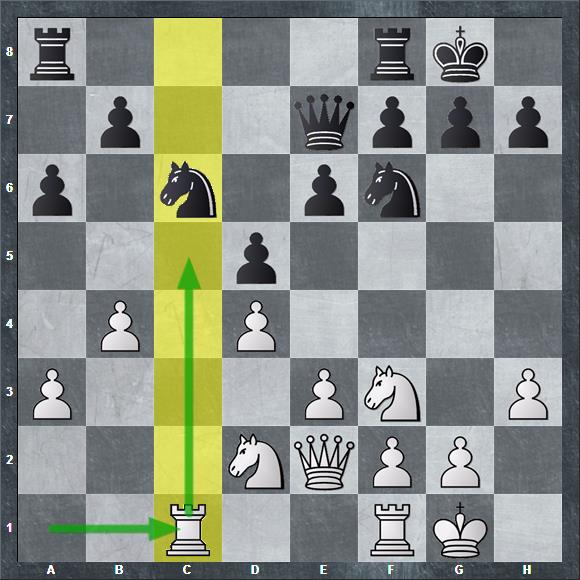 Exchanging the king’s fianchetto bishop is not a good idea since that seriously weakens the king side and makes the king more vulnerable. The king’s side fianchetto bishop is a strong defending piece.It controls many important squares which immediately become weak if the bishop is gone. Generally speaking, you should plan your game so that you can keep this bishop for as long as you can. 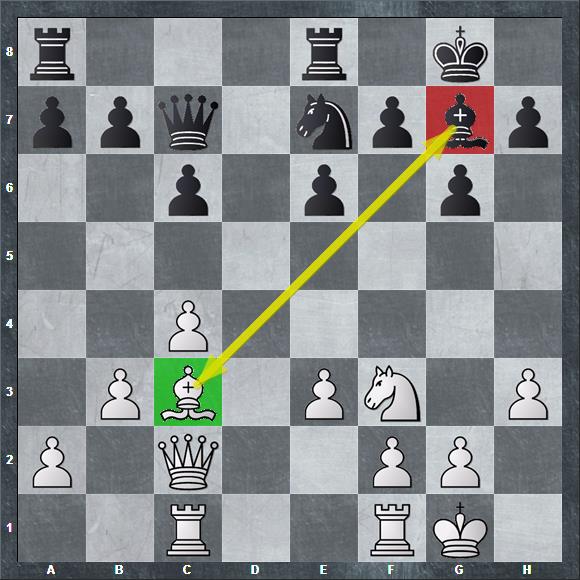 Pushing the pawns in front of the castled king typically should be avoided. Not only it weakens the king, but it also opens diagonals and creates many unprotected squares. Both of these factors can be used by your opponent to create dangerous threats. There are indeed exceptions to this rule, when pushing these pawns is favorable. That is typically based on certain positional and tactical motifs. For example, when your opponent cannot attack you king due to closed nature of the position. 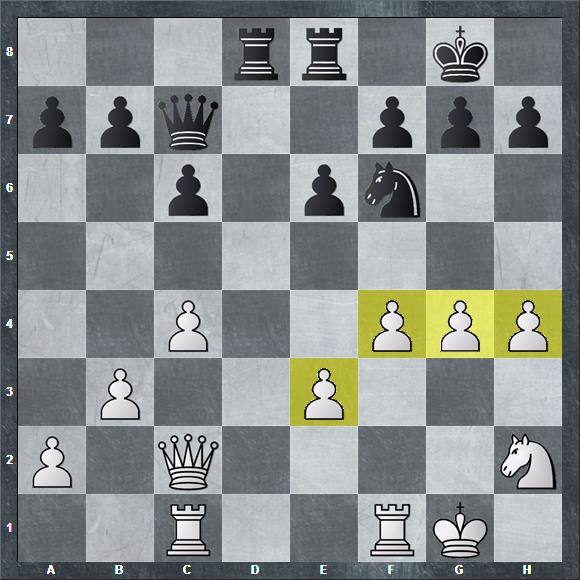 Predicting your opponent’s moves is a very important ability to possess for both attack and defense. By reading the opponent’s plan it is possible to eliminate or at least to reduce the damage from his treats. If you see it early enough, most of the losing combinations, forks, pins and mating nets can be avoided. 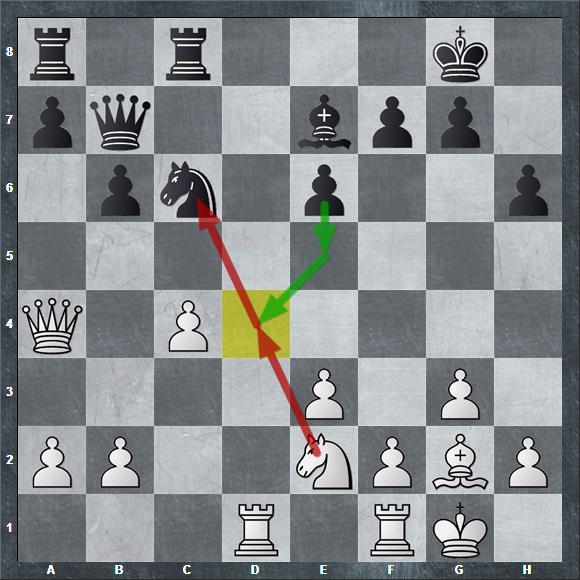 Ready to take your chess on the next level? In the Positional Package you will learn about the positional factors that will help you to make correct decisions in your own games. By using these factors, you will be able to easily get an upper hand in many standard positions. All you will need to do is to simply structure your strategy around these concrete elements and to claim the game!

It will help me to improve my games

simple and effective article!thank you very much.

That’s a very nice tips you just gave in that article..Thats really Instructive
Thank You Very much for teach us…!!!!!