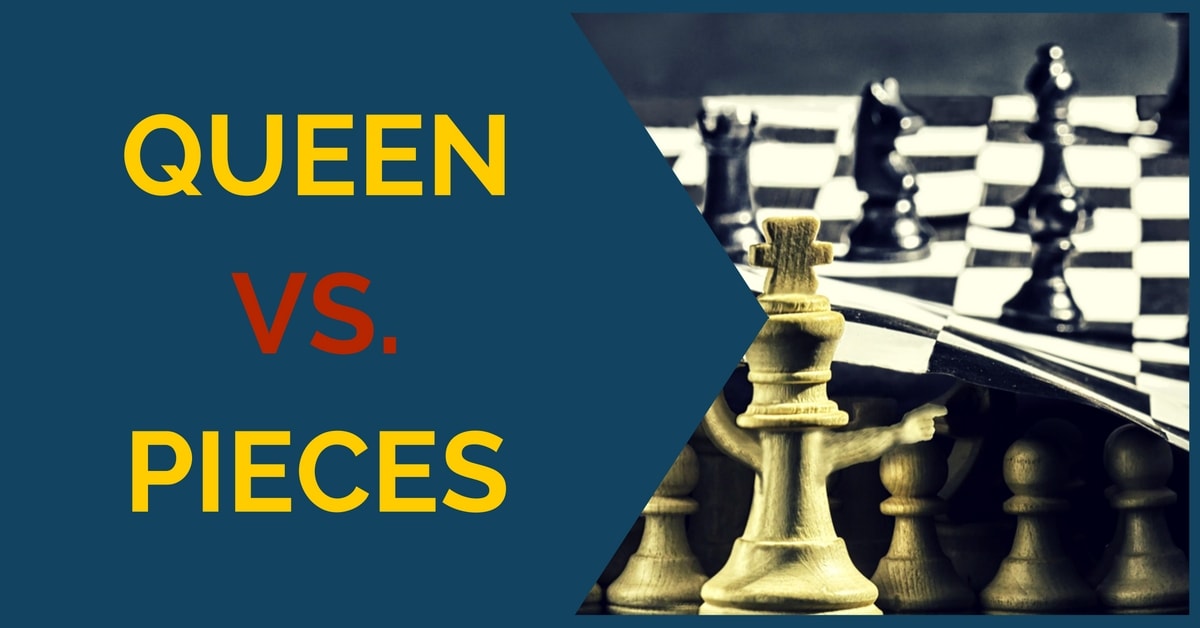 Very often in our chess games we face difficult decisions at certain stages of the struggle. A queen sacrifice could be one of them. More than a sacrifice, we would like to call it an unbalanced exchange of our queen for two or more enemy pieces.

A sacrifice usually has a certain outcome, but an unbalanced trade is by no means clear; the battle will go on and your pieces will try to resist or outplay the opponent’s powerful queen. In this article we will have a look at some positions where one side decides to let go of his queen in order to obtain the initiative or simply as a resource to shake off the opponent’s pressure.

The trades listed above are often seen in practice and their evaluation solely depends on the position on the board. It is very important to keep in mind that the key is the coordination between the pieces / pawn structure. If the side with pieces has good coordination, meaning that the pieces defend each other or can be placed in protected squares for an undetermined period of time, then the pieces can be at least as good as the queen. If there is no coordination at all, then the queen will do harm by creating threats or simply taking material.

Let’s have a look at a few examples:

Here is a theoretical line in which the queen can’t outplay a rook and a bishop + pawn due to black’s excellent pawn structure and piece coordination. 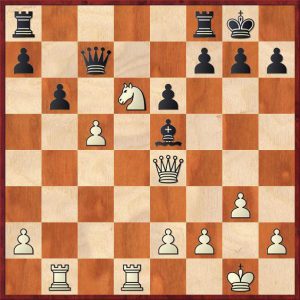 Pay attention to the position in the diagram above. Black is under certain pressure; white has a powerful knight on d6 and is attacking the black bishop on e5. What to do here? Black has a nice resource to reduce white’s initiative to nothing. See the details in the game below:

In our next example we’d like to share a beautiful game played by the Spanish GM Josep Manuel Lopez against the legendary GM Daniel Cámpora from Argentina. 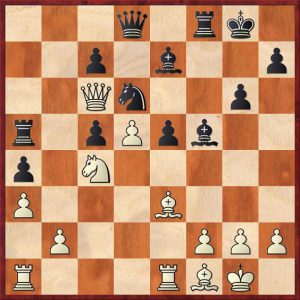 White had entered in a somewhat risky variation by taking a pawn on b7 and had seen this position as the critical moment of the game where black can win the queen by playing Bd7. GM Lopez considered that against Bd7 white could take on a5 and then on c6, winning two pieces and a pawn for the queen which, in general, is insufficient material compensation. However, black’s fragile pawn structure and white’s superb coordination gives him an advantage. He was right. See the whole game in detail here:

The former world champion Vishy Anand is world famous for his amazing fortress resources. In many games he created an unbreakable position out of nowhere, depriving his opponent from winning, despite his material advantage. In our next example we see Anand sacrificing the queen in order to comfortably equalize against Topalov: 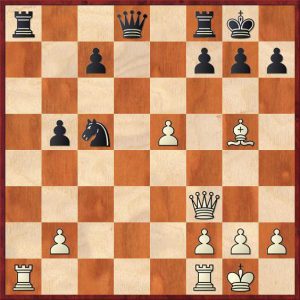 This was a critical line in the Open Variation of the Spanish Opening until the Indian genius came up with a strong novelty. Anand sacrificed the queen with the move 18…Rxa1! building a fortress with a monster knight on e6. Again, we see here the importance of piece coordination plus pawn structure. White has a very difficult task winning this position, if possible at all. See the details here: