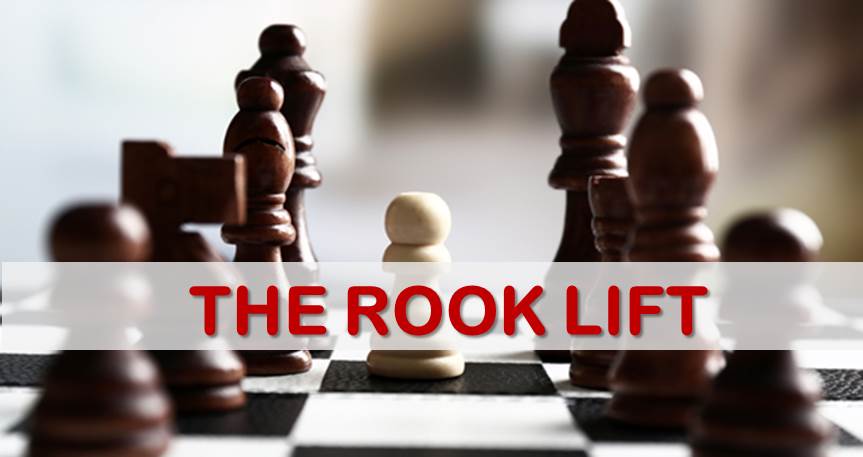 Knowing how to attack is very important in chess. Just as a player must train his positional understanding by learning new concepts and putting them in practice, attacking skills can be improved by learning the standard maneuvers of each position. Attacking is not always easy. Many times a player can’t rely on calculations and he must play by instinct.

One very important thing to always keep in mind when you’re on the attack is:

This basically means that you must make sure that the number of your attacking forces is at least equal to your opponent’s defenders. If you have more, then better for you. Of course there are exceptions but there always will be.

Rooks are very strong on the attack. They are pieces with great speed; with a couple of moves they can reach from one side of the board to the other and do an effective job. For example: 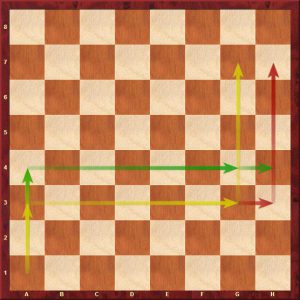 For every player with a little bit of experience the maneuvers in the diagram above will be familiar; nevertheless, this doesn’t mean we won’t forget about them and that we always play them when we can. Many times these ideas are simply overlooked or not valued correctly.

In this article we will examine some positions in which a “rook lift” (as it’s known) is played in order to create an attack against the king. We suggest our readers to carefully study the examples below: 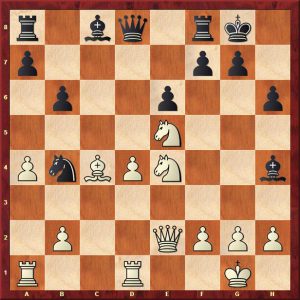 This was a recent game between the GM Tomashevksy (2743) and GM Mchedlishvili (2618) – a typical isolated queen’s pawn position. In these positions of IQP the idea of employing the rook in attack along the third rank is very common. White’s next move shouldn’t be a surprise: 16.Ra3! followed by Rh3 gave white a very strong initiative. See the details here: 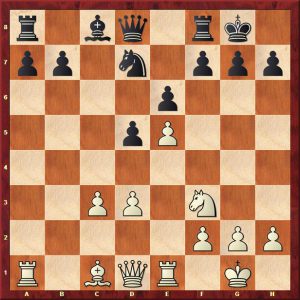 This position belongs to the game GM John Nunn versus GM Vereslav Eingorn. Eingorn is a well known specialist of the French defense. In the diagram above black is a pawn up but white has some compensation due to black’s weak dark squares and some attacking prospects on the king-side.

But how would you improve white’s position? That’s correct! White played 13.Ra4! followed by Rg4 with pressure against the black king. Later on black did not defend very well and lost quickly. See the details here: 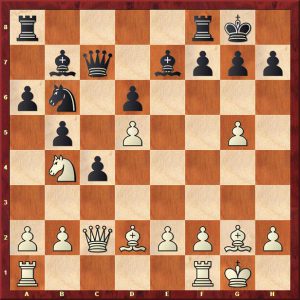 This position is very interesting. It belongs to the game between the legends Alexander Beliavsky and Ljubomir Ljubojevic. Looking at this position we see that the action is taking place on the queenside and center. Black seems to be ok at first sight, but if we look deeper we see the black king has no defenders. All black’s pieces are on the queenside. Beliavsky came up with an excellent idea to exploit this factor and take over the initiative. Try to find it! Details here: 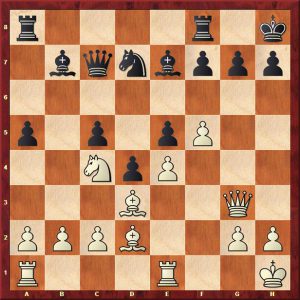 The position above is from the game Adams,M versu Suetin,A Hastings 1992. We have a position with a blocked center in which black seems solid. White doesn’t seem to have any immediate threat – the diagonals are blocked, black has everything defended.

So what to do? Super class player Mickey Adams found a plan to put black under severe pressure. It is surprising how quickly black’s position broke down after the moves 19.a4!-Ra3-Qg4-Be2-Rh3! After that all white’s pieces were doing something active and white went on to crush black. See the details here:

We hope that our readers have enjoyed playing through these examples and learned something new about the rook lift. Very often this possibility is present in our games and we should always give it some thought.

Ready to start winning games with Rook Lifts? Check out our store and articles: