Paul Keres (1916-1975) was a prince among men. He was among those few players never to have won the crown in spite of sheer talent and achievement. In his younger years he was known for adventurous play and astounding combinational skill.

In later years he moved towards perfection and became a superb strategist with flawless technique. He still played combinations in the autumn of life and they were of the purest gold in the striking phrase of Harry Golombek.
Keres was also a brilliant composer of problems & studies and carved a niche for himself in this field. Here is an astonishing piece of wizardy.

In the following position White is a queen up and still the king looks doomed on account of the threat of 1…b2+ followed by promotion to queen.

But no, he would survive and go on to triumph with a magic display followed by minimum show of force in the end. Your turn! 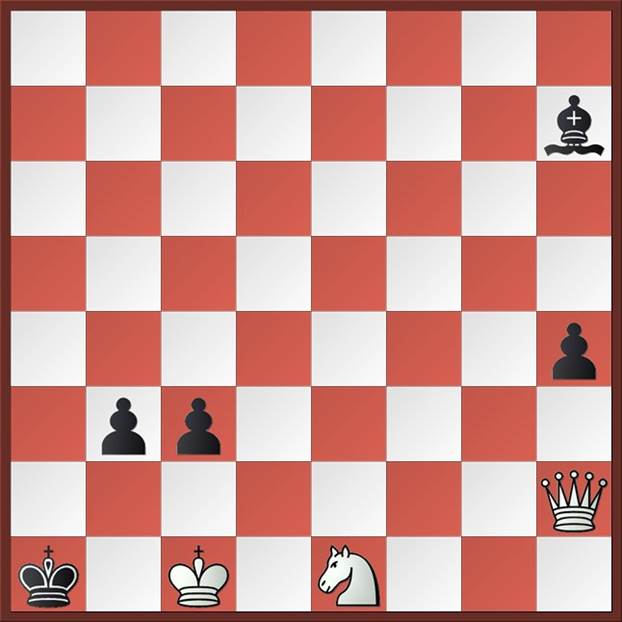