The 9th Chess Composition Tournament organized by WFCC* drew strong entries in every section. As for endgame studies, it was fascinating to see both veterans and young talents competing. 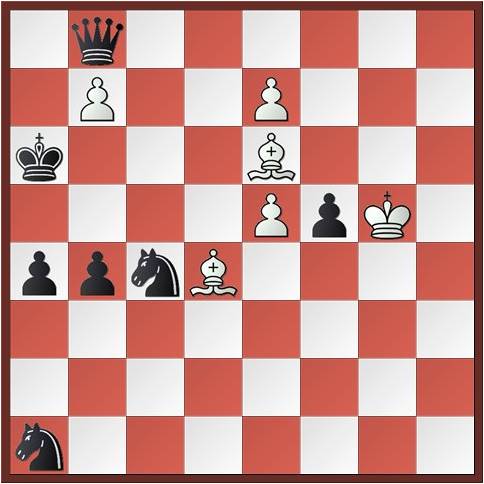 (For newcomers: Take it easy. Get the idea right. If it takes long, wait and see.)

At the outset Black is nominally a queen up. But White is going to have his own queen soon and ease her out. In turn Black has a counter plan. If he can capture the pawn on b7 and exchange queens he can draw. First, he has to neutralize and capture the bishop on d4.

There are two points to be noted in the resulting play.

1) A simple move by White like Qxa4 is easily met by …Na5, handing over counter play to Black.

2)White king has to keep away from checks and at critical moments make a move preventing Black queen or knight from escape.

Courtesy: The image of Sergiy Didukh is taken from WFCC. Thanks, Ms Julia Vysotska!

Dear reader,
Sorry about the delay.
Thanks for your patience.
Now you can see the solution.

Still trying to figure this thing out! :-*