ChessBase 13: In Search of The Treasure Trove

Our columnist introduces ChessBase 13 program with special emphasis on its database-Ed.

I made my first acquaintance with ChessBase a few years ago when I offered some of my writing to this site. “Do you use our program?” asked Mr. Frederic Friedel, the venerable paterfamilias. 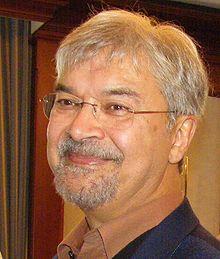 Now the only ChessBase program I knew of was CB Light, a nice freeware for viewing games. In those days it didn’t have a big database and an engine to speak of. So I merely shrugged my shoulders. Mr. Friedel, however, had no use for half measures and sent the program immediately. 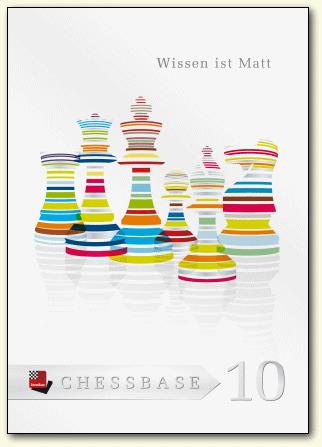 He must have come to regret that decision later! Over years whenever I have wanted to find fault with the analysis here, I have merely used the program and pointed out with glee, “Your own little fellow says so!”

That first version I used had four board designs and my favourite was pink. 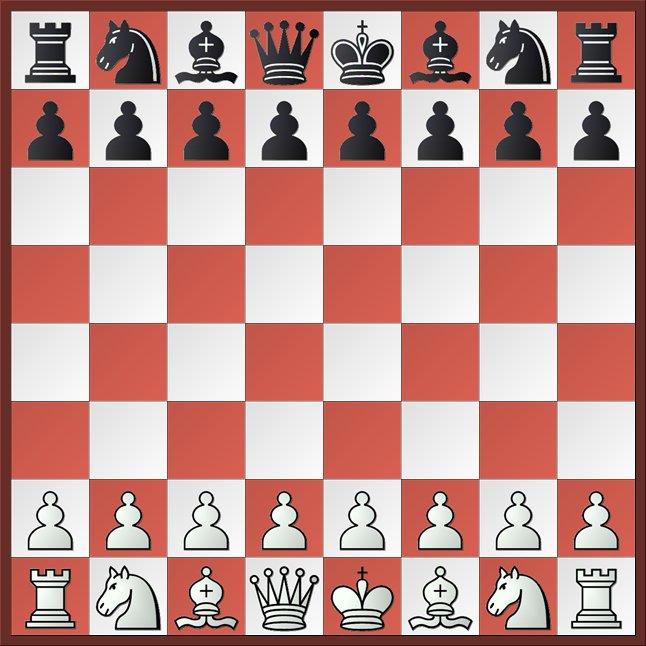 I still have a soft corner for this beauty and ChessBase 10 has remained with me for good. In the current version there are other colours to choose from. I am afraid I don’t fancy them so much. So I have settled for maple, it’s standard anyway.

The current program became available in November, 2014. I wasn’t eager for change and resisted it for quite some time. But then ChessBase 12, the program I was using so for began to show signs of exhaustion. So now I have this new program. If you are a newcomer and check with ChessBase you find it has four versions. You begin to wonder what to choose. So here is a simple comparison. The Download version is the most basic. It comes with access to Online Database with now more than 7 million games. No more.

The Starter Package is better, with Big Database 2016 (6.4 million games from 1475 to 2015) and update till the end of the current year. The games in Big Database have neither analysis nor commentary. For this reason it’s often seen as a poor cousin of MegaBase that has as many as 68,000 annotated games. I for one do not share this perception. The Big Database allows you to follow a game independently.

After each move you ask yourself, “why” or “why not?” You enter your own variations and try to understand how the game was won, lost or drawn. Those lines that you see by yourself are your precious contribution to the game. But are they sound? So you ask wise old “Fritz” what he thinks. The old boy knows a thing or two. 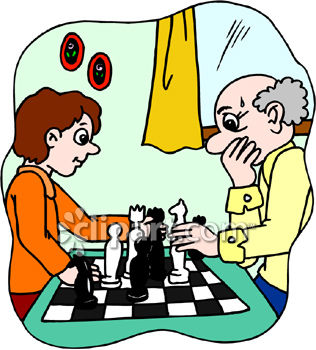 On occasion you are not happy with his answer. Some times his way of thinking is too impersonal, not the way we ordinary mortals think. Then you ask the players what they think. If they tell you, well and good. Otherwise the commentators will fill in the gaps.

Those are the annotated games in MegaBase. Currently annotations have become a collaborative endeavour with Let us check and ChessBase Cloud facilities. That’s nice. But no matter who says what, do use your own grey cells in the end for judging a position.

Now that you have the database before you where do you begin? One way is to search for miniatures, say, games with 20 moves. When I started I was looking for the shortest of them all. Out of curiosity I set the parameters to 0 moves and was astonished to find 67,500 entries. They mention the names of players, the event and the result. But no moves! If you are a practical player you start cursing these entries for being of no use to you. But if you are an historian or archivist they are of interest as they offer valuable clues on how or where the game can be found. Any way these entries with zero moves form only 1% of the database. So they should not be a cause for concern to the practical player. 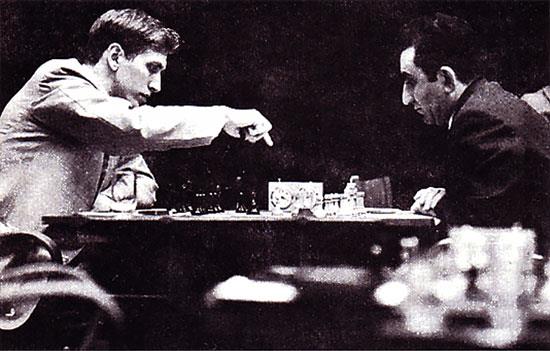 This database also includes a memorable blitz match of 24 games played between Kasparov and Kramnik way back in 1998. 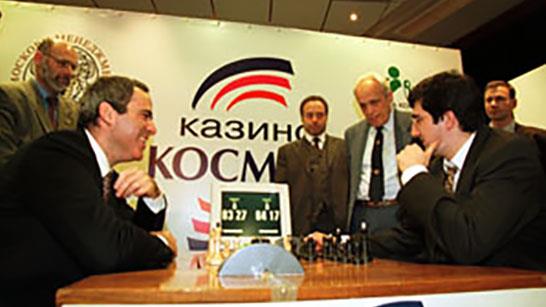 Here is one of them:

A terrific performance by Garry! It speaks for the courage confidence of his young rival that even after this loss he finished with an even score, 12:12 (+ 6,-6, =12)! Two years later he made history, vanquishing Garry himself to claim the world crown.

A chess database is never finished. It’s constantly evolving. Old games are forever found and new games are added every day. On occasion it also needs a bit of correction. For example, a CC game may find its way into an OTB database or vice-versa. (A miniature, Keres-Menke,1933 included here was in fact played in a correspondence tournament.)

This calls for a closer collaboration between chess historians, players and database specialists. It’s also necessary to widen the parameters so that non-standard items like training or offhand games are included. A case in point is the following miniature that was played in the house of Alois Nagler, President, Zürich Chess Club. With just 5 seconds a move, Keres and Bronstein created a masterpiece.

A game that Anderssen and Morphy would have approved!

If you are a newcomer to this program, a few names present a problem. Don’t worry, you are not alone. Do you know why Ian Nepomniachtchi is such a successful blitz player? 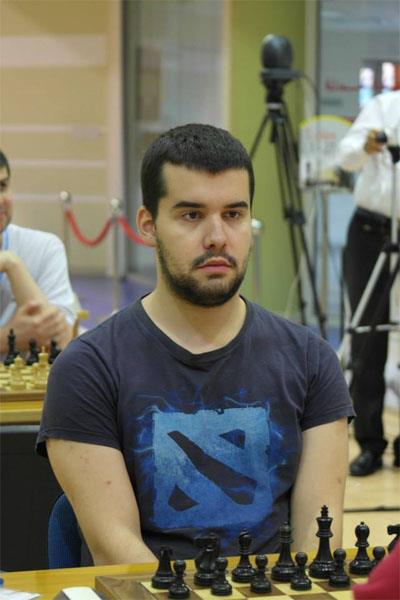 Most of his opponents spend precious time just getting his name right on the score sheet and run out of clock (I am kidding!). In this database he appears as Nepomniaschchy. Now that’s phonetically right, but you would hardly find it elsewhere. 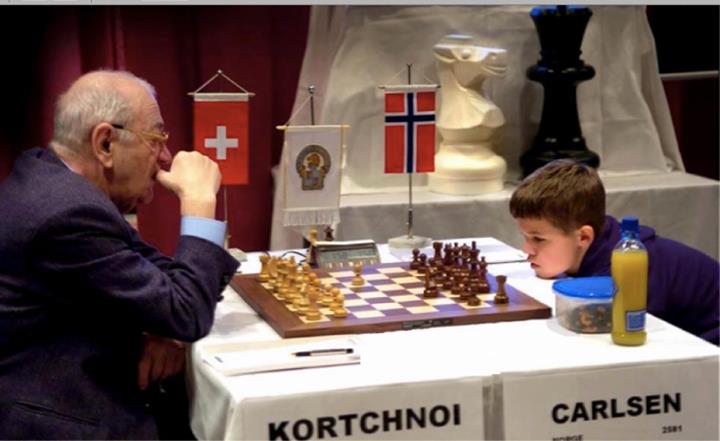 Similarly you won’t find Viktor Korchnoi on this database. After some effort you see him

under another name, Kortschnoj, Viktor. But the results are worth the trouble. There are more than 5000 games to his credit including the encounter you see in this picture. It took 40 moves for the warlord (“Kortchnoi” as shown here) to subdue the wunderkind who was to become the world champion.

When you see a database of 6.4 million games you are overwhelmed. It is not for nothing that we have the proverb: Chess is a sea in which a gnat may drink and an elephant may bathe.

But there are nuggets everywhere if you know how to find them. Here are three remarkable positions from the database. You are invited to give each a reasonable try (solutions next time!).

1) The following position was reached in a simultaneous display by Dr. Emanuel Lasker. Black, a gifted amateur is several pawns up. But White has a shot that turns the tables on Black. Thereafter he still needs a precise move order to win. Lasker missed it and lost! Can you do better? 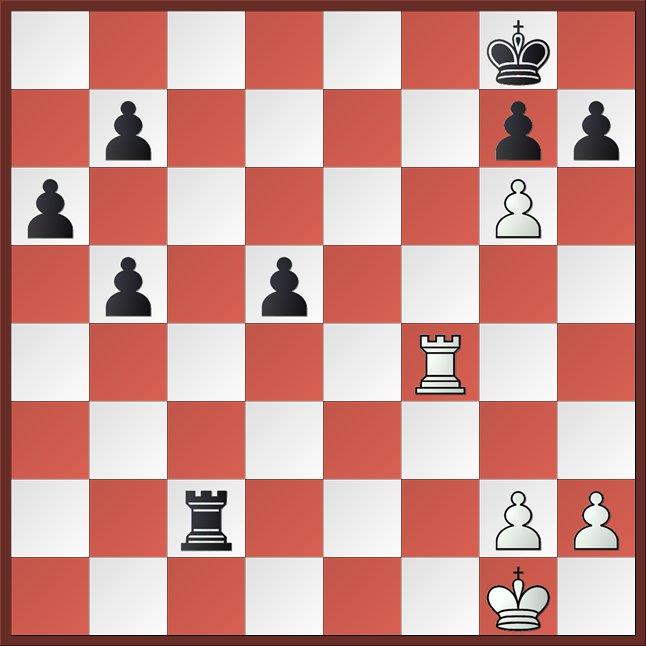 2)This position was reached between a veteran grandmaster and a modest IM. The young man had boldly sacrificed the exchange and valiantly advanced his forces deep into White territory.

But now he saw the White rooks invading the third rank and felt intimidated. Sheepishly, he offered a draw. To his chagrin the grandmaster would have none of it and announced, he had already sealed Re6+ winning.

Thinking there was nothing left, the young master resigned without resuming play. What would you have done? 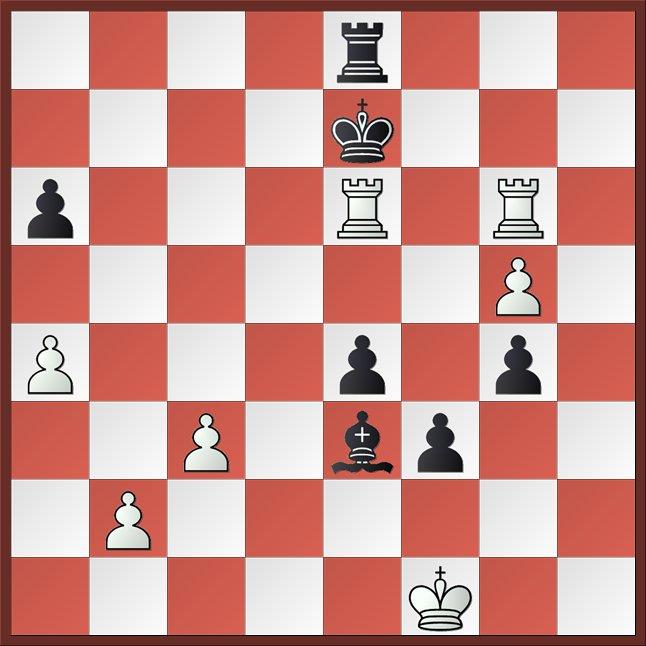 3)Here Black’s advantage is obvious. He can win a pawn, exert pressure or go for more drastic measures. Which course of action do you prefer? 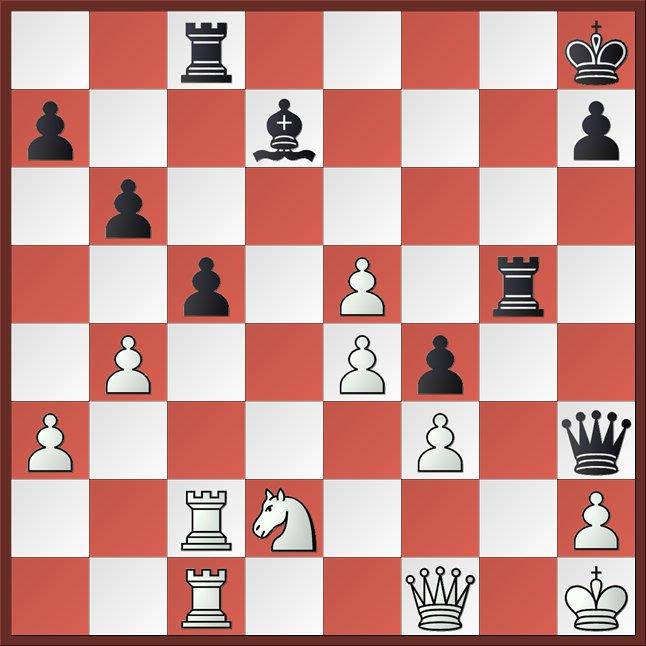 Now that was fun! It was Tim Krabbé whose writing led me to these curiosities, but I found the complete game scores only here in this database. You would find more such curiosities if you know where to look. 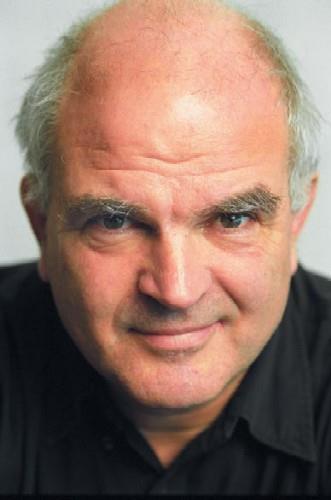 We live in an age of ratings and numbers. But if you are looking for inspiration Elo is not everything. You would find plenty of it in a genius like Nezhmetdinov. When you see his games your imagination would take wings and soar to heights. 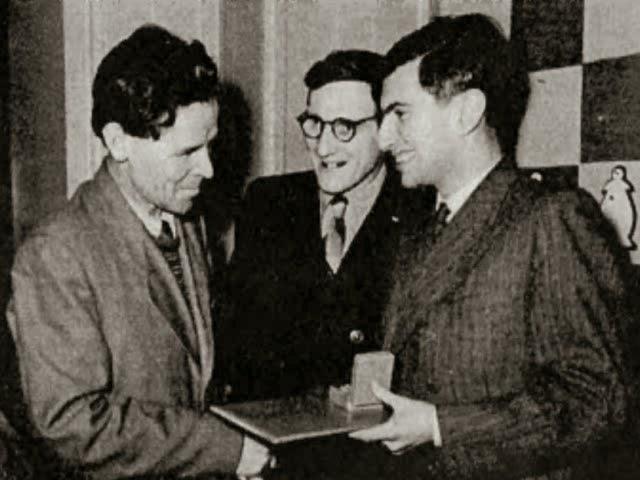 Here is the final phase of a combination by the old maestro and the gallant loser was all admiration for it. No prizes for guessing his name, though. 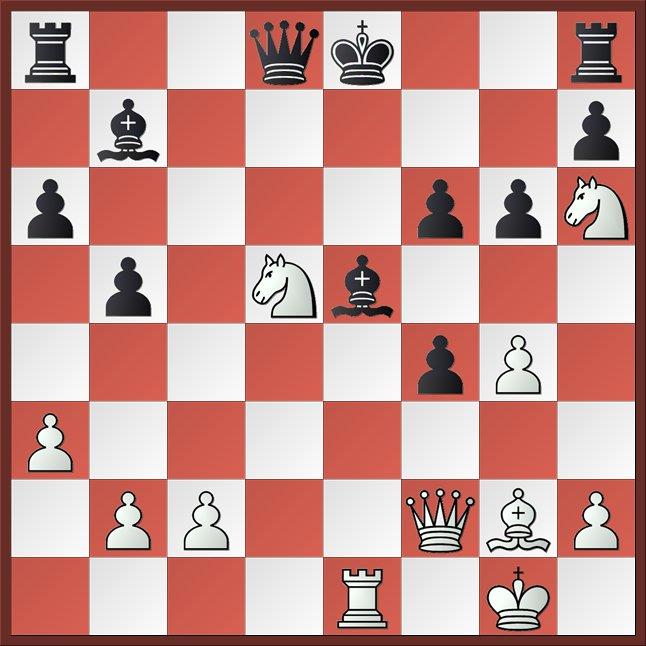 That was elegant, wasn’t it?

To return to the database I have not said a word about the galaxy of chess stars who have lit up its horizons … from Labourdonnais and McDonnell to Carlsen and Karjakin. If you look across centuries you will see how they have all worshipped at the same altar of Caissa. Find their thoughts, feel their agony and share their ecstasy. This database comes to life. Amen.

For more info. on the program, see the publisher’s site.