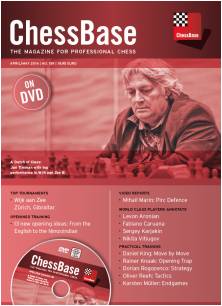 I was delighted to see Jan Timman on the cover of this issue. Way back in 1980s and 1990s Jan represented the Western challenge to the Soviet domination of world chess.In a way he was a worthy heir to Fischer and Larsen. He also founded the New in Chess Magazine that continues to thrive after 25 years.Nowadays Jan plays less. So it was a pleasant surprise to see him in Wijk-aan-Zee Tournament this year. Playing in “B” section he shared second place with Baadur Jobava with 8.5/13. Not bad for a 62-year-old veteran and the games were always interesting…

In the following position he missed a combination that he found only after the game.

Can you see what he did?* 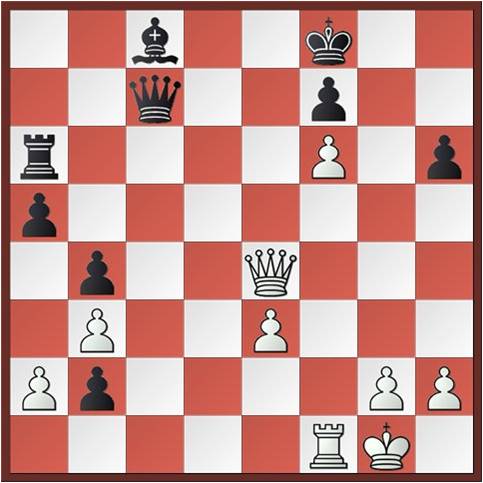 In the “A” section Levon Aronian won and in this issue you would find a special report and all the games. But the event everyone waited for was Zürich Chess Challenge with Carlsen participating in his new avatar as world champion. He had come in for some serious criticism for his negative tactics in the title match at Chennai. In Zürich, however, he was a cavalier without reproach, playing in uninhibited style. Deservedly, he came first. But the tournament was not a one man show. Caruana won the rapid event and along with Aronian beat Carlsen, drawing close to him in the final rankings. This issue includes games from both the main event and the rapid tournament. Blitz games, however, are missed. The most dramatic encounter in the main event was obviously the game, Nakamura – Carlsen. 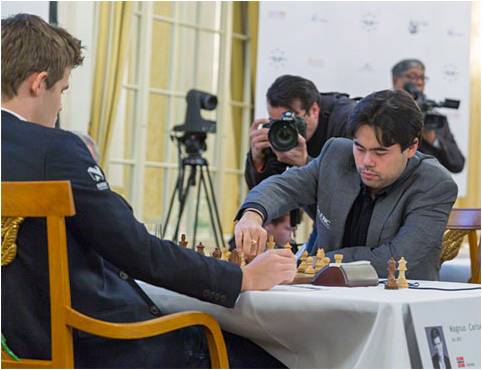 Here is the critical position after 36th move. 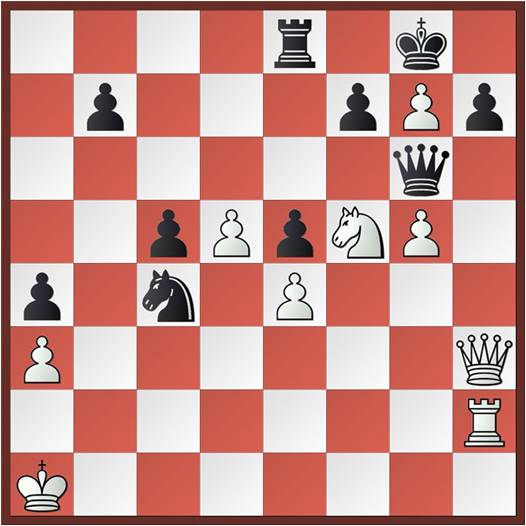 Black’s position is desperate. The queen is tied to the defence of h7 and the rook has to keep vigil over e7. If the knight moves, White marches on with d6. As for the king, he is paralysed. It appears that White can win any which way he wants. How about 37.d6 winning a piece? Now that’s what Nakamura did and lost the game! So what should he have played?

But there are other roads to Rome. Carlsen himself suggested waiting with 37. Rh1! and Black soon runs out of moves.

In fairness to Nakamura it should be mentioned that he was in dire time trouble and took recourse to a move that turned out to be a mirage.

This issue also covers Gibralter Open won by Ivan Cheparinov after a rapid tie-break with Nikita Vitiugov and Vassily Ivanchuk. I was curious to know what happened to Vassily. He survived more than one scare and went down before Vitiugov in a wild game.

The other game between the duo was drawn. 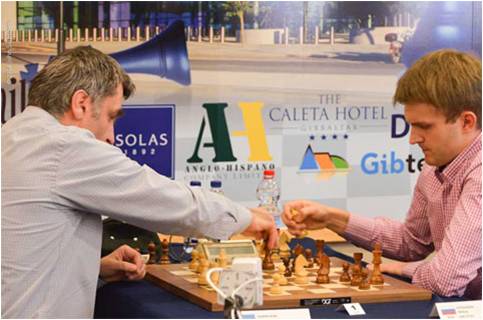 This brings me to other sections of the issue. There are as many as 13 opening surveys from King’s Gambit to Queen’s Indian. Among them Moskalenko’s essay on Budapest and Marin’s piece on Winawer are noteworthy. However, it’s Martin Breutigam’s writing on King’s Gambit that is the icing on the cake. I used to believe, John Shaw’s recent work, The King’s Gambit (Quality Chess. 2013) was the last word on this opening. Breutigam’s analysis, however, advances the frontiers of theory further.

(John Shaw’s work still deserves to be read, though).

Of late contributors to CBM have shown a remarkable interest in the evolution of theory. In this issue landmark games by old masters, Rubinstein and Maroczy receive attention. So also games of Petrosian and Korchnoi. Every bit is relevant and nothing out of context. Garry would have approved.

In addition there are trademark sections on strategy, tactics and the endgame. In all there are 1759 OTB games of which 92 are annotated. Last, but not least there are 41 CC games annotated by Robert Alvarez and Juan Morgado. I would have loved to see a little more prose by way of explanation in their notes. These veterans know and we need to share their understanding.

For more info. on this issue, check out the Publisher’s site.

Note: We shall wait for readers’ feedback and see if they can spot the combination that Timman missed-Ed.

Readers did spot the combination when it was offered as an exercise elsewhere:
http://www.thechessworld.com/learn-chess/33-problems/381-its-your-move-11