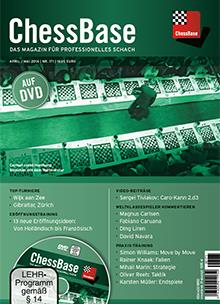 The chess world is (arguably!) divided into two camps, those who love Magnus and those who don’t.Suppose, you do not belong to either camp, like the author of these lines, you have to avoid being caught in the crossfire. In this issue of ChessBase Magazine we have reports on three major events. The first is won by Magnus, the second and the third by Nakamura.

Now if you are a Magnus fan you would prefer the report on Wijk aan Zee that he won with a handsome score of 9/13 ahead of Caruana and Ding Liren. For a bonus, you have his own annotations to his game with Michael Adams. The opening also turned out to be a surprise, with the world champion playing the Italian Game.

(if you read between the lines he is serving notice on his opponents that they would better be ready for non-Spanish Openings, and not merely the Berlin they have “always” expected from him)

Magnus’ road to victory was not entirely smooth. He was bogged down by draws in the first four rounds. He did not have to worry about a draw in the next, though. Loek Van Wely, his opponent is not known for signing a peace treaty with anyone. Having competed with the likes of Kasparov, Karpov and Timman he is hardly daunted by Magnus. In an era obsessed with ratings King Loek still plays with a devil-may-care attitude. 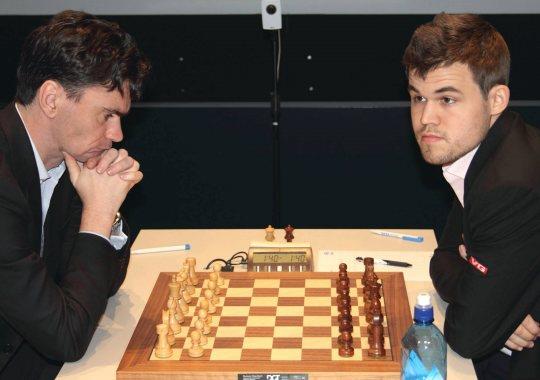 Here he was on home turf and the public expected a roaring fight. They were not disappointed with the rivals going for each other’s throat like angry lions. The tension reached its peak with Magnus sacrificing a piece and overplaying his hand. Unfortunately, Loek was in desperate time trouble, missed his way through complications and lost. In this issue the game is annotated by Igor Stohl. Here is a critical moment. 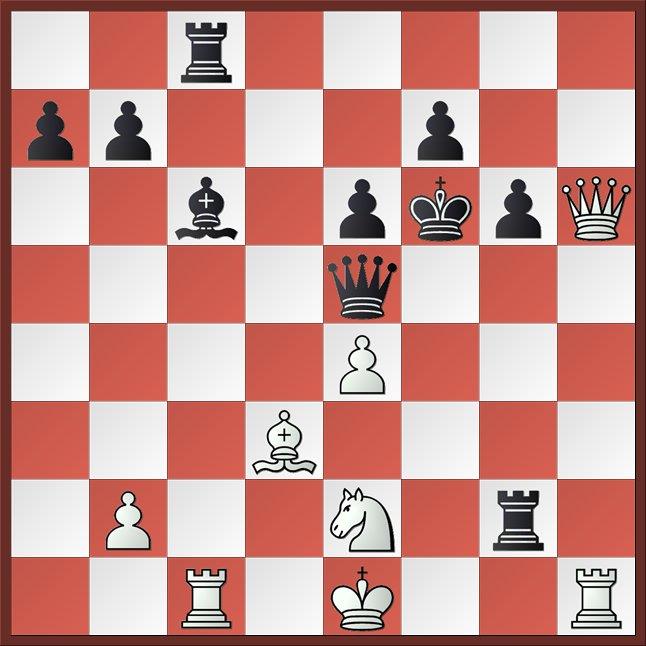 In the position here Magnus has three pawns for the piece. But his forces are disorganized and the king is in a precarious position. With time running out Loek must have thought he just needed one move to prevent…Qxb2 and also create threats of his own with the rook on the third rank. So he played 29.Rc3 and there followed a tragic denouement:

In a comment on ChessBase news page Mihail Marin wrote,

Apart from Carlsen, Caruana and Ding Liren have also annotated a game each from this event.

Zürich Chess Challenge won by Nakamura was a strong field with Anand, Aronian, Kramnik and Shirov. The new format of blitz+rapid games resulted in some fascinating encounters. Here is a clever finish by the winner. 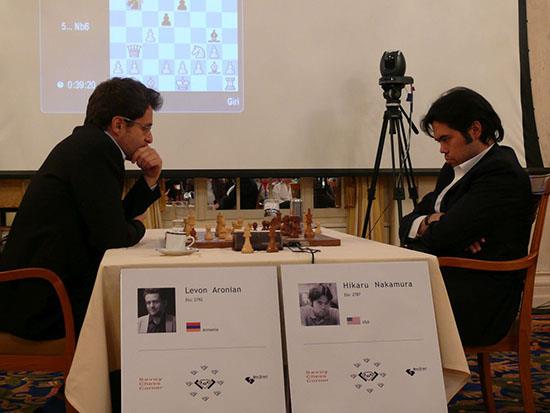 The Gibralter event turned out to be a race between Nakamura and Vachier Lagrave and Hikaru could prevail only in the Armageddon game. For once Anand could not get going in this open event (255 players!) and lost to Frenchman, Adrien Demuth and Benjamin Gledura, a fresh talent from Hungary. 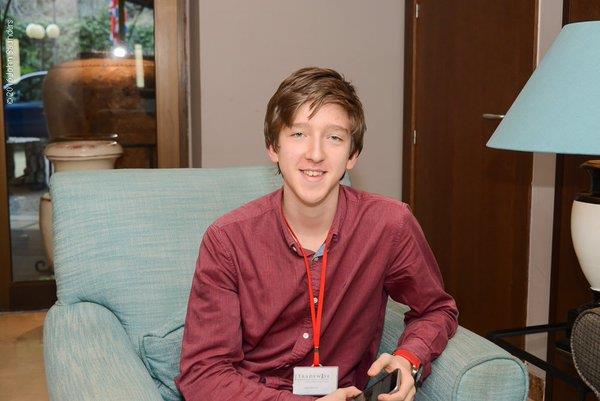 Mihail Marin annotating the performance by the 16-year-old writes:

This was the greatest upset of the Gibraltar tournament, but for Gledura it was not the first time he had defeated a World Champion. In October 2015 he eliminated Anatoly Karpov with 2-0 in the semi-finals of the rapid Highlander Cup, organised by the Judit Polgar foundation in Budapest.

In all, this DVD has 2324 recent games of which 93 are annotated in detail. Among the commentators I would single out veterans, Stohl and Marin and youngsters, Krisztian Szabo and Baskaran Adhiban. The latter won Group B event at Wijk aan Zee and presents two of his games in this issue.

This brings me to other sections of the Magazine. There are 12 opening surveys ranging from the English Opening to the French Defence. Among them Bronznik’s article on the Chigorin and Robert Ris’ essay on the Blumenfeld deserve special mention.

Bronznik is an authority on the Chigorin, having written a detailed treatise on it way back in 2005. 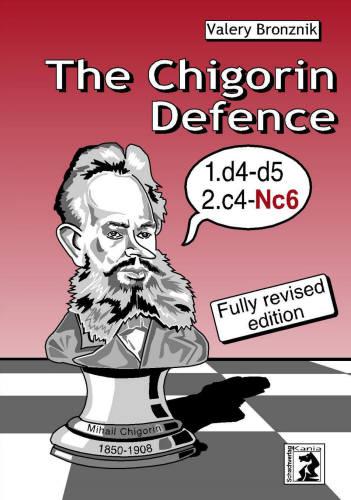 Valeri Bronznik on the Chigorin defence

The Blumenfeld is a fascinating gambit wherein Black offers a pawn on the b-file hoping to build a powerful centre. None other than Tarrasch became its victim when Alekhine employed it against him in Pisyan1922. In the present survey Robert Ris draws his inspiration with a countergambit 5.e4!, an idea of Akiba Rubinstein.

Robert Ris on the Blumenfeld Gambit

Among the opening videos I enjoyed Simon Williams’ exposition of a fun line, 1.d4 Nf6 2.c4 g6 3.h4!?. Not entirely safe, but enough to frighten an opponent who knows only the main lines. 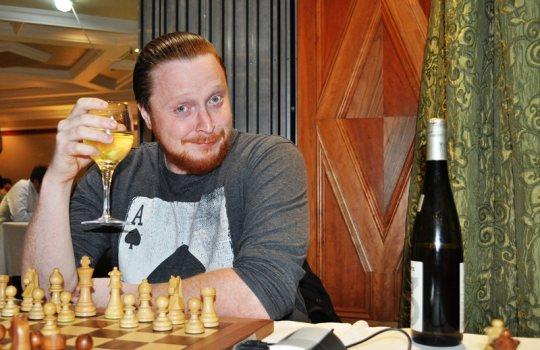 Simon Williams on the Anti-Grunfeld

If you are an aspiring tournament player there is a lot of arsenal here that you can use for days to come.

More info. on the DVD is here and here.