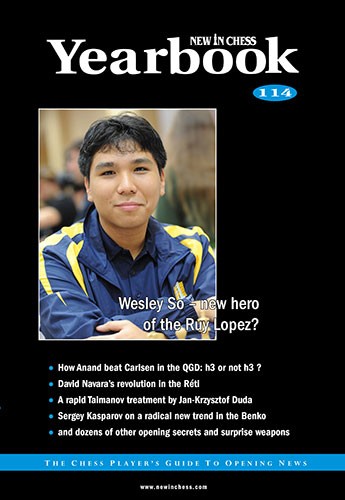 “David meets Goliath!” They said when Wesley So faced Vassily Ivanchuk at Wijk-aan-Zee Tournament this year and they weren’t wrong. As Black, So came up with a TN in Ruy Lopez and trounced the Ukranian maverick. 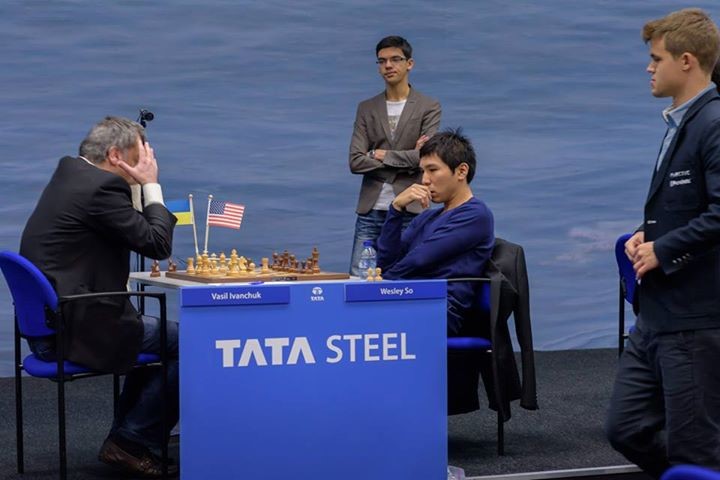 The game appears with deep annotations in this yearbook.

(You can also see a detailed commentary in New in Chess Magazine, 02/2015)

But it was the other Ruy Lopez that caught my eye. This was played more than a century ago by Capablanca in a simultaneous display. His opponent was Edward Lasker who later distinguished himself both as a chess master and author. An exhibition by Capablanca was a celebrity event and received a lot of publicity. 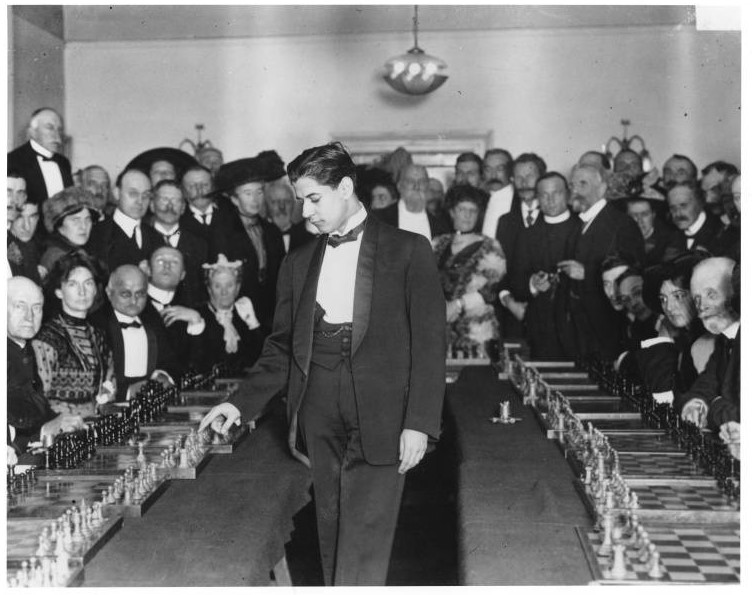 (Capablanca at a Simultaneous Display, London 1911)

But the game in this yearbook was played in a smaller event with only seven players and received comparatively less attention (score: +7 -0 =0).

It was one encounter that Capa could have lost and his young adversary produced the first surprise:

A blunder or a novelty? 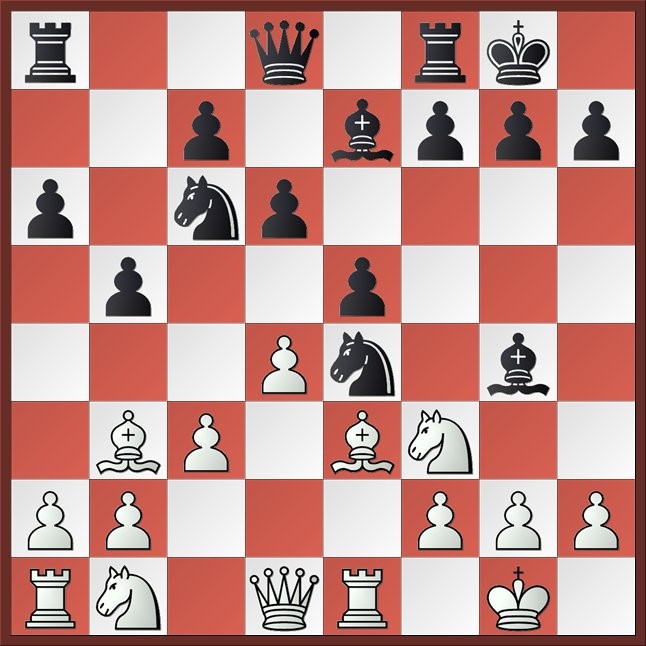 The answer to the question is given in an opening survey by René Olthof in this yearbook. While I still remain sceptical about the move I am impressed by the research Olthof undertook to trace the provenance of the game. I had seen such work only in another work, Capablanca in the United Kingdom (1911-1920) (Moravian Chess. 2006) 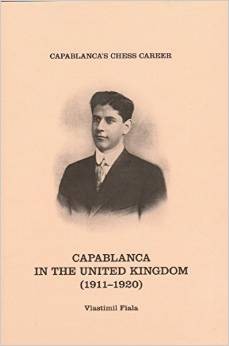 For the sake of our readers I have simplified his annotations a bit and added explanation wherever necessary.

The analysis of the final phase is worthy of study.

There are as many as 27 opening surveys in this yearbook ranging from Sicilian to Slav Defence. Among them is an article on an unusual variation of Queen’s Gambit Accepted:

The line can be played both the sober way and the crazy way. Here is a brief glance at the analysis. The comments are mine.

I have a couple of issues with this yearbook. One is the careless usage of Indian names.

Now there is no player by the name, Sartosh Vidit. There is a well-known grandmaster, Vidit Gujrathi and Santosh Gujrathi happens to be his father. Similarly Swapnil Dhopade is an Indian IM, and Sunil Dhopade, happens to be the father. The Indian chess players have been on the international scene for a long time and some of them happen to contribute to the yearbook also. Surely, it is not beyond the resources of New in Chess to get these names right.

The other is the casual, offhand way in which some contributors bring up matters that belong to private space and not public arena. It deserves to be discouraged.

Otherwise a lot of work has gone into the preparation of this yearbook. The Forum alone is packed with theoretical novelties. Among other features I would single out Glenn Flear’s book reviews. The grandmaster spares no one. He can be both trenchant in his criticism and judicious in his comment. One can read, reflect and learn from such writing.

1) The image of Ivanchuk-Wesley So encounter is captured by Ms Alina l’Ami.

More may be found on the official site and the Facebook Page .

Thanks to Mr. Michael Ruffing, Administrator