In the current column on ChessPublishing.com the author draws attention to another important theoretical battle from the recent world championship match-Ed.

Ever since the world championship came to an end I have been looking at the analysis of openings from the Match at ChessPublishing.com. In chess as in life nothing succeeds like success. Carlsen re-wrote the script for quite a few theoretical battles and it has affected the writing of even the best experts. Here is Ruslan Scherbakov on Game 5:

It was surprising and at the same time nice to see the Marshall Gambit played in the world title match. Vishy Anand was ready to discuss the main lines, but Magnus Carlsen chose a very rare path…

Really… was it played?

The opening sequence 1.d4 d5 c4 e6 3. Nc3 c6 4.e4 dxe4 is called Marshall Gambit only because it is intended to sacrifice a pawn with 5.Nxe4 Bb4+ 6. Bd2 Qxd4 7.Bxb4 Qxe4. However, Magnus had no intention of trying the gambit. He merely led us down the garden path with a different move order: 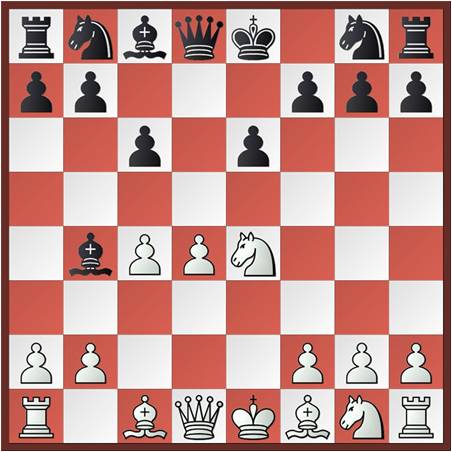 he played 6.Nc3, a line that is not seriously taken by theory books. Perhaps it needs be re-christened Anti-Marshall Variation.

If we set aside this issue of nomenclature, Scherbakov’s analysis of opening is in perfect order. He should know as he is the authority on the subject.

To return to the Match, Anand said, it was Game 5 that broke his spirit. 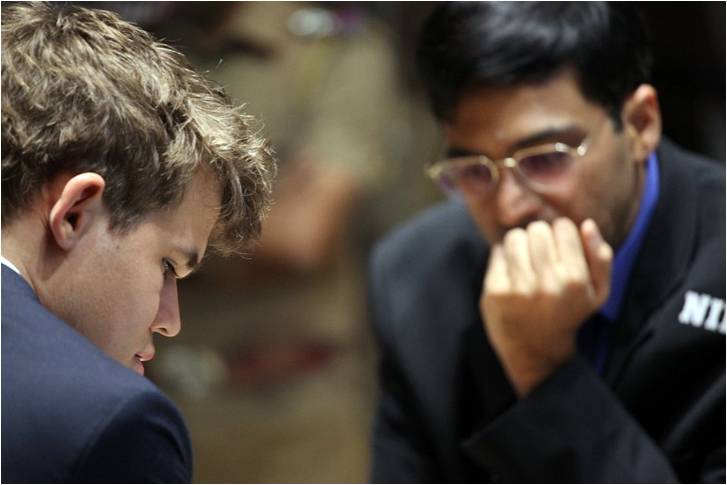 “I could have played solidly… but I was “inspired” by the idea of active counterplay in the hope of seizing the initiative. I had two options: an easy draw or go all out for a win. When I considered the first option I subconsciously began to accuse myself of cowardice-I’d never feared dynamic risk versus anyone! It was a mistake, though not a fatal one… I suffered some kind of inexplicable loss of reason. Out of nowhere I made problems for myself & then couldn’t fix my mistakes by solving quite simple problems. Afterwards I felt that evening, I’d lost not one but five games at once.”

Where did he go wrong? Scherbakov identifies each point of crisis in the game and explains what Anand should have played. However, he overlooks one possibility. 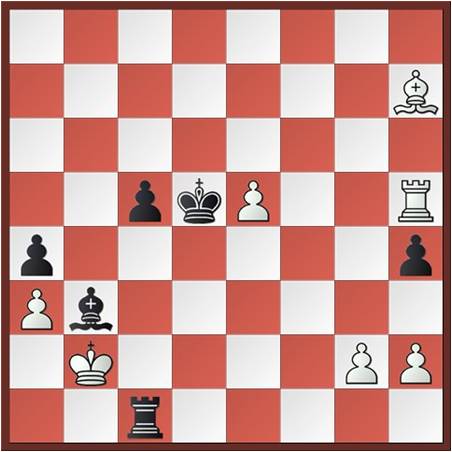 At the end of the line Black is three pawns down and I still find it hard to believe that he can draw. Check out the pgn score and try it yourself.

Another important piece is Smerdon’s analysis of the 10th and final game of the Match.

He writes, “Finally, it would be remiss of me to leave out the final game of the recent World Championship match. While Carlsen-Anand isn’t really anything special from a theoretical perspective, it is of course of immense historical importance, and particularly the move* that came in the diagrammed position, in which Carlsen ensured he would finally claim the crown. 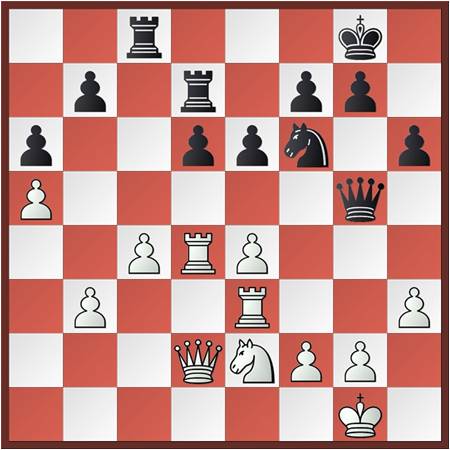 It seems somehow fitting to end with a game by the world’s strongest player, who has well and truly made his motto “There’s no such thing as a dead draw”!”

Now that is rather going over the top.

(The present world champion’s detractors would put it as one more case of “Carlsenitis”).

Smerdon’s analysis, however, is first rate.

I still look forward to analysis of other openings from the Match. I am afraid I have not had the time to look at other updates on the site. I hope to do them justice next time.

It only remains to bid adieu to the year 2013 and wish our readers a Happy New Year!

*Note: You don’t have to be Magnus to find the first move in the position above. Do try and find the next, though. It does not offer an instant win, but has Black in a bind.

Credits: The image of the players here is taken from the official site of Russian Chess Federation

Our Thanks to Ms Eteri Kublashvili for giving permission.