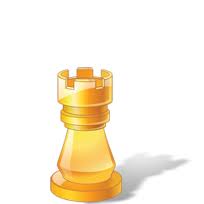 An open file is a file that has no pawns on it. Either player can place a rook on an open file to control all of the squares on that file.

A half-open file is a file that has pawns of only one color on it. A player can place a rook on a half-open file to control all of the open squares on that file and attack the opponent’s pawn.