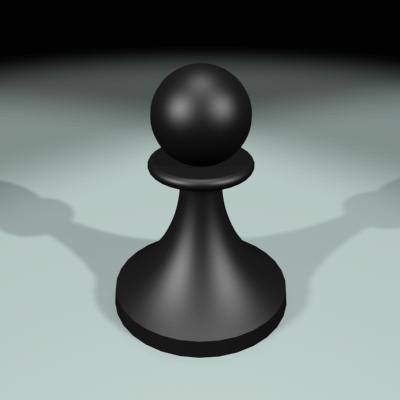 Pawns that work well together are called strong pawns. They are hard to attack and easy to defend.

You should try to make your pawns strong, and try not to make the opponent’s pawns strong. Strong pawns usually become stronger in the endgame.

3) Passed pawns: Pawns that cannot be stopped from queening by the opponent’s pawns are called passed pawns. There are no pawns in front of them that can block them, and there are no pawns on the files next to them that can capture them on their way to becoming a queen. If the opponent wants to stop a passed pawn, he must use a piece. This ties down that piece to doing defense. When a passed pawn is connected or protected, it is even stronger. When a passed pawn is near the edge of the board, away from the main action, it is also generally stronger. This is called an outside passed pawn.

Pawns that do not work well together are called weak pawns. They are easy to attack and difficult to defend, because they cannot defend each other. When they are attacked, they require pieces for defense. You should try to make the opponent’s pawns weak, and try not to make your own pawns weak. Weak pawns usually become weaker in the endgame.

1) Isolated pawns: Pawns that have no pawns on the files next to them are called isolated pawns. They are all alone, and if the opponent attacks them, they cannot be defended by other pawns. They must be defended by pieces, and this ties down those pieces to doing defense. This is not good duty for pieces. Pieces have more important things to do than protect pawns. Let the pawns protect each other.

You forget to mention the Doubled Pawns as a weak pawns.