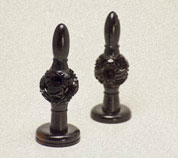 To resign a game, you simply say, “I resign,” or, “I give up,” and the game is over. Or, you can tip over your king, which is another way of resigning without saying anything. The opponent will not mind since he has won the game, and he does not have to bother checkmating you. You both save time.

Do not resign, though, unless you are sure you cannot win and you cannot get a draw. Be certain the opponent knows how to checkmate you, not stalemate you. Once you resign, you have no chance to come back and win the game, or to get a draw. Usually, if you have been outplayed the whole game, then the opponent probably knows how to checkmate you. You can say, “I resign,” or tip over your king. What happens if you tip over your king accidentally? Does that mean that you resign? No. Just pick it up and keep on playing, just as you would if you accidentally tipped over any other piece.

What happens if you do not finish the game? Does the person who is ahead on points win? No. This is called an unfinished game. Neither player wins and neither player loses, and you may finish the game later. If you plan to finish it later, it is called an adjourned game. If you have used scorekeeping to record the game, you can replay the moves up to that point and then continue. Or, if you have used chess diagramming to write down the position, you can reset the pieces and then continue.

Many games do not end in a win or a loss, but in a draw, a tie. There are three basic ways for beginners to draw a chess game.