10 Fundamental Chess Principles According to Steinitz 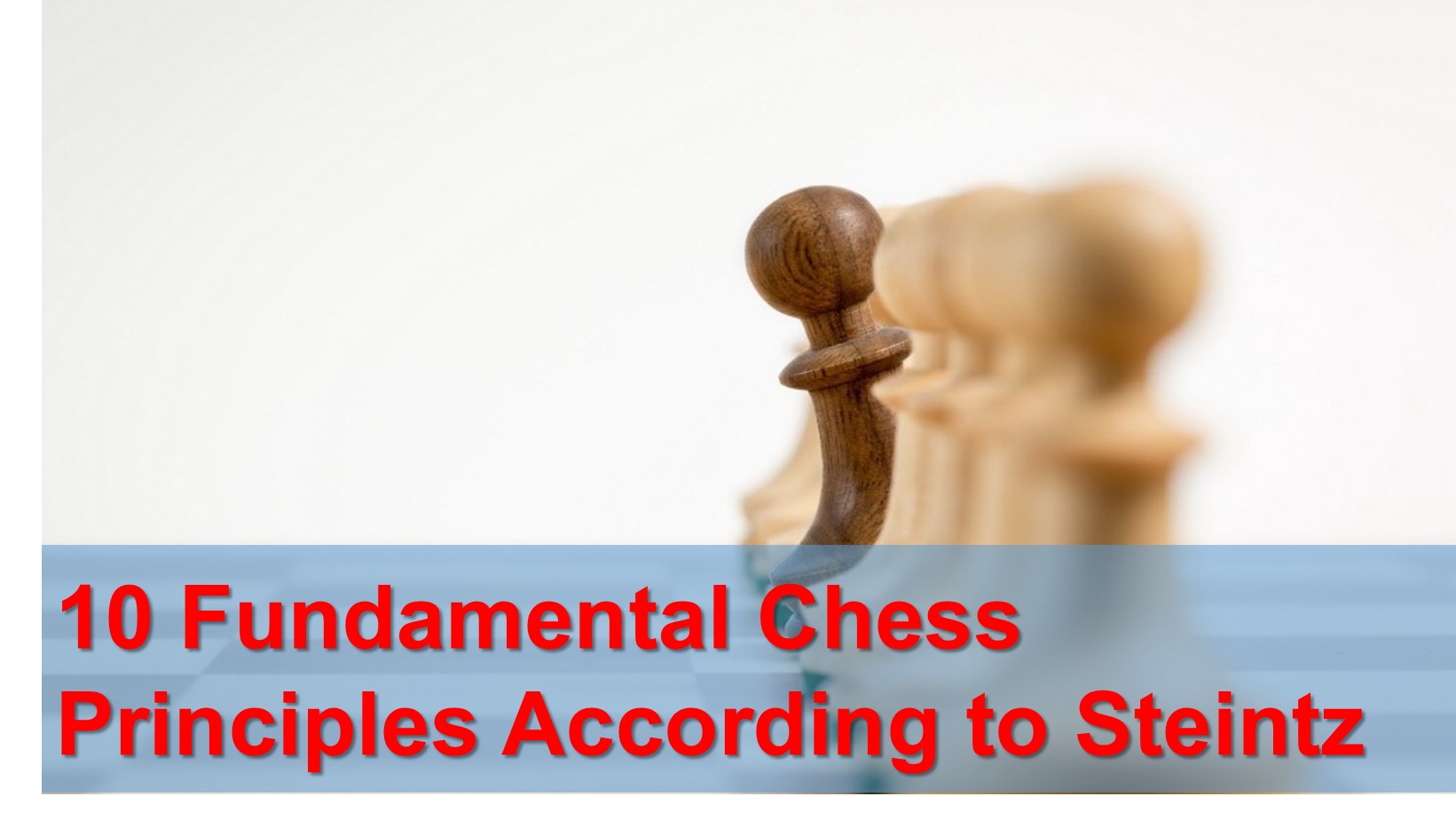 Wilhelm Steinitz was an Austrian-American chess player and the first undisputed world champion. In early years his style of play was rather sharp, aggressive and full of sacrifices. Later he came up with his own scientific theory enunciating principles of chess: both for attack and defence.

Today’s article covers 10 of his most important principles that can be used in your own games.

2. Not only is it important to develop quickly, you also need to take care of your King’s safety. If your opponent is behind at development, you should delay him even more by creating threats.

You need to launch an attack as quickly as possible on the side of the board where he is the most vulnerable. Your opponent will need to focus on the threats you create and will not be able to finish development.

3. Another thing you need to pay attention to is the center. Depending on the position you need to occupy the center with either the pawns or the pieces. Strong pawn center will provide space. The piece center will give an opportunity for an attack.

4. You need to be careful concerning any pawn pushes. Always keep in mind that the pawns don’t move backwards and any unnecessary pawn advances will weaken position of you own king.

In our training program we pay specific attention on this very important element of chess: pawn pushes. Using concrete, well-analysed examples from Grandmasters’ play we deeply study when, how and why to use pawn pushes to create problems for your opponent and win games.

5. When developing pieces you have to have an exact plan of actions. You need to know what role each piece will play and where it should be positioned to realize this plan.

The difference between a novice player and a master is that a master develops chess pieces with a specific purpose while a beginner develops them just for a sake of developing.

6. The side who possesses an advantage must attack, otherwise he risks losing that advantage. The best way to come up with a plan for an effective attack is to identify a weakness in opponent’s position and to exploit it.

7. The defending side must deflect the threats, follow the plan of his opponent, predict his moves and look for a possibility of an effective counter attack. Keep in mind that defensive play is a much more difficult job than attacking play.

8. If a position is more or less equal the players need to maneuver their pieces to achieve an advantage of some sort and then move on to an attack. With a correct (best) defense the position should remain equal and the game should be drawn.

In 21 Days to Supercharge Your Chess training program we give a step-by-step outline that can be used to accurately evaluate any chess position. It is easy to use and to remember, after just a couple times using it.

10. There are two types of advantages at chess: permanent and temporary.

The permanent advantages are:

The temporary advantages are:

When you possess a permanent advantage you need to take your time, do not rush and with a careful play you will ultimately win the game.

When you have a temporary advantage you need to attack as soon as possible, since there is a possibility for your opponent to recover if you don’t act quickly enough.

Ready to start winning games with fundamental chess principles? Check out our store and articles: