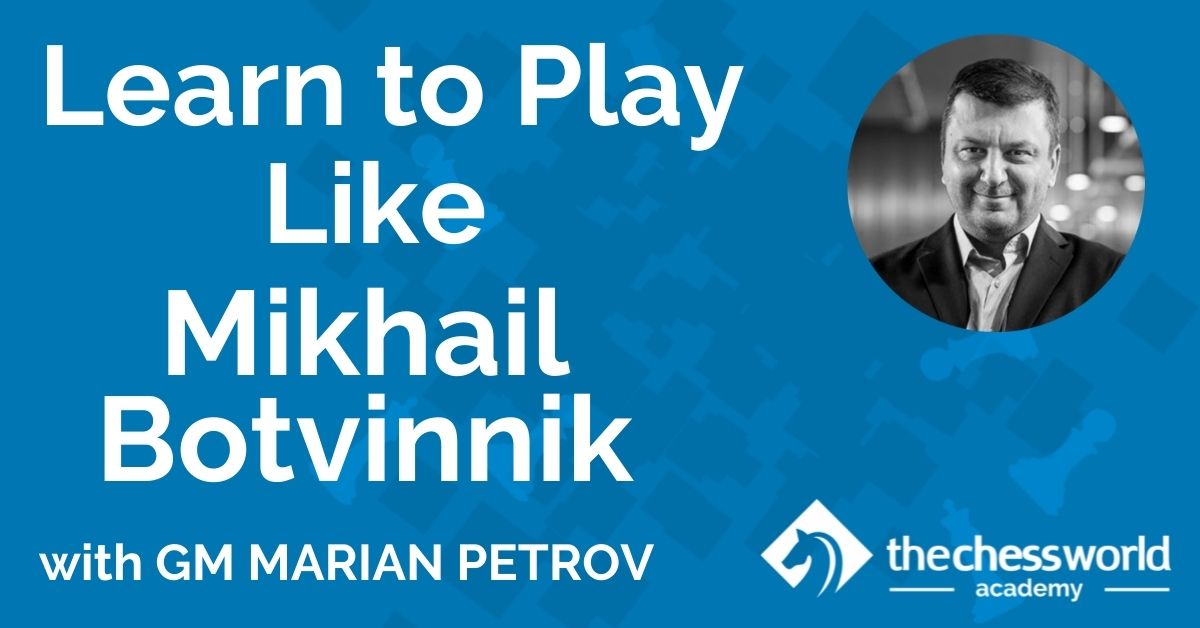 A feat equaled historically only by Emanuel Lasker and Wilhelm Steinitz—and that made him one of the GREATEST players of all time.

Mikhail Botvinnik’s playing style was strategically forceful. He did not engage in a berserk piece sacrifice or any unsound tactical combination only to put pressure on his opponent. What he did instead was slowly outplayed him with a superior strategy until he cracked like an egg.

Meticulous preparation was his strong point, and it showed in his games. As a computer engineer and scientist, he played moves that not only conformed to a predetermined structure but also followed unflawed logical reasoning, tieing one move t the next.

If you want to be a logical chess player, studying Botvinnik’s games is a MUST.

How better it would be if a grandmaster commentates on those games and explains the moves to you, right?

This 3-hour video training demonstrates how he took super-aggressive opponents into an uncomfortable strategic playground and super-positional opponents through a tactical rollercoaster ride.

Here is what’s inside: