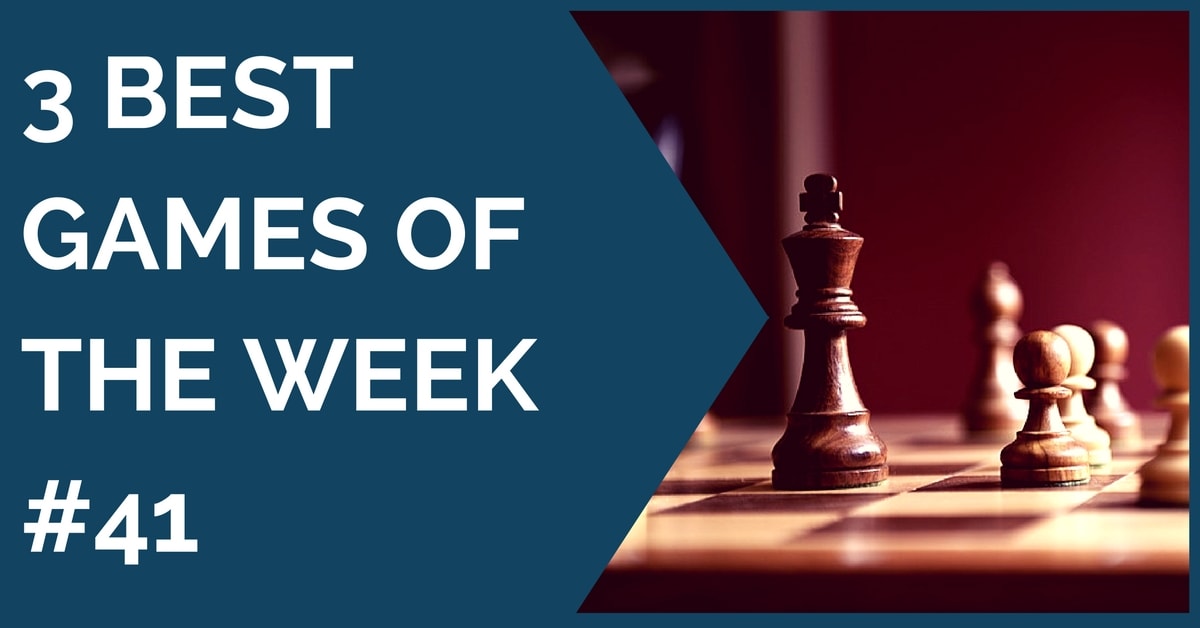 One of the most important chess events, the Olympiad, has just come to an end and it has produced some very interesting and exciting games. We are going to start with one of the performers of this competition, the brilliant Georgian Grandmaster Baadur Jobava.

Game 1:
He showed very good chess and won many games against very strong opposition, but probably his most impressive game was his 21 moves win against Ukrainian Grandmaster Ruslan Ponomariov.

Game 2:
Another player with impressive results was the American Grandmaster Wesley So, who also won the gold medal on the third board. In their match against Georgia, he didn’t let any chance slip away and harshly punished the first mistake his opponent Levan Pantsulaia made. See the game below:

Game 3:
We’re going to end this edition of the three best games with Vladimir Kramnik’s win over India’s Baskaran Adhiban. The game was a quiet Reti where white obtained the bishop pair in the opening, but with a closed position, the power of the bishops was limited. However, one mistake from his opponent was enough to give Kramnik the upper hand. See his instructive win below: