Rook Endgames: King and Pawn vs. King and Rook 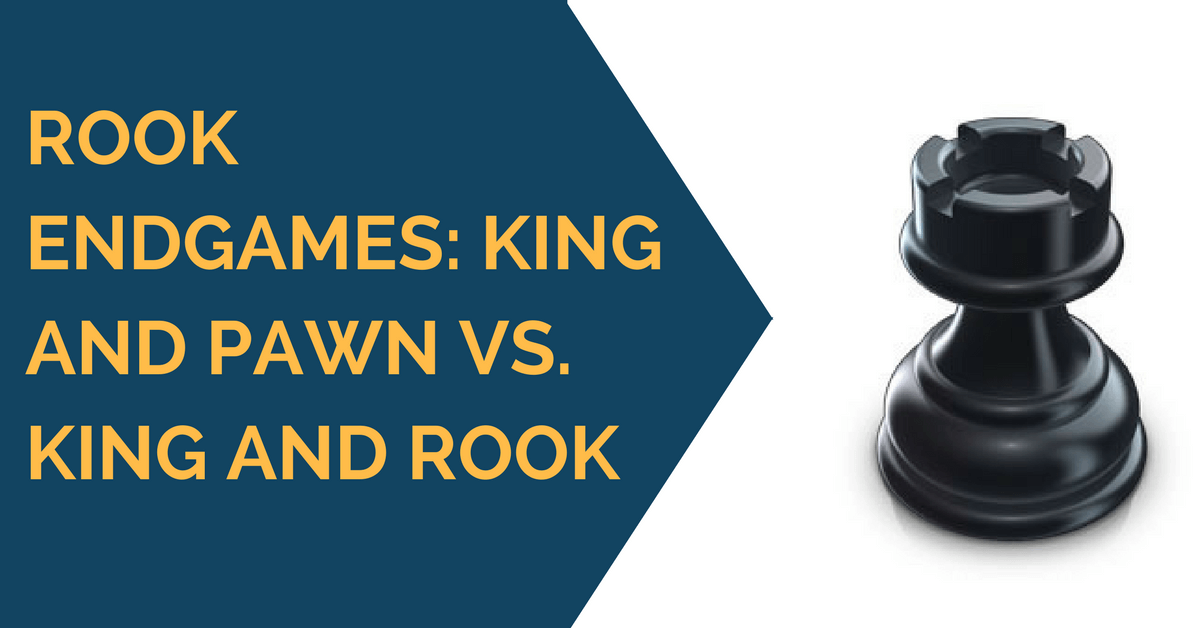 Rook endgames are the most common type of endgames there is in the game of chess. These endgames take place in about 50% of all games. If you are a tournament chess player and wish to improve your results in the future, the rook endgame is something to look at more deeply. Rook endgames are not something that can be played intuitively; there are many positions where you need to make ‘strange looking’ or ‘counter-intuitive moves’ to win or draw the game.

What’s so special about the endgames? One of the greatest chess players of the past Mr. Capablanca suggested that one should start learning chess from studying endgames. First, a player should start with simple endgames with just a few pawns present on the board and then move on to more complex and sophisticated ‘piece’ endgames. Mr. Capablanca believed that a player should study an endgame first, prior to studying opening or the middle game, since it is possible to master this part of the game without knowing opening or a middle game. However, opening and the middle game cannot be studied separately from the endgame and so the endgame should be a priority thing.

Nimzovich stated that one of the main criteria that differentiate good chess players from the rest is the ability to understand and play chess endings well. Smyslov once wrote that the chess endgame is the part of chess where you can see the ‘logic’ of the player more clearly than in any other stage of the game. Therefore, the best way to improve your overall chess understanding is to master chess endings.

Okay, enough philosophy, let’s concentrate on today’s topic, particularly on rook endgames. There are the following conditions that are held true for these types of endgames:

We will follow Mr. Capablanca’s advice and start with an elementary Rook ending in which only one Rook is present on the board: Rook vs. King and Pawn.

In the diagram below it’s White’s turn to move and with the right play, they win the game.

The main idea here is for White King to maintain the opposition and do not step onto any of the red squares since then the Rook will be able to pin the King and Pawn and ultimately capture the Pawn. By guarding the g-file White are able to keep the Black’s Rook away from the pawn and successfully promote it. The example of the right play is shown below. 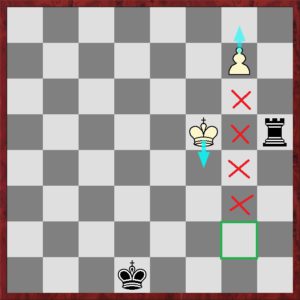 Okay now as you have learned from the previous example look at the diagram below and try to think of your strategy for winning a similar position. This position is a bit tricky. Black sets up a trap and only by avoiding it, White can win the game. Do you see it? Okay, let’s take a look.

The main idea here is also (as in the previous example) to prevent the opponent’s Rook from occupying the c-file and to ultimately promote the pawn. Therefore, White’s King should avoid the crossed red squares, else it can get pinned and lose a pawn. The goal for White’s King is to occupy the c2 square. 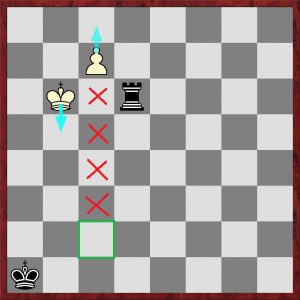 Black Rook checks the White king with the hope that White will play on one of “the red squares”, then Black can go ahead and win the pawn or at least sac itself for a pawn. If that does not work Black has a final trick… 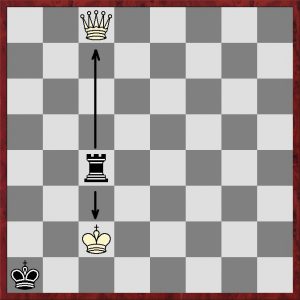 However there is a trick, even if White manages to get to c2 and promote the Queen, Black can play …Rc4+! which leads to stalemate = draw. But is there a way to win the game? Check out the interactive game below to find out. 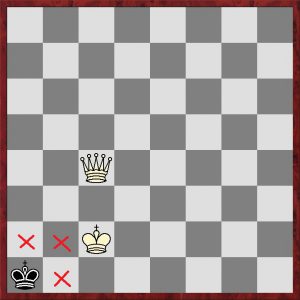 I hope you have enjoyed these endgames and got some new ideas for your own games. Your feedback, comments, and suggestions are always appreciated! Nalimov Tables show you the outcome of up to 6 pieces endgame (including Kings) with a perfect play. You may want to use them for analyzes of your own endings.