Queen’s Endgame, at least this one that we analyzed, has many mistakes. It is well known that having good endgame knowledge is one of the keys to a player‘s success. Capablanca, one of the best endgame players of all time, always defended the idea that one should start learning how to play endgames first, as a way of self-improvement. Robert Fischer, who was famous for his opening developments and his energetic style in the middlegame, was in fact an endgame virtuoso as well.

However, in reality, not many beginner/ intermediate level players have followed this advice. This can be for several reasons, but we think that there are 3 main ones why players avoid studying endgames:

Our advice to our readers is to study the endgame as much as possible. In today’s chess, where almost every opening is playable, having a strong endgame play can be a key point to success. You’d be surprised to find out how many strong players are considerably weaker when the endgame phase arises.

In this article, we will analyze a queen’s endgame that happened in one of the games from my last tournament in Palma de Mallorca. The endgame appeared relatively easy to draw. However, I eventually lost due to not knowing clearly what to do. My own research on this particular endgame showed that the endgame encyclopedia of Queen’s Endgame has many mistakes. So I felt challenged to write some “new theory” on this endgame and provide some conclusions and guidance. 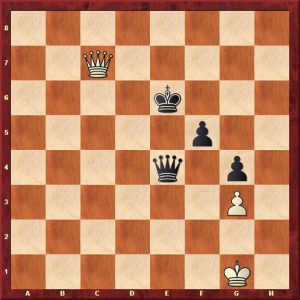 White is a pawn down, but with queens on the board, the endgame is still a draw. However, he needs to be careful with giving the checks, as there are some critical positions in which white is instantly lost. Let’s write our first conclusions on how to defend this position:

Let’s see now all the details on how to make a draw:

When researching more about this endgame, I discovered that there were some similar games played and, although they are given by the Encyclopedia as equal (but with mistaken explanations), the stronger side often obtained the full point. This just shows how difficult it is in practice to discover the subtleties of a seemingly easy endgame. Let’s see the following games: 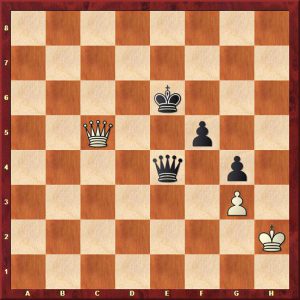 The practice has seen these positions twice, according to my database. In both games the stronger side managed to win, see where white went wrong here: 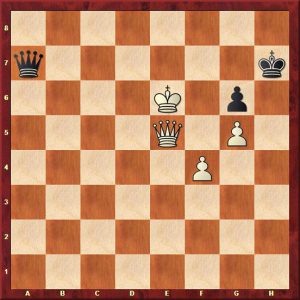 Again, white managed to win in this endgame. The king on h7 makes things very difficult for black. See how: 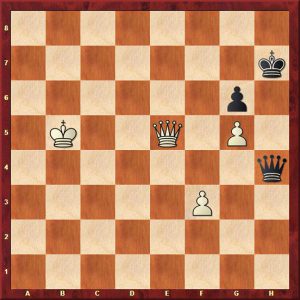 To complete our article on this endgame we decided to include some own analysis of this game. The position is basically the same, the only difference being the king’s and queen’s positions. See it here:

IM Renier Castellanos is an active chess player and trainer for over 10 years, has worked for Chessbase and done live commentary on several major events, winner of many international tournaments. One Grandmaster norm. Highest FIDE rating 2529.