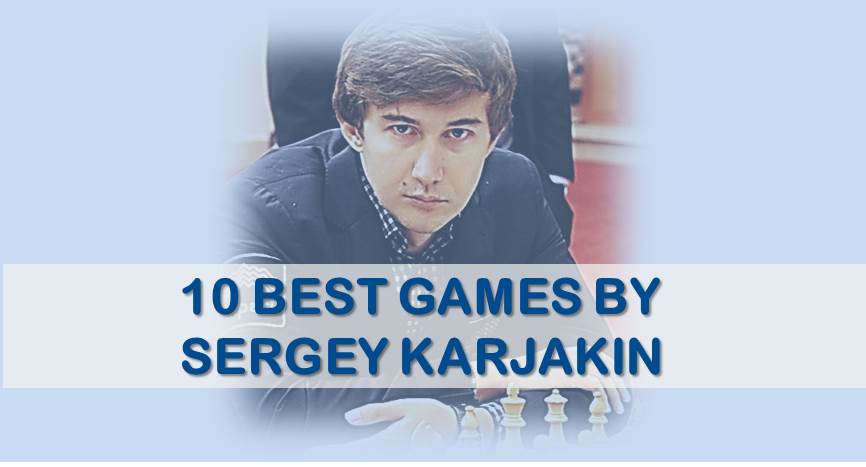 Sergey Karjakin needs no introduction. He is a Russian chess prodigy who holds a record for obtaining the GM title when he was 12 years and 7 months old. He passed the 2700 ELO mark just before his 17th birthday and joined the elite grandmasters’ club. He has won some very strong tournaments like Corus 2009, World Rapid Championship 2012, Norway Chess (twice in a row 2013-2014) and World Cup 2015.

In March he became the Challenger to Magnus Carlsen for the World Championship 2016, winning the Candidates Tournament ahead of players like Anand, Caruana, Svidler and Aronian. He is currently rated 2779 and listed as No. 8 in rankings. Let us take look at some of his best games.

[…] 12 years, 7 months, and 17 days. This sounds incredible but actually, someone made it even earlier. Sergey Karjakin still holds the record for the youngest grandmaster in chess history – 12 years, and 7 […]