7 Most Important Principles of Positional Chess 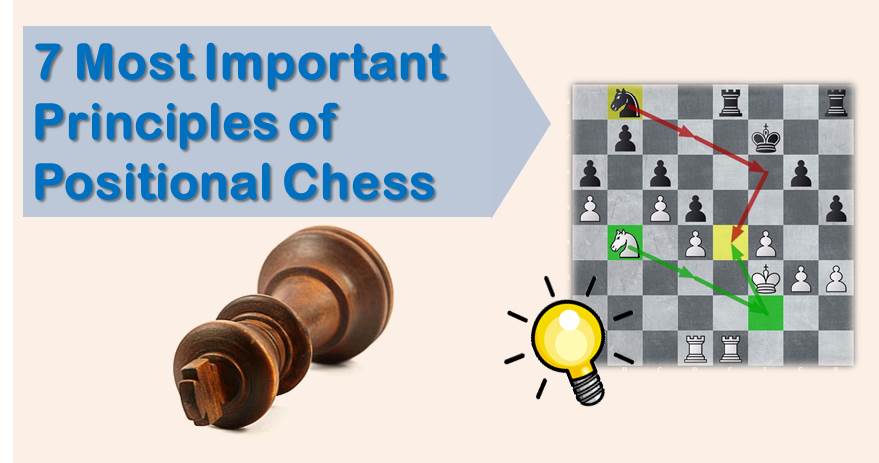 Positional chess is something that all chess players are aware of, but only the select few actually understand and can use it to get an upper hand and win games.

Today, we have boiled down seven most important positional principles into a single article.

After going through these examples you will understand the fundamentals of positional play.

1. Improve all of your pieces

Improving the positioning of your own pieces is one of the most important principles of chess. That is something common to both “tactical” and “maneuvering” type of positions. Every tempi invested in the improvement of your pieces will greatly benefit you in the long run. In order to attack or defend effectively your pieces need to be properly positioned, on the squares where they can perform at their best.

Take a look at the position below. White has plenty of ways to improve their pieces. 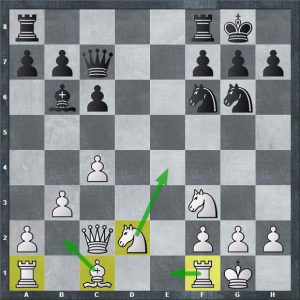 This is something that many chess players understand, but not many players manage to achieve in their games. The reason being, most likely, because they get disrupted by other “more important chess matters” and never have time to worry about simple things like pawn structure.

The truth is, by creating a favorable pawn structure (the one which suits your pieces best) you not only improve your own pieces but also make your opponent’s play far less comfortable.

In the example below, white is about to play …c5. That simple move has a deep meaning behind it. If you take a look at the white’s pawn chain, you may notice that all of the pawns are located on dark squares.

Since black has a dark-squared bishop, closing the position on dark squares would make a lot of sense, because white’s knight can easily exploit the closed center. At the same time, black’s bishop doesn’t have many useful moves.

This example contradicts common rule that if your opponent has a dark-squared bishop you need to position all of your pawns on light squares. In this case, the opposite is true. 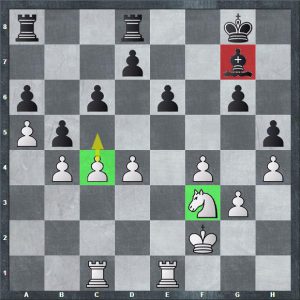 In the example below white’s bishop completely dominates black’s knight. The knight has no moves, because all of the squares d7,e6,g6,h7 are controlled by the bishop.

Despite the fact that the material is equal, black already has a losing position, and the key reason is the restricted knight. White continued with 1.c5! restricting the king to a7, followed by 2.h4 running the pawn towards the promotion square. Soon black will have to give up his knight for that pawn. 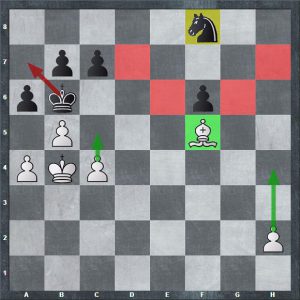 Understanding what your opponent is planning to do and interfering with his plan is a very important ability. By constantly staying alert and questioning all of the opponent’s moves you will be able to stay one move ahead in the game, which is typically enough to win.

In the example below black is planning to relocate his knight on e4-square via d7-f6-e4 maneuver. Since white saw that coming, he took necessary precautions to prevent that from happening. White played 1.Nd3 followed by 2. Nf2 covering the important e4-square first. Black’s plan failed. Notice that the exchange of rook does not help black to position the knight on e4. 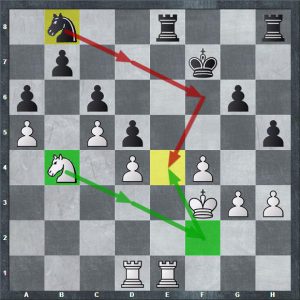 Positional chess is all about accumulating many small and very small advantages and using them when the time is right. In the position below white already has some such advantages. They control an open e-file, black’s a-pawns are weak, the a7-bishop is a bad piece and the d5-knight is very well placed.

That is more than enough to launch a winning attack via 1.Re7. 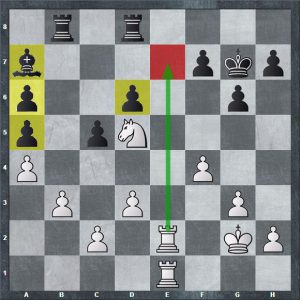 6. Convert temporary advantages into permanent ones

That typically means we need to act fast, before our opponent gets rid of them, or patches them.

In the example below, we have that kind of situation. Black’s king temporarily got stuck in the center. If white does not act fast, black will castle and the position will equalize. White has something in mind.

1… e4 2. Rxe4+! Sacrificing the rook to open up the position. Nxe4 3. Qxe4+ Kd8 4. Ne5 +- and white is winning. Notice how white skillfully converted a temporary advantage (inability to the castle) into a permanent one. 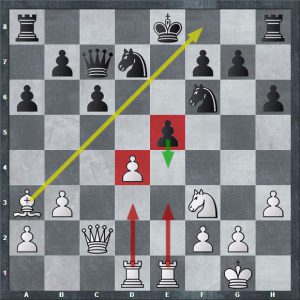 That is one of the very important chess principles applicable to all stages of the game from opening to the endgame. This principle does not mean that you need to waste tempis, but it says that you need to prepare carefully before attempting any serious positional changes.

In the position below white has an advantage of two central pawns. Indeed he can push them right away, but that wouldn’t be wise.

Instead, he prepares the push first, by playing moves like f4, Kh1, Rd1, and Re1. After the preparatory moves, everything will be ready for a strong attack in the center, which will most likely win the game. 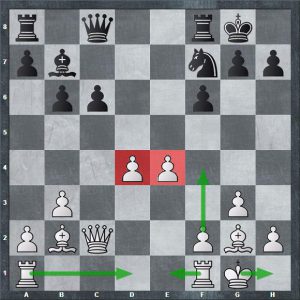 To learn about these any many more middle game ideas in greater detail with examples from real Grandmaster games and step-by-step explanation enroll in our comprehensive training program.

how to solve bad positional position and how to make sure that positional play is correct against the other player.

Hello Pramodkumar, most of our stuff is in fact free. We also have a premium training course http://www.thechessworld.com/supercharge

Yes Herbert, it should be Re1, indeed 🙂

Hello Hassaan, that is true. It all depends on the position. Sometimes it is best to place pawns to the opposite color squares than the opponent’s bishop, sometimes vise versa.

I use to teach chess free of cost to school going children and their parents even at the institute AdarshAhmedabad which provide numbers of activities free of cost.Can i any advantage from your institute in this regard?

Good article about positional play. I will use it in our training.
In the second but second last line it should be Re1 (instead of Re4), I guess.