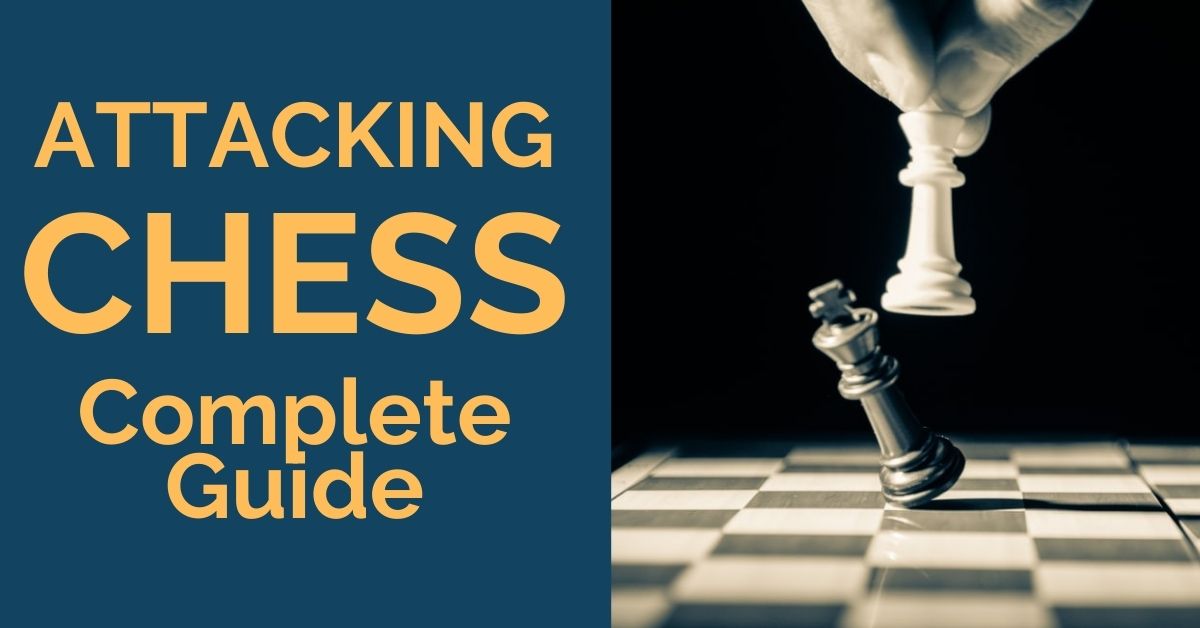 In this article, we will examine different rules and techniques that could help you build attacks in practical games. For convenience, the material is divided depending on kings’ positions.

Attacking Chess – King in the Center

Usually, the most dangerous place for a king is the center. That is why beginners are always advised to castle as early as possible. Yet, we see even grandmasters skipping castling and getting crushed in the center quite often. Do they not know the very basics?

Of course, they know all of that. Chess is a complex game and there are many exceptions to the rules. Sometimes the grandmasters think they can delay castling for a bit and do some more important things.

Sometimes, the position looks closed and it feels like the king is safe in the center. This approach is risky but often pays off well. Below, we will see the situations when it backfires and how to punish delaying castling. 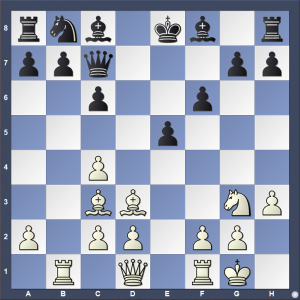 This position was seen in one of the games of the legendary Paul Keres. White has a tremendous lead in development. Black’s king is still in the center.

Paul Keres knew exactly what to do in such situations: open up the position!

14.f4! Black’s pawn chain was limiting White’s pieces and shielding the king. White demolishes it and Black is hopeless.

In the next game, the situation was more complicated. 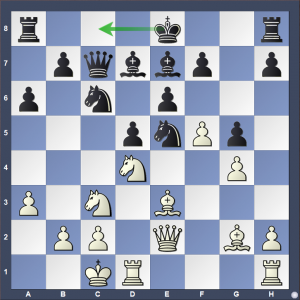 In this position, Black is a pawn up, but their king is in the center. If White plays too slowly here, Black will castle queenside and escape from troubles. Here Paul Keres follows another rule: prevent the king from escaping. 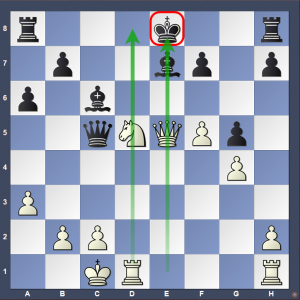 All the files are opened. Black’s position is hopeless. See the rest of the game in the PGN-viewer below.

In the previous examples, one side tried to attack while the other side was only hoping to survive. The games with opposite-side castles are much sharper than that. Here both sides try to attack each other and get to the enemy king as quickly as possible. Such positions require energetic moves and often involve sacrifices.

Open files are still important here. The most common strategy to open up the enemy king is to pawn storm its position. 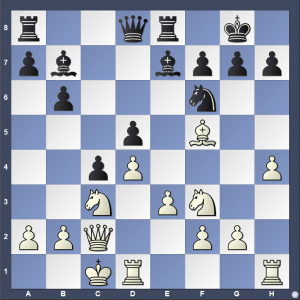 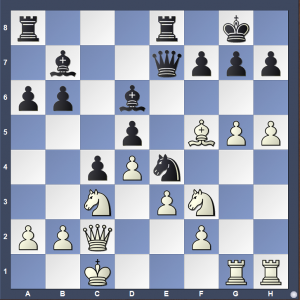 Black prepares the pawn storm as well but it is too late. White won the race.
18.Bxh7+! This piece sacrifice speeds up the attack. White won a beautiful game. You can see the rest of it in the PGN-viewer below.

A similar idea was used in the following game. 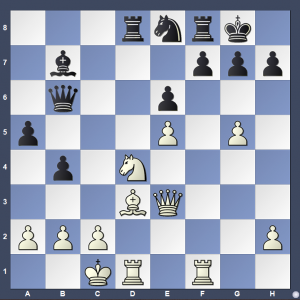 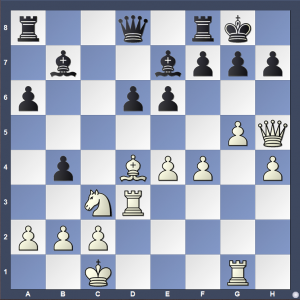 If White retreats the knight, Black’s bishop gets access to the e4-square. From there it will not only attack the c2-pawn but also defend Black’s king.

17.Nd5! The typical idea in the Sicilian Defense. This move prevents the bishop from appearing on e4 and deprives Black of the …e6-e5 defensive pawn push. 17…exd5 Now the bishop on d4 is dominant. 18.Rdg3 Qc7 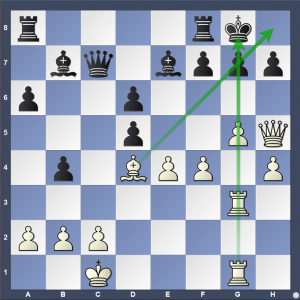 White’s pieces are pointed towards Black’s king. The only thing that keeps Black’s king alive so far is the pawn on g5. But a little nuance turns even this in White’s favor: 19.Qh6! After this brilliant move, Black is absolutely lost.

The pawn storm reaches the goal faster when there are pawn hooks in the enemy position. 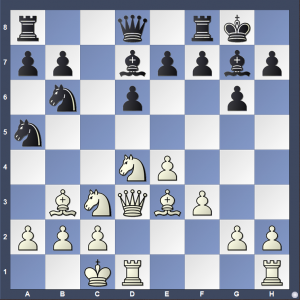 This position comes from the Dragon Variation of the Sicilian Defense. This variation is considered risky for Black because the g6-pawn can be used as a hook and help White open up the position. 13.h4 Using the g6–pawn as a hook to open up the h-file.

13…Rc8 14.h5 Only two moves by a pawn and the file is ready to get opened. 14…Nbc4 15.hxg6 hxg6 16.Bh6 Trading the only piece that protects the king. This is another important attacking concept everyone should be aware of. 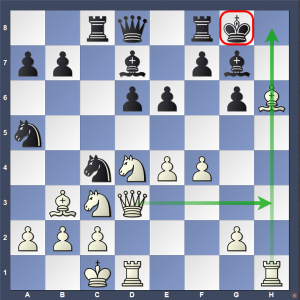 The same attacking idea has worked for Fischer against a much stronger opponent as well. 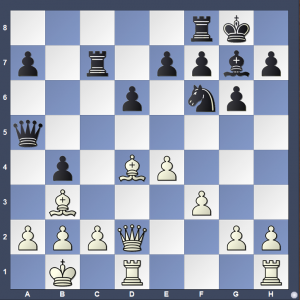 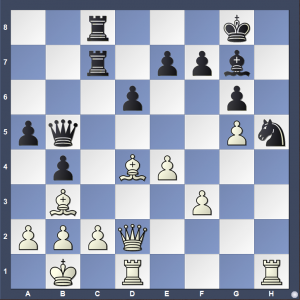 When both sides castle the same side, the attacks rarely involve pawn storming. The reason is that pushing pawns in front of your king can backfire. Still, there are some situations where pawn storms work well. Usually, it happens when the center is firmly closed or when the fianchettoed bishop shields the king. Both factors often happen to be present on the board in the King’s Indian types of position. 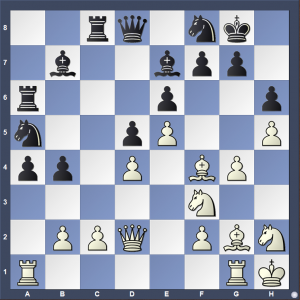 22.g5! Opening up the g-file. As you can see, White’s king looks absolutely safe, although there are no pawns in front of it. This is mainly because the center is closed. 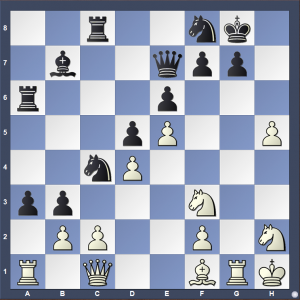 With same-side castled kings, the more common scenario is when pieces attack the king. It often involves sacrifices aimed to destroy the king’s pawn cover. Most of such combinations are well-known, for example, the Greek Gift. It is useful to learn these common patterns, so you never miss them in your games. 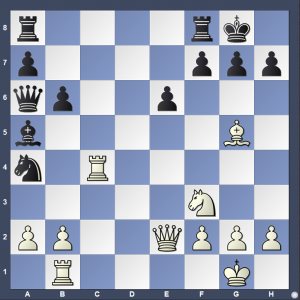 23.Bf6 White starts the frontal attack on Black’s king position. Interesting variation could happen after 23…h5 when White was ready to sacrifice a queen. 24.Rg4! Qxe2 25.Rxg7+ Kh8 26.Ng5 and Black gets checkmated after Rg7–h7–h8.

In the game, Black played 23…Rfc8, you can see the rest in the PGN-viewer below.

As you could see, one of the keys to a successful attack is open files. Pieces need them to reach the enemy king. The other important thing is the elimination of defenders.

The attack can’t be successful if the opponent’s king is well protected. We also saw a lot of sacrifices in the games above.

It is one of the main tools one can use to open files or get rid of the defenders. Last, let’s mention the importance of time. The attack must be energetic, so search for active continuations and don’t make unnecessary moves.

Ready to take your attacking chess to expert’s level and beyond?