Tigran Petrosian — Learning from the Legends 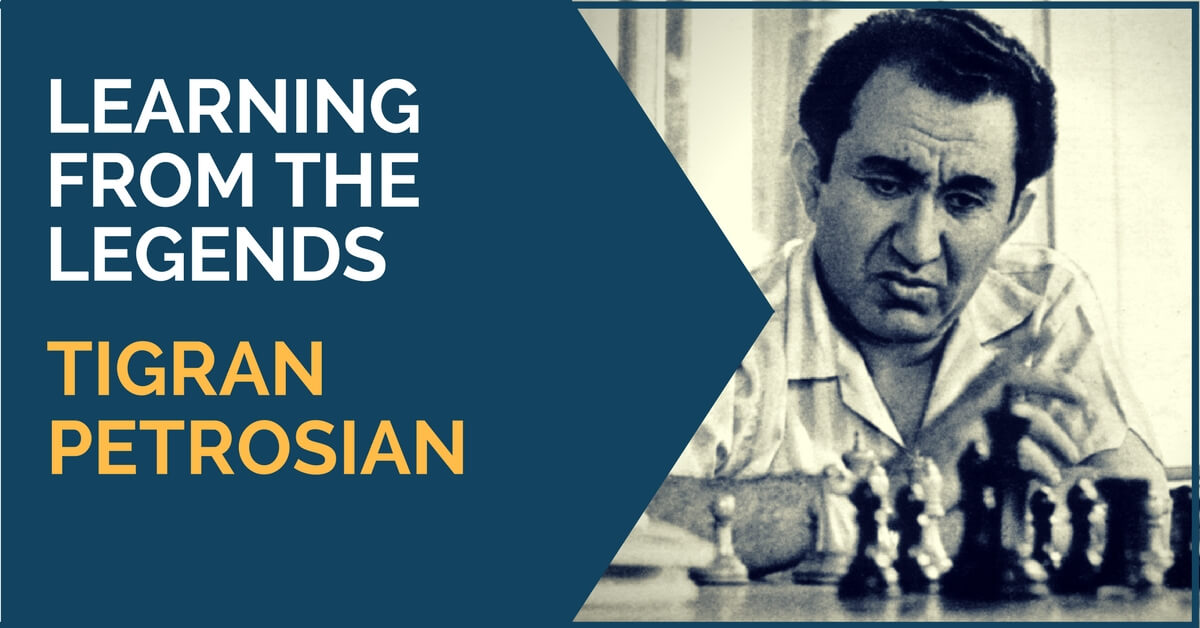 The strategy is a very important part of the chess game and, many times, slightly disregarded by club players, who usually like to attack and try to do it at any (positional) cost. If you are such a player and are thinking about giving strategy more thought, then the player we are going to present in this article could be the perfect start. He is known for his “correct” play, which has at times gotten him to be regarded as “dull”. He was also a master of defense and rarely attacked, but when he did so, it was in positions he felt he had full control.

His style of play led to many draws, but he remains one of the greatest players in the history of chess and one classic you must definitely study – it will help you improve your play a lot.

Tigran Vartanovich Petrosian was born in the Soviet Union, in the actual Tbilisi, Georgia, from Armenian parents in 1929. He learned to play chess at the age of 8 and, in spite of the hardships he had to go through as a child, never gave up on the game. He used his rations to buy chess books such as “Chess Praxis” by Aron Nimzowitsch and “The Art of Sacrifice in Chess” by Rudolf Spielmann. When he was 12 he started to train with Archil Ebralidze, who was an adept of Nimzowitsch and Capablanca and encouraged a solid approach to the game rather than the execution of wild or unsound sacrifices.

In 1949 Tigran Petrosian moved to Moscow, seeking greater competition, and the results didn’t fail to show up. He placed second in the 1951 Soviet Championship, thus earning the title of International Master. This result qualified him to the next year’s Interzonal where he placed second and not only won the right to participate in the 1953 Candidates Tournament, but also the Grandmaster title. This was the beginning of a stagnant period in his career, as he conceded many draws and seemed content with ensuring decent tournament results.

However, it ended in 1957, when he started to show a more ambitious tournament play. He won the 1959 USSR Championship and the Candidates Tournament in 1962. As a result, he earned the right to challenge the reigning World Champion, Mikhail Botvinnik, whom he defeated in a 24 games match in 1963. He retained the title for 6 years, after defeating Boris Spassky in 1966. However, the rematch in 1969 would see Spassky winning the title.

As we mentioned earlier, Tigran Petrosian had a conservative style and was very difficult to beat. This was mainly due to his defensive skills, something that was greatly influenced by Nimzowitsch’s idea of prophylaxis. He put a great effort in annihilating his opponent’s active ideas and patiently waited for him to make a mistake. 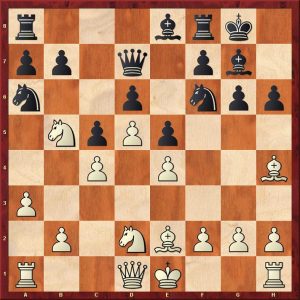 White has obtained a more comfortable position out of the opening. However, Petrosian, with the white pieces, never overlooks his opponent’s active plans. Here, his notes on this game reveal that he considered 13…Nh7 as the most dangerous move, with the positional threat of Bg7-f6-g5. In conclusion, he continued here with 13.g4, planning to meet the above-mentioned idea with 14.Bg3, when the same idea of 14…Bf6 could comfortably be parried by 15.h4.

Another element Petrosian is famous for is the positional sacrifice. We already mentioned that he liked long-lasting advantages and positions where he was in absolute control. He used this type of sacrifice to obtain just this. The positional sacrifice does not yield an immediate advantage, but a more comfortable position where one side is in charge and can keep pressing for more. He also used to use it for defense, in order to relieve pressure, this time. 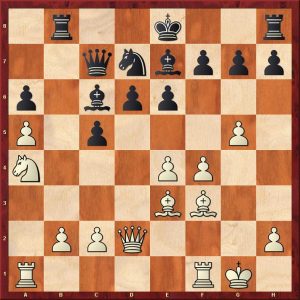 White has just played 18.Na4, not noticing black’s dangerous idea. Play continued with 18…Rb4! Followed by Rxe4 next. See the game below:

Last, we must mention that he was an expert against the King’s Indian Defense and played the system that now bears his name. His games are a great start if you are looking to learn a new way to deal with this opening and understand the plans and ideas behind the set-up.

Ready to start winning games like Tigran Petrosian? Check out our store and articles:

Thanks for the advice, it was something we are planning to explore as well 🙂