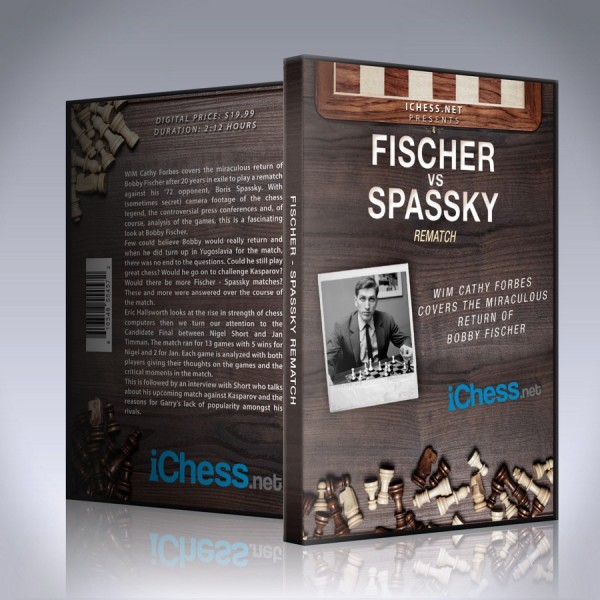 WIM Cathy Forbes covers the miraculous return of Bobby Fischer after 20 years in exile to play a rematch against his ’72 opponent, Boris Spassky. With (sometimes secret) camera footage of the chess legend, the controversial press conferences and, of course, analysis of the games, this is a fascinating look at Bobby Fischer. Cathy Forbes covers the miraculous return of Bobby Fischer after 20 years in exile to play a rematch against his ’72 opponent, Boris Spassky. With (sometimes secret) camera footage of the chess legend, the controversial press conferences and, of course, analysis of the games, this is a fascinating look at Bobby Fischer.

Few could believe Bobby would really return and when he did turn up in Yugoslavia for the match, there was no end to the questions. Could he still play great chess? Would he go on to challenge Kasparov? Would there be more Fischer – Spassky matches? These and more were answered over the course of the match.

Eric Hallsworth looks at the rise in strength of chess computers then we turn our attention to the Candidate Final between Nigel Short and Jan Timman. The match ran for 13 games with 5 wins for Nigel and 2 for Jan. Each game is analyzed with both players giving their thoughts on the games and the critical moments in the match.

This is followed by an interview with Short who talks about his upcoming match against Kasparov and the reasons for Garry’s lack of popularity amongst his rivals.