Initiative: 10 Reasons Why You Should Gain It in Your Games 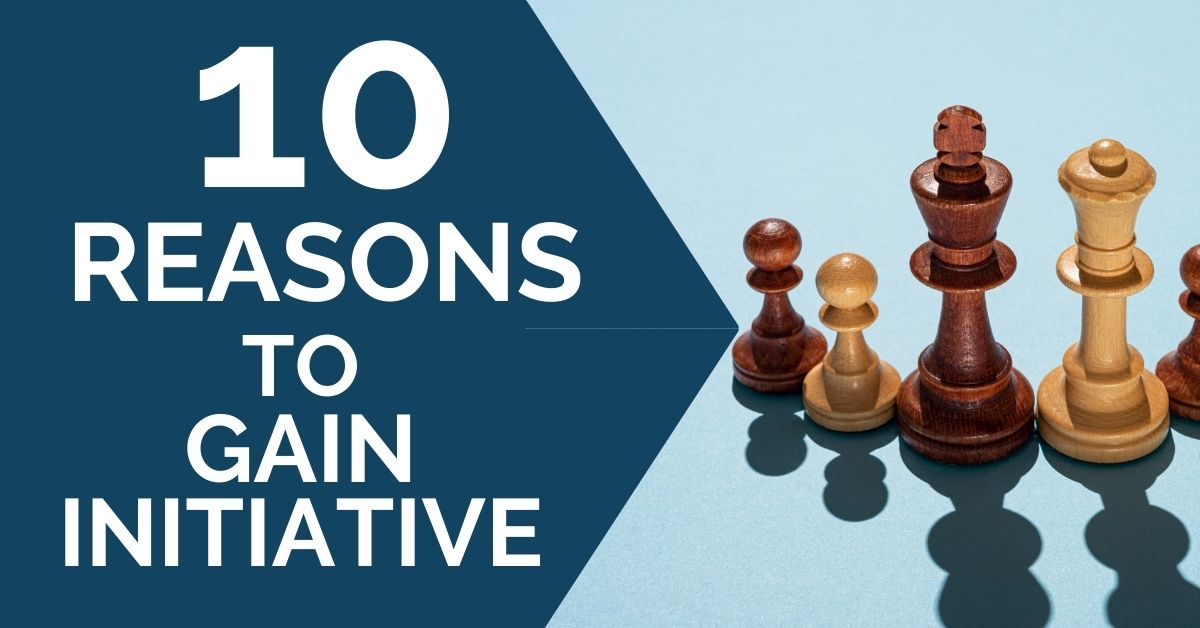 Initiative in chess is important in all stages of the game. It is usually associated with an attack but can be reached even in endgames. In general, one side has the initiative if they can make threats that cannot be ignored. That turns the other side into a defensive mode and doesn’t give them time for creating their own threats.

The initiative plays a huge role in chess and here are 10 reasons why you should aim to seize it in your games.

When you have the initiative, you can choose the direction of the game. Your opponent will only be able to respond according to your actions. Having it allows you to choose how the game will continue and what area of the board will be the place of the action.

2. To attack is easier

Your moves are usually obvious when having it, so you often can make them with confidence. On the other hand, your opponent will need to be careful and try to neutralize your pressure. The defensive tasks are mostly tougher.

3. Initiative: Better situation on the clock

Since it will be easier to find moves for you than for the opponent, you will most likely end up having more time on the clock. For the second player, it will be especially difficult to handle the position in time trouble.

4. It restricts your opponent

5. Initiative: It gives you a psychological advantage

Imagine how it feels to respond only to the other player’s moves and not have time to generate your own play. Usually, everyone comes to the game with the expectations to execute their interesting plans and ideas. If that is not happening, it is easy to get frustrated and start committing mistakes.

7. Helps when down material

Some sacrifices are easy to understand: they are forced and lead to certain results immediately. More difficult and beautiful are the sacrifices that lead to unclear situations. Using the latter ones is considered being a trait of strong players only. How do they know such sacrifices are good? Of course, this is a complicated topic but in a nutshell, they know the initiative will compensate for the lack of material. You can always hear them saying something like, ‘My opponent had an extra rook but it didn’t matter! His rook was sleeping on the queenside while I had the initiative on the kingside!’

8. It is the modern approach

The tenth World Champion Boris Spassky once acknowledged, ‘Nowadays there is more dynamism in chess, modern players like to take the initiative. Usually, they are poor defenders, though.’ Lately, with the immense development of engines, things have changed a bit, but the initiative has become even more important!

9. Initiative: Your games will be shorter

Play actively, strive for the initiative, put enormous pressure on your opponents, and you will not spend much time in a tournament hall anymore. Games played in such a fashion are certainly shorter than those where one tries to calmly convert a tiny advantage in the endgame with no risk.

Why do you even play chess if you don’t fight for the initiative? Isn’t that fun to be in the driver’s seat?

Ready to Dominate in Your Games?