WGM Natalia Pogonina – How to Improve at Chess

Previously, I have interviewed GM Alexander Ipatov, and asked him quite a few questions about how to improve at chess.

Today we will continue our Grandmaster interview series by discussing a similar set of questions with WGM Natalia Pogonina (2508 peak ELO), one of the strongest female chess players in the world.

Natalia Pogonina has recently won an Olympic Gold Medal in Tromso, Norway as a member of Russian National Team. 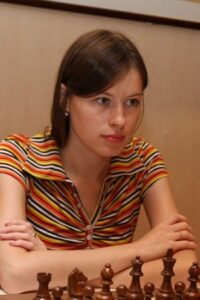 1. What is the quickest and most effective way to increase one’s ELO rating studying individually (no coach involved), for chess players 1400 – 1800 ELO?

Answer: Regularly play tournaments and analyze your games afterwards. The latter can be done individually or with the help of a stronger chess player. It is often a good idea to invite your opponent for a post-mortem right after the round.

2. Could you suggest an example of an effective training program for chess players of 1400 – 1800 strength? What changes in the program once the player’s level goes up?

Answer: To reach 1800 rating it is sufficient to learn the basic principles of chess, regularly participate in tournaments and solve tactics daily. At this point, studying theory should only account for about 20% of time, while playing/practicing – for 80%. At the highest level, the ratio becomes almost the opposite, with 80% of time dedicated to theory and only 20% to practice. I have a rather busy tournament schedule; hence my training program consists mainly of analyzing my own games and solving tactics. Also, from time to time I study and play out different types of positions (aka themes) in the opening, middlegame and endgame.

It is also very important to be in a good physical and psychological shape to show good results in tournaments.

It is also very important to be in a good physical and psychological shape to show good results in the tournaments. 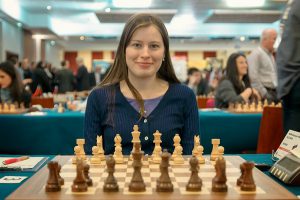 3. How much time do players of 1400-1800 strength need to dedicate to studying openings and how should it be done?

Answer: At this level chess players need to focus on fundamental principles of chess: fast development, king safety, attack, counting tempi, etc. It is very important to develop a good tactical vision and a sound positional understanding early on. Most club players make many tactical mistakes, so it makes much more sense to exploit this fact, rather than cramp up complicated opening lines to obtain a +0.5 advantage after the opening only to blunder it away a few moves after.

For the opening study I suggest analyzing a few thematic games of strong chess players and then to play a couple of games using similar opening variations. If satisfied with the positions you are getting and the results, that line can be included in your opening repertoire.

Try to learn one or two variations against each of the main openings employed by your opponents. For amateur players it makes sense to try out classic symmetric openings (1.e5 e5 and 1.d4 d5). You’ll definitely need this experience later on – such openings are “evergreen” and can be employed all life long!

4. What is the main mistake that most novice chess players make, preventing them from improving at chess?

Answer: It depends. For adult players it is probably too much “studying” and not enough playing. As a result, practical chess skill significantly lags behind academic chess knowledge, leading to painful blunders and resulting in lost games. For younger players, possibly, a typical shortcoming is lack of patience and making decisions too quickly. 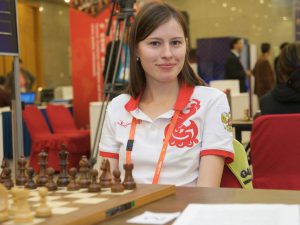 5. Is playing blitz and rapid chess helpful for becoming a better chess player?

Answer: Yes, especially if you’re testing a certain opening variation and analyzing your games afterwards. Rapid chess can be used to stay in “chess shape” while you’re not playing in tournaments. Generally speaking, the lower the rating of the player, the longer time controls one should choose.

Super GMs can test out things even in bullet play, while amateurs are likely to adopt a superficial approach towards chess if they don’t have enough time to ponder the position carefully. Until a player reaches a level of 1800 – 2000 ELO he or she should probably abstain from playing blitz, otherwise it is hard to switch to longer [aka classical] time controls afterwards.

6. What chess book has helped you the most?

Anatoly Karpov’s “My Best Games”. The annotations in this book are not overloaded with variations, but at the same time have very deep ideas behind them. If you carefully study the chess games from this book, your positional understanding, technique and endgame play will drastically improve.

Also, here is a list of some of my favorite chess books .

7. How much tactics does an improving chess player need to solve daily? What difficulty level that tactics needs to be?

It is preferable to solve tactics daily, but not longer than for 1 hour per day. An improving player should consider two main types of tactics: puzzles from practical games, and studies. Most practical tactical tasks require 1-5 minutes to solve. They help one stay in “chess shape”, learn combinational motifs and improve one’s calculation skills.

It is useful to use a timer when solving tactics and always choose a move before the time runs out. The second type of tactics is “studies”, i.e. composed chess problems. Solving them may take a lot of time. Studies develop chess imagination, tactical vision and the ability to calculate lines deeply and accurately.

8. Do you have a personal chess database with your games, opening preparation, etc.?

Answer: Yes, I have a database with my own commented games, as well as opening databases with annotations and novelties 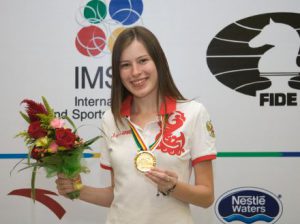 9. What chess programs do you use?

Answer: I mostly use ChessBase and ChessAssistant paired with strong engines for tournament preparation and game analysis. I don’t use any training software or DVDs, but for pre-master level chess players these might be helpful.

10. Is it worthwhile to play against chess engines (handicapped)?

Answer: It is much better to challenge human players over the board or online. Engines play completely different chess. They have no psychological weaknesses, and the mistakes they make are of a completely different kind. The only way to evaluate you chess strength is to participate in real chess tournaments.

Engines can be used, however, to practice playing certain types of positions and for game analysis, but it is vital to exploit them wisely and not to get carried away and led by the machine. Please keep in mind that you won’t have a chess engine to assist you at a tournament, so it is essential to think for yourself as opposed to mindlessly copying the suggestions of your computer friend!

The content seems to be really wonderful , but it would be necessary to get it in Portuguese or Spanish . What can be done about it ?

Thanks for your feedback. Currently we do not offer a Spanish version. If you however need a translation tool you can use the Google translate on top of our home page.