This should NOT be played… 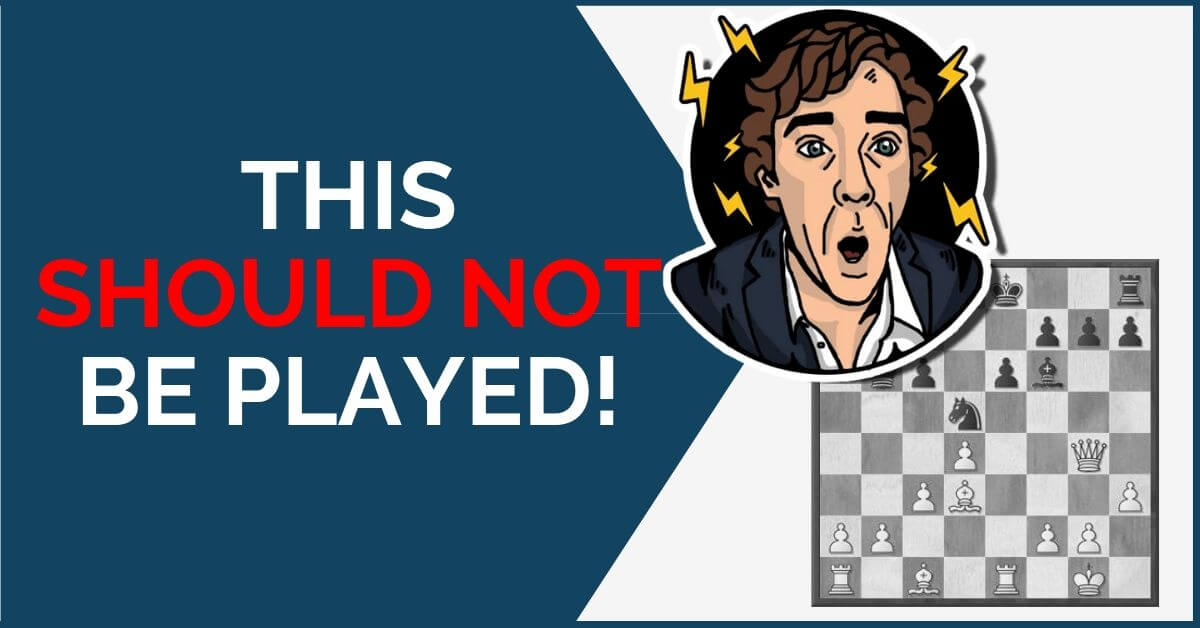 This should NOT be played: I have never considered myself an attacking player even though most of my games when I was young were decided by attacks on the king. I attribute it to youth and not feeling too comfortable in other areas of positional play.

Still, I was good at seeing tactics and calculation, but I had a rather limited vision of how the game should be played and what is possible in chess and what is not.

Everything changed upon seeing and, perhaps more importantly, reading about, the following game played by Mikhail Tal. I, of course, knew of the game, but rather superficially. And, reading the comments to it in Dvoretsky’s book Secrets of Chess Tactics, under the appropriately-named chapter Science Fiction, things changed for me forever.

The game in question is the 2nd game of the Candidates match between Tal and Portisch in 1965. “Science Fiction” starts in this position: 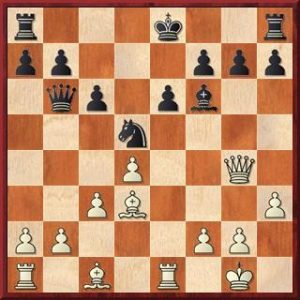 White (Tal) has an obviously better position, with the bishop pair, space advantage, and the possibility to play on both wings.

A natural way to play here would be to double on the e-file, play a move like a3 to cover the b4-square, and then push c4 or b4, or both, expanding on the queenside. Alternatively, especially if Black castles kingside, White can try to push the h-pawn to create some weaknesses there. Other ideas to play on the kingside would be to play g3, Kg2, and then Rh1 with ideas to use to rook on the h-file. White could also try a rook lift along with the third rank. As you can see, White has many promising ideas that involve zero risks. Black, on the other hand, is solid, but with no active possibilities and can only react to White’s plans.

So back in the day, I would expect here for play to continue along with the plans described above. That would be the “correct” way to play. Imagine then my surprise upon seeing White’s next two moves.

Objectively this is not a good move, but the exclamation mark is for bravery and a complete shift of my paradigm of how somebody should play chess.

The same comment applies to this move as well, only this one gets more exclamation marks for the stronger effect.

An objective analysis of the position after the sacrifice (though bear in mind that Tal made up his mind on this sacrifice when playing 15 c4, because that move has no sense without it) shows that White has a draw at best and both players saw it.

This should NOT be played: The shocker! – Part 1

The shocking thing for me, and also the one I could not understand for a long time was the question of why would anybody play like this?

Why go berserk and risk a draw from a safe and advantageous position?

Why risk at all when a risk-free and easy play is available?

It took me quite some time to understand. I kept going over and over this game, stopping on move 15, trying to feel the position and why a player would take Tal’s decision. And then it dawned on me.

Tal played like that because it was possible to play like that. He willingly chose to go for complications in case Black avoided the draw. I understood that there are players who look at chess in this, very different to mine, way and it is not inferior at all. It is simply different.

This approach to chess also included a lot of psychology. By unexpectedly going for ultra-aggressive solutions the player puts a lot of pressure on his opponent. These decisions stir up a lot of emotions and they can disturb the inner piece easily. In such situations the attacker is in a much better psychological position because he voluntarily went for it, he prepared for this abrupt change, while he usually caught the defender unawares and it may take him quite a while to calm down. And some players fail to do so.

This should NOT be played: The shocker! – Part 2

The sacrifice definitely shocked Portisch. He did see it, as he admitted to Tal after the game, but he found it hard to believe it is sound, Black did not make a bad move so as to be punished swiftly like that. And that is true, Black is not at all lost. In fact, the “incorrectness” of the sacrifice lies in the fact that from an advantageous position White now has an equal position. That equal position is a draw by repetition.

What happened in the game is of great interest. My interpretation of the events is that Portisch lost his composure at this “outrage” and decided that he had to “punish” Tal for such behavior. It is exactly these psychological disturbances that favor the attacker – a desire to punish an opponent can be a very dangerous one as it leads to loss of objectivity!

And here the only punishment White could have suffered would have been a draw, as in all the other lines the position remains so messy that the only guaranteed thing is that the better player would win.

Here is a critical choice.

The draw was obvious to both players: 17…Kd8 18 Qd6 Ke8 19 Qe6. But what about the alternatives, 17…Kf8 and 17…Be7? After all, Black is a full rook up and no direct breakthrough is visible. The objective truth is that after either White is not worse! In fact, the engine gives 0.00 after both moves. Apart from the odd repetition, it discovers, in a position with a full rook down the 0.00 evaluation means that White has fantastic compensation. Portisch chose 17…Kf8 and after 18.Bf4 it was Tal who played better in the ensuing complications.

This should NOT be played: This game was an eye-opener for me. As if a new color was shown to me, one I have never seen before.

I understood that chess is so much richer than I previously thought and I started to appreciate its beauty even more. I incorporated this new way of looking at positions in my own play. And, I felt much better because of it. You can and should approach chess from many sides. The more sides a player can look at it, the better the player is.

In chess, as in life, literally, everything is possible!

Here is the complete game: