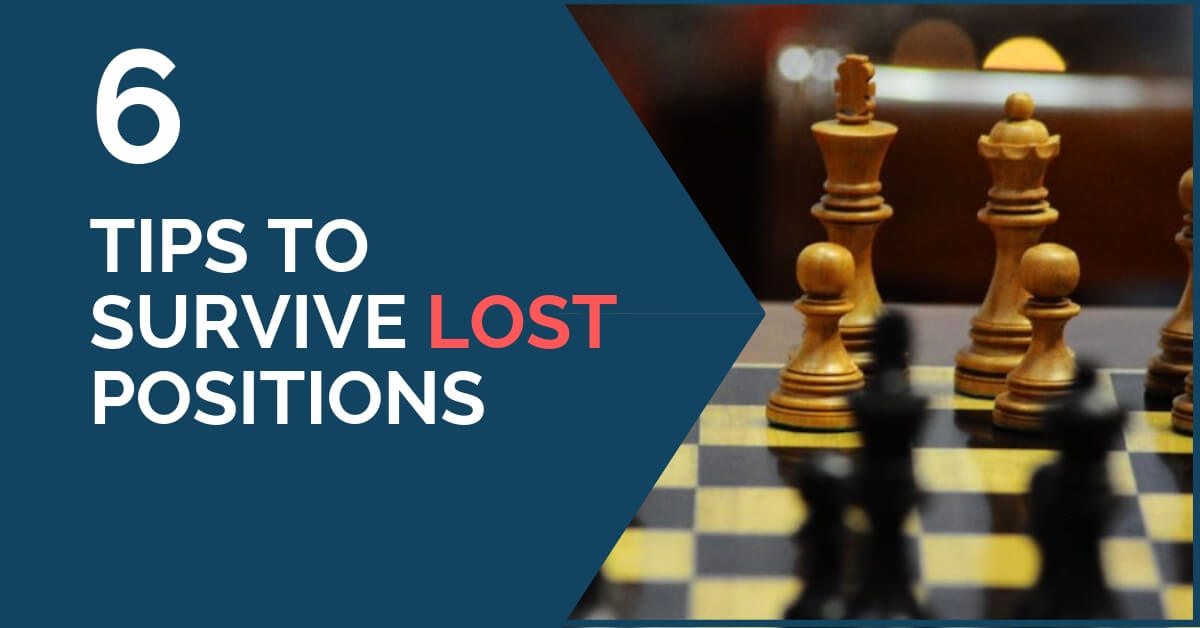 The good player is always lucky. This famous quote attributed to the third World Champion Jose Raul Capablanca means that one way or another, the stronger player will always find a way to scape and get a good result. We see it all the time in tournament practice or even casual play against experienced players. One of the main qualities of a strong player is the resistance they put when they are under pressure.

So the question is how to develop this ability?

Is it something you learn or is it just something that occurs occasionally due to random circumstances? To get out of worse/lost positions many things have to happen. It is complicated, as you need some sort of luck; however, in most cases, you can cooperate greatly to fabricate your own luck.

Besides the mere chess ability of candidate search, calculation and evaluation, there is one more important aspect: the psychological one.

Your decision making is now no longer rational, it is more about how to trick the opponent’s mind. Try to sell your defeat as expensive as possible.

We have tried to elaborate a list of everything you need to keep in mind when being under pressure, psychological and chess tools combined.

Most important things to remember when you are defending:

Of course, there are not any guarantees but you should always put up your best effort.

One of the most amazing comebacks of my chess career was against a promising player from Spain during the Spanish team championship. 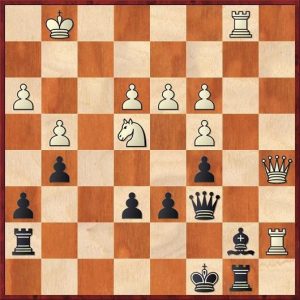 I had completely messed up the opening, the middle game and in general, I had been totally outplayed. The computer gives a 7.61 advantage for white on the first line and a 7.95 on the second line. I could resign with a clear conscience, but I still had a bullet or two to fabricate myself a miracle.

Being under attack, I decided to offer my opponent a compassionate queen trade with the move 27….Qc7. My best chance. My opponent wrongly accepted; if he had played a move like 28.Rb6! nothing could have saved me. However, his move is also winning. 28.Qxc7+ Kxc7 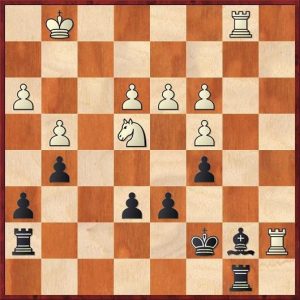 Now it is important as white to be energetic and finish off the deal. White should continue with 29.d4! cxd4 30.exd4 with the idea of c4-c5 next. Black is totally busted.

However, again, my opponent is just waiting for me to resign and played 29.Kf2, which is still in the winning margin 29….Kc6 30.Kg3 dubious, again 30.d4 is just winning but white’s advantage was so large that he can even afford several second rate moves. 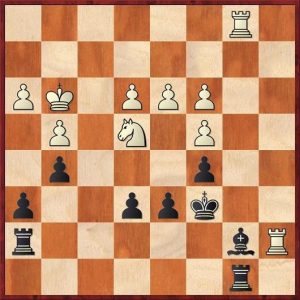 31…d5! Still losing, but what else to do? If my opponent had remained calm now he would have found 32.Nd2! with Nf3 coming to e5 and he is just winning. But again he chooses the least energetic response 32.cxd5 exd5 33.Nd2 Re7! Fighting for the initiative.

However, black is still lost. 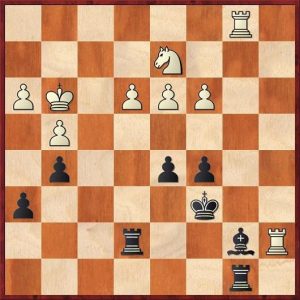 Here, for some reason, white decided to go 34.e4. Again, a dubious decision. Kf2 or Kf3 was better. When one has the advantage, you should not rush! It is important to limit the opponent’s counterplay too. At this point, I went 35…dxe4 36.dxe4 and now with 36…Ra8! I could have defended better. Probably still losing with the best play, but the win was no longer trivial.

To sum things up, winning won positions is not easy, so one should always remain calm when being on the defensive side. You must be aware that in all the scrambles to the victory there is always one chance when things can go wrong and that’s your opportunity.

We hope you have enjoyed reading this article and learned things that will be useful in your chess practice. Thank you for reading and feel free to share your comments.