Hedgehog According to Karpov

Hedgehog is one of the most popular set-ups for black nowadays and it can arise from several openings. However, it is one that’s not to everyone’s taste. Black willingly gives white a space advantage right from the start and chooses a compact position where his pieces are placed behind the wall of pawns. After the exchange of the black c and white d-pawns, black continues by placing his pawns on a6, b6, d6, and e6.

This formation acts as the spines of the hedgehog – short, but dangerous when provoked. White, on the other hand, usually responds with a Maroczy-like structure where his pawns are placed on e4 and c4, although an English Opening set-up, where the pawn remains on e2 and the light-squared bishop is developed via g2, can also be employed. 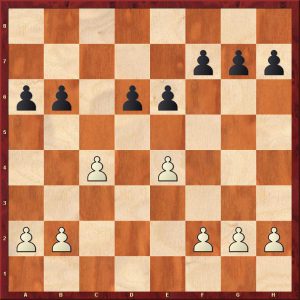 The Maroczy Bind against the Hedgehog

Right from its early beginnings, the Hedgehog has been more about positional understanding and less about memorizing theoretical lines. Although the modern theory has developed a lot in this system, it still requires good strategic skills to play it. Black is short of space but has plenty of ideas. The ruptures b6-b5 and d6-d5 have to always be taken into account. Moreover, depending on the way white develops, he can take action on the kingside, trying to weaken white’s position. While it’s true that black’s play usually unwinds on the last three ranks, white shouldn’t relax.

With more space at his disposal, the white player might feel confident and try to cash in on this advantage, but an over-expansion can cost him the game. These positions require a lot of maneuvering for both sides and any unnecessary weakening will be speculated by the opponent. Sometimes, the position won’t change much for many moves and it can get boring for someone watching it. However, playing this set-up requires a lot of precision and patience, as it is very important to make moves that keep the position intact, not giving the opponent targets of attack.

There are many strong players who chose this system as their main weapon, but one of the pioneers of it is former World Champion, Anatoly Karpov. The resulting positions, where the play is slow and requires a lot of maneuvering suited his style well and he scored good results with both colors. In this article, we are going to show you three of his most instructive wins in this set-up and the plans he adopted in order to fight for the win.

In his game against Zoltan Ribli played in the 1986 Olympiad in Dubai, Karpov showed a lot of technique in this structure. He kept making useful moves that improved his position, without committing to weakening moves and letting black guess his plan. Black also played well and kept parrying white’s ideas, but one move that weakened his structure was enough to give his opponent the advantage.

Against the Romanian Grandmaster Florin Gheorghiu Karpov employed a different plan that involved actions in the center and kingside. Again, we can see how both players handle the position with great patience and do their best to keep it compact. Black kept the game level and correctly responded to white’s set-up. But, a small inaccuracy gave the first player a slight edge and the position became uncomfortable for black. See the full game with commentary below:

Karpov also handled the Hedgehog well with the black pieces. In his game against Eugene Torre, we can see clearly the strategy black employs in the Hedgehog. After the opening, he kept making moves that provoked white to over-extend and, as a consequence, weaken his position. White went all-in and allowed black to counter-attack in the center when the tables turned. And, it was white’s king who was in danger.

That seems to be like a lot of things, and that is. But no worries, we have made it easy for you. Our comprehensive training course covers it all and much more.