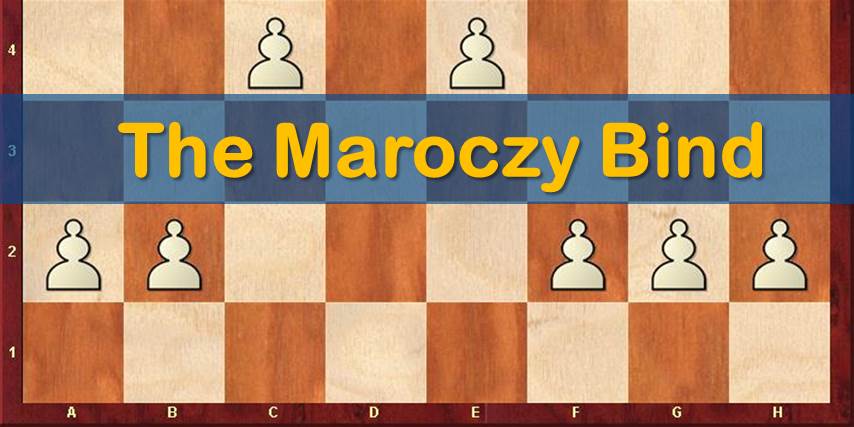 Maroczy Bind refers to the pawn structure usually employed by white as a weapon against the Sicilian. Named after the Hungarian Grandmaster Gyza Maroczy, it has been considered for a long time as the most uncomfortable set-up against the Sicilian Defense.

Even though modern practice shows that black does have some interesting ideas to try and breakthrough white’s center, the position is not easy to play and white keeps a slight edge.

The pawn formation usually arises after the exchange of the c and d pawns in the Open Sicilian where black allows white to push c4: 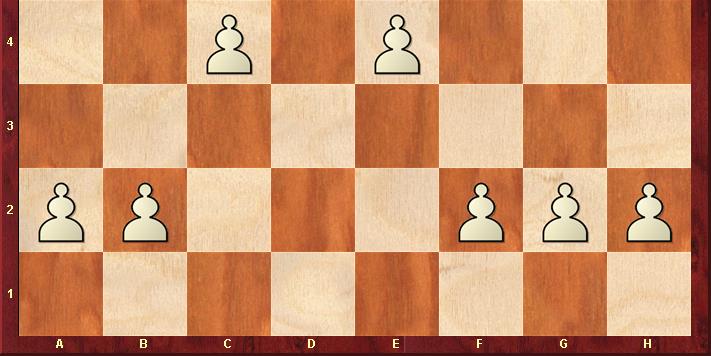 The basic idea behind this set-up is to keep under control black’s typical rupture in the Sicilian, namely d6 (d7) – d5. White creates a strong center by playing e4 and c4, while black has to settle for the slightly less active d6. Having more space, white can maneuver his pieces and play with different ideas.

The most common plans involve taking actions in the center and queenside, but there are cases where kingside attacks are also possible. Here are some plans you can use next time you’re playing this type of structure:

Against the Accelerated Dragon, white can use this plan thanks to the good control over the d5 square. After developing his pieces, he can play for Nd5, aiming to recapture the piece with the e4 pawn, thus opening the e file and quickly trying to put pressure on the e7 pawn. He supports his center by playing b3.

In this case, white’s idea is to play for the c5 pawn rupture. The center is now supported by the f3 pawn, while the b pawn goes to b4, making c5 possible. The rooks are usually brought on the c and d files and the dark-squared bishop on e3. Sometimes, the queen can also help from f2.

Besides this, white can also use the double fianchetto set-up and place the queen on the a7-g1 diagonal, while the rupture will be supported by bringing the f3 knight to b3. Against the Hedgehog, this is combined with threats against the weakened b6 pawn. When employing this plan, make sure the c4 pawn is well defended, as black will try to put pressure on it once you play b4.

This is another common idea in the Maroczy type of structure, where white combines central and kingside threats. He usually does this by playing f4 and striving for e5, opening the d and f files for his rooks. Less common is playing for f5, as this loses control over the e5 square and black can reroute his knight from f6 via d7-e5. Another idea is to play for h4-h5 and try to open up the opponent’s king. In this case, you can use the d5 square to transfer the rooks on the kingside.

We have selected next a few games played by famous Grandmasters in this structure. The first two illustrate white’s ideas against the Hedgehog type of structures. In the first game, Dominguez develops his dark-squared bishop to e3 and continues to play for the c4-c5 rupture. In the second one, we see Karpov using the double fianchetto and combining the queenside and kingside threats by playing both b4 (supporting c5) and f4 (aiming for either e5 or, once black has committed to e5 himself, f5 and g4).

The last game will show us the Maroczy set-up against the Accelerated Dragon, where white keeps the pawn on f3 and plays on the queenside, for the c5 rupture. A very instructive win by Gelfand.

These are the main ideas for white in the Maroczy Bind and we hope you will be able to successfully use them in your future games. Good luck!

Ready to start winning games with The Maroczy Bind? Check out our store and articles: