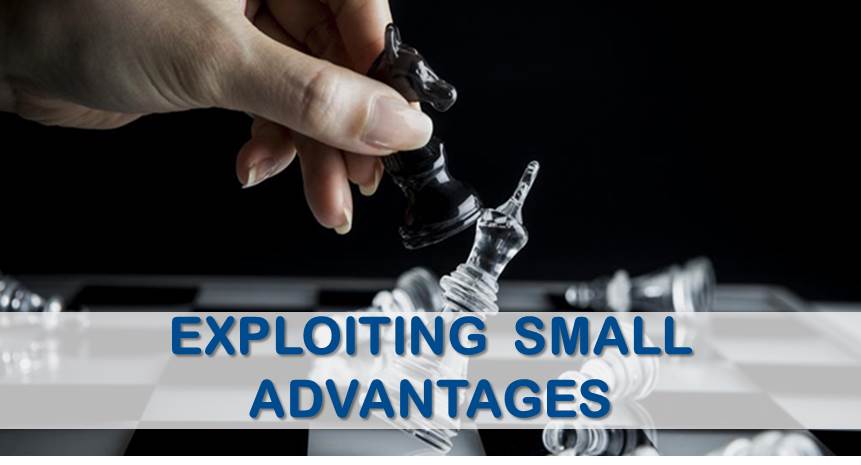 Very often before a game, a player feels anxious about how to win his game against his respected opponent. Usually, this leads to spending too much time thinking about what opening he should use in order to achieve a considerable edge quickly and not suffer much to win. This kind of vicious cycle happens to all of us who play in tournaments often.

We forget that chess is a lot more than just the opening and that our engines and databases will not be there to help us through the game. That’s why it is important to keep a more global thinking and see the maximum potential of each position. Even in seemingly equal openings there are always small nuances that can unbalance the game. Mastering the technique to make the small advantages count is one of your goals in your systematic training.

In this article we will show you some examples of strong grandmasters winning with positional play and with a simplicity that will impress you. Before moving on to the games, let’s try to define what a small advantage is.

We will consider small advantages only in positions with equal material, and more or less balanced. Nevertheless, one of the factors listed below can be found in the position:

This was one of the main characteristics of Capablanca’s style of play and possibly one of the reasons why he lost so few games too. He simply knew how to play better, for a longer time than his opponent and he only needed a small edge in the position. His approach in the endgame has been emulated (successfully) by several other players and he is still considered a reference player when it comes to studying the last phase of the game.

Another player with such characteristics was Ulf Andersson. The legendary Swedish Grandmaster played very “insipid” but solid openings with white and obtained great success along his career.

Let’s have a look now at three explained games in which one side managed to convert a slight edge. There are many, many games we could choose from but we have chosen our favorite three.

In the game against Horowitz Capablanca played the Reti Opening, the same opening he was beaten by Richard Reti himself. White develops his pieces first with a double fianchetto and later on begins to exert pressure on black’s pawn center. The game remained equal for the most time, but suddenly Capablanca managed to obtain some initiative when his rook on the C file invaded the seventh rank. The game is a perfect demonstration on how to exploit a minimum element in the position.

Andersson was one of the greatest players at exploiting minimal advantages. In this game he managed to create chronic weaknesses on c6 and a7 early in the game. However, realizing this advantage was not easy because of the lack of pieces on the board and the presence of opposite color bishops. Little by little white managed to increase the pressure against black’s weak pawns until his position cracked.

The talented Tony Miles was an excellent technical player. His variety in openings often helped him get out of the opening and avoid the preparation by his opponent. Then, he would take advantage of his opponent’s mistakes. We like this game because black loses smoothly, almost without notice. The position seems easy to play for black and nevertheless a couple of imprecise moves and white was much better. White didn’t make great decisions in this game; he just made his opponent pay for his mistakes. In the comments of the game we also mention a similar game by Tony Miles against Mathias Roeder in which he successfully applied the same strategy.

We hope you have learned from this article that chess is very rich in ideas and even in the so called dull positions the stronger player will impose his will most of the time. It is important to not only value the opening work but also pay attention to the small details in the middlegame and endgame as they can be all you need to play for the win.