The Struggle for the Center 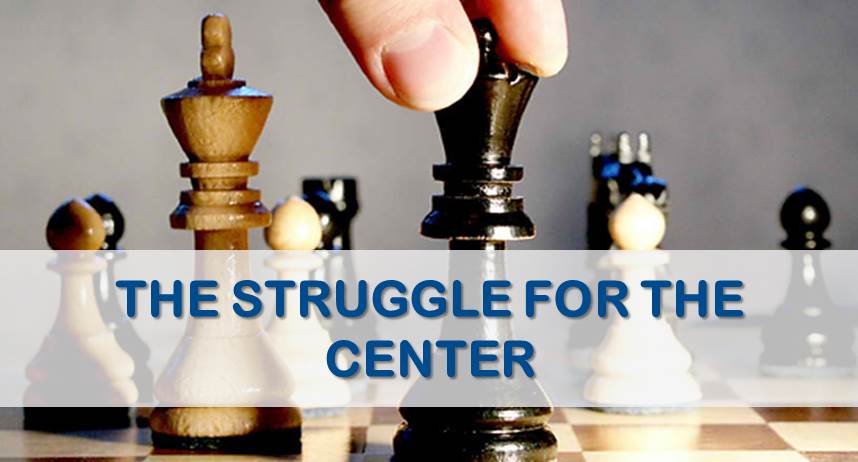 As soon as we start learning chess, the first thing that they tell us is: “you must control the center”. A position with pawns on e4 and d4, if you are on the white side, is often good. While there is some truth in this elemental concept for beginners, later on, we discover that things are far from simple and that occupying the center with pawns is no guarantee of being automatically better.

Along with the central pawns, there are other factors that must be taken into account before you can claim a positional advantage. It is essential that the central pawns are strongly supported by pieces. If that’s not the case, then central pawns will simply become a target for the opponent’s pieces. Naturally, this sounds very easy but applying the theory in practice is more complicated, even for experienced Grandmasters.

Playing against the pawn center:

The central pawns are a good asset for the side who has them, as they generally control key squares and the threat of their advance is always there. Therefore, when our opponent has these two dangerous pawns in the center, our strategy is to undermine it by attacking it with pieces or by playing pawn ruptures.

There are several modern openings, such as the Pirc, Modern, Grunfeld, Reti, in which the center is given to the opponent only to start attacking it later. However, this has to be done in time before the side with the central pawns consolidates and strengthens their positional plus. The pawn breaks is usually the most effective method to fight the central pawns. They force the enemy’s pawns to be either traded or advanced and in either case, they lose control over some critical squares that can be used to create counterplay.

Modern openings like Tiger’s Modern, Grunfeld, Pirc are very popular now and honestly, Grandmasters rate these openings highly because they lead to unbalanced positions, ideal to play for a decisive result. Richard Reti was perhaps the pioneer in this strategy of giving the opponent the opportunity to place his pawns on the center and then prepare a good strike against them. For example, let’s have look at the diagram below: 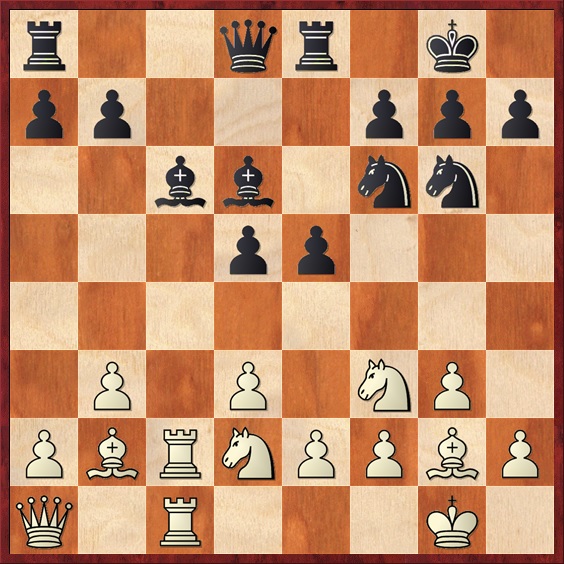 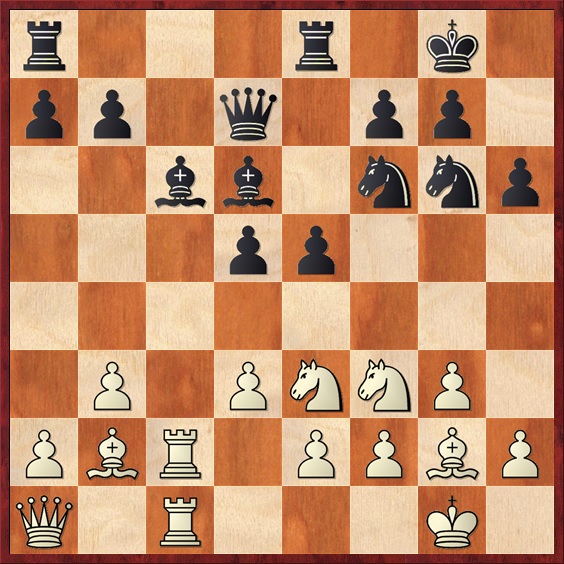 After having developed all of his forces, white decides it’s the right time for a strike against black’s central pawns with 17.d4! Black is already worse and Reti went on to win only 14 moves later.

Mihail Botvinnik, who started many games with 1…g6, was also well aware of this method of attacking the center. In the following diagram we can see that he attacks the enemy’s center at a very early stage of the game, kind of revolutionary at the time. 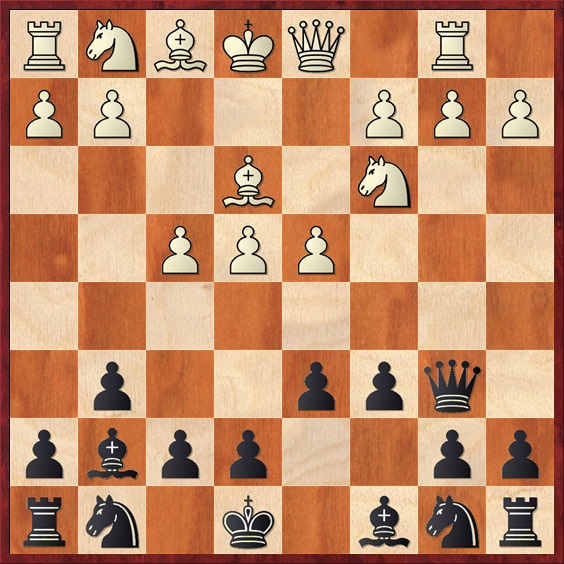 Botvinnik continued with the very interesting 6….f5!?, a brave move that aims to destroy the harmony between white’s pawns. 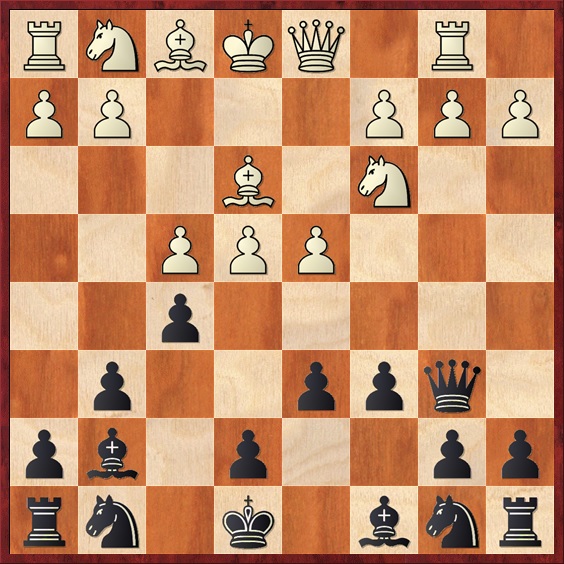 This pawn break resembles to another Botvinnik game in which he played f5 early in the game. See the diagram below: 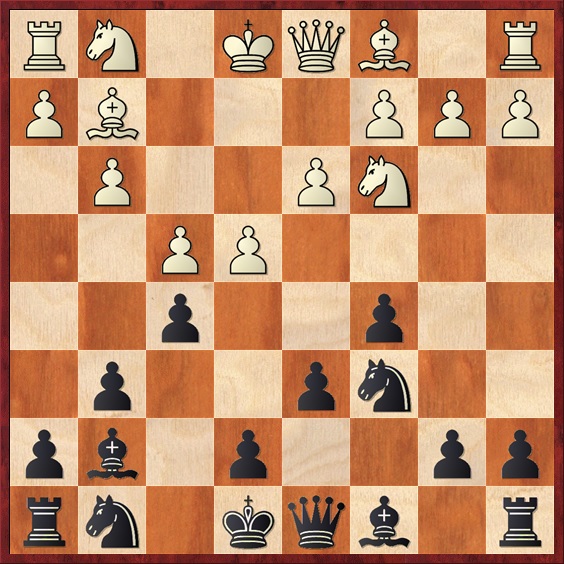 This game was analyzed for one of our previous articles on the Closed Sicilian, so we invite the reader to also have a look there.

We are going to finish our article with three examples of games in which we can see how the players handle the struggle for the center.

The first game is Najer,E – Milov,V, a game that caused a great impression on me the first time I saw it. Black plays the modern defense “hippopotamus style”, with the knights on e7 and d7. Very soon in the game, he sends two pawn attacks against white’s center with d5 and f5!, which is something you don’t see very often. The game has plenty of interesting details that you can see below:

For the second example we chose the game between Tung,S and Dominguez,L. Now here is a big difference of class between these two players. One is amateur and the other is among the world’s best. However, the opening played illustrates the battle for the center very clearly. We also think the move g5!? employed by Dominguez against the 4 pawns attack in the Alekhine deserves more attention.

Last, we have a Grunfeld Defense played by the super strong GMs Korobov,A and Nepomniachtchi,I. The game is fairly even for the most part.

We can see the typical play against white’s center in the Grunfeld.

We hope this article has been entertaining for our readers and of course, that some valuable conclusions can be taken out of it. The center itself can either be a weakness or a strength. It all depends whether you can attack it or not.

Hello Alan, the course is downloadable (no snail-mail involved). Also you will get an access to the exclusive members only area. The course is generally designed for players with 1000-2000 rating.

1. Is the package downloaded or is there an option to be snail-mailed?

2. What rating is the course designed for?