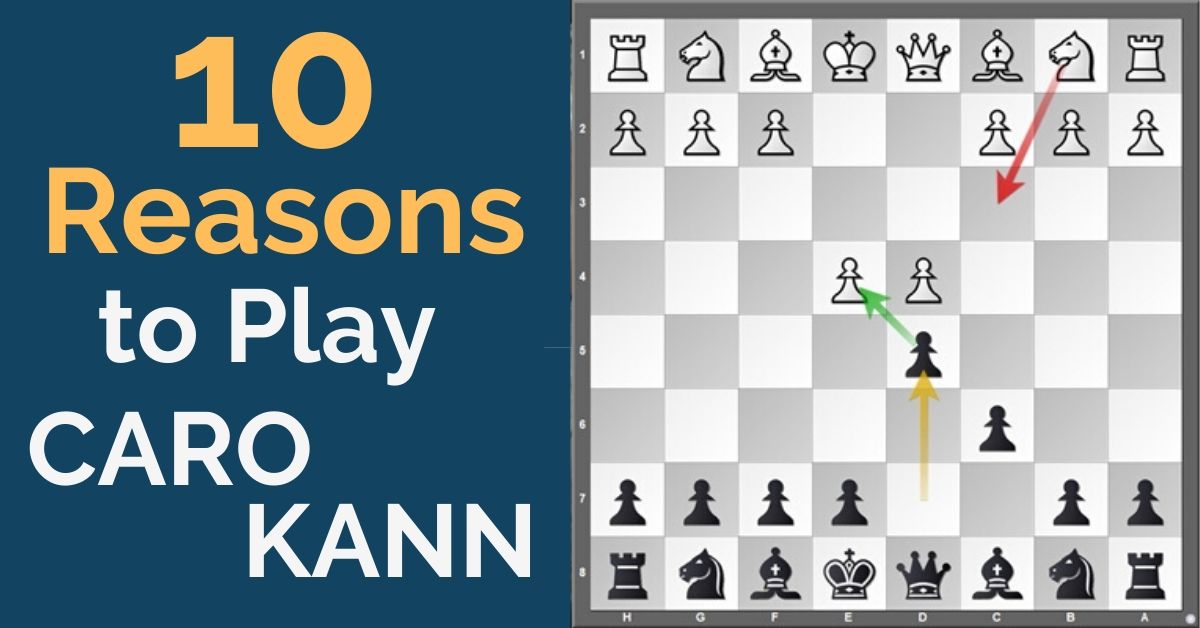 Caro-Kann is one of the openings that has become more and more popular in recent years, as many strong Grandmasters have decided to include it in their repertoires.

For a long time, this has been considered an unambitious and boring opening, suitable for those players whose only goal was to equalize with the black pieces.

However, recent games and its rise in popularity are now proving that things are not exactly like that.

So, why has the Caro-Kann become so popular and made it to the repertoire of such strong players? Here are the 10 reasons!

1. Caro-Kann is a Solid Opening

As reputation precedes it, the Caro-Kann is a solid opening.

Black obtains a good, sound position, with no weaknesses in the pawn structure. He gets good control over the center after the d7-d5 advance and there isn’t much white can do to tear down this central “wall”. With correct play, black’s position will remain sound throughout the whole game.

2. It leads to Fighting Middlegames

Many times, solid is mistakenly associated with “dull”. However, these terms don’t have to be synonyms. Solid positions can lead to rich, fighting middlegames and this is what happens in the Caro-Kann.

There are many interesting plans to choose from and discover once you dive into the study of this opening.

3. Caro-Kann is a Positional Opening

The Caro is mostly a positional opening. As mentioned above, black’s position is rock solid and his plans are very clear. In return, white has more space and tries to make use of it. This scenario usually leads to tense positional battles where both players need to understand the demands of the position and know well what the typical plans to follow are.

4. It Allows for Statics and Dynamic Play

However positional, the Caro-Kann can be seen as a middle ground between static and dynamic play. The resulting pawn structure will usually dictate the type of play to follow. For example, in the Exchange Variation, the play will be relatively static. On the other hand, it will become dynamic in positions with an isolated pawn.

If what you are looking for is dynamic play, then you will be happy to discover that the Caro-Kann can also become sharp. Depending on your style of play and your opponent’s choice, the game could go either way. It is a very good weapon to play for all three results with the black pieces.

6. It Leads to a Better Endgame for Black

Another thing you have to know about the Caro-Kann is that play can many times be headed into an endgame. If you are a solid, positional player this might be the right choice for you! Trades usually favor black in this opening and endgames will most of the time give a small plus.

Flexibility is the keyword in this opening. Black doesn’t immediately commit to any particular structure and he is well prepared and ready to meet any changes that will appear in the future.

It is relatively easy to learn, from a theoretical point of view. Most of the play in the Caro-Kann is based on understanding the resulting pawn structures and the plans associated with each of them.

In this case, memorizing variations becomes less important. However, you have to know that there are a few sharp lines where good memory is needed. White can go for early attacks against the king sometimes and here you will need to remember the correct ways to defend.

9. Caro-Kann has Multiple Plans to Choose From

If you are the kind of player who likes to vary from time to time, the Caro allows you to do this, without having to learn a new opening. Black has many variations to choose from, so you will still be able to change lines and surprise your opponents whenever you want.

It is an opening that has passed the test of time and has the seal of approval from many super-strong players.

Some of the Grandmasters who have successfully tried the Caro-Kann are Vishwanathan Anand, Anatoly Karpov, Hikaru Nakamura, Alexey Dreev, and Evgeny Bareev, and Baadur Jobava.

Looking for more on Caro-Kann Defense? Look at the 8 Greatest Chess Games and Complete Opening Guide.

Ready to add Caro-Kann Defense into your Repertoire?

In this brand-new Mastermind, you get 10 hours of HD video training and complete PGN files containing *every* Caro Kann game the Russian chess legend ever played.

What I’ve got for you today is a new and updated Caro Kann repertoire based COMPLETELY on Anatoly Karpov’s approach to the opening. 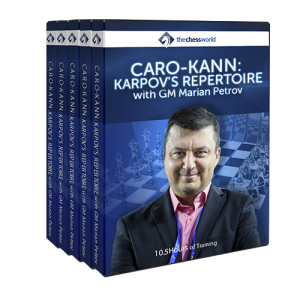 Hello David, sure thing, GM Petrov covers this in Chapter 10.