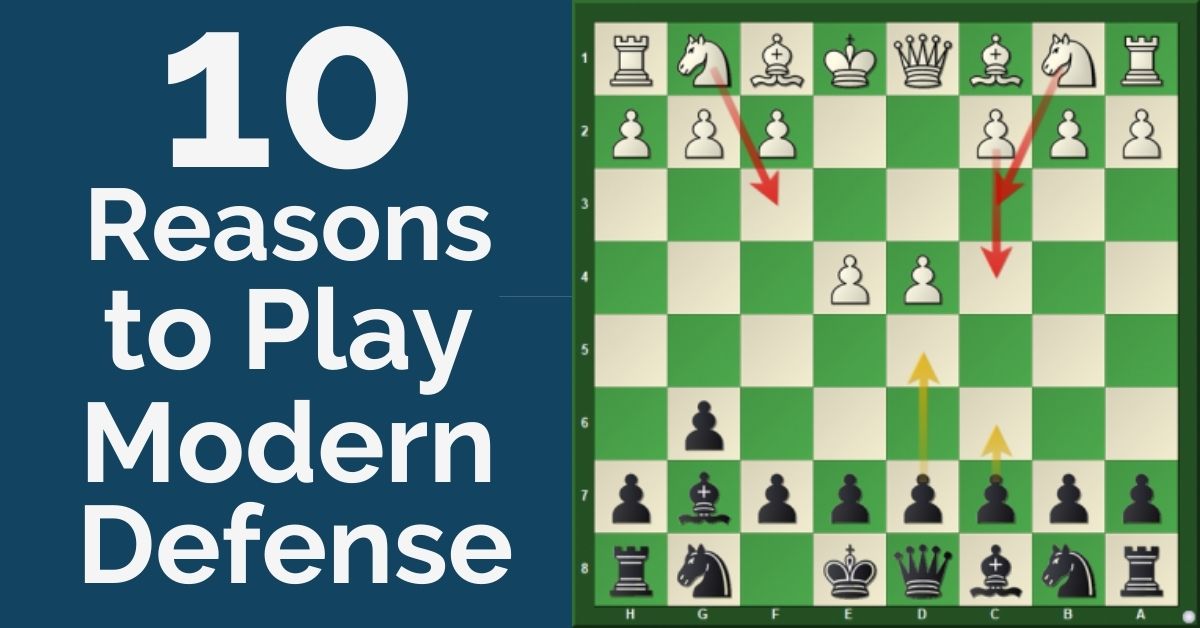 Modern Defense, starting with 1. e4 g6 2. d4 Bg7, follows any other hypermodern openings and is highly provocative and dynamic—as much as an opening can get. Black fianchetto a bishop early on the g7-square eyeing on the long dark-squared diagonal running from h8 to a1.

Black’s idea is to let White grab control of the center with his pawns and develop his pieces fast. Black can later exploit the overstretched pawns and undermine White’s play. The idea is to play risky, and have some fun as Black.

Not only is it theoretically sound but also poses a solid challenge to White’s setup, whether it starts with 1.e4, 1.d4, or anything. If White slips even a tiny bit, this opening can let Black jump on the opportunity and turn it into a winning advantage. That’s exactly the kind of opening you need in a blitz game, isn’t it?

2. Modern Defense: It often leads to a complex game

If you don’t like sharp, complex positions where things can go wrong for either side at a moment’s notice, this opening is not for you. Wrong move orders or exchanging the wrong pieces can have a serious effect on both the player’s positions. Again, this is why Modern Defense is your perfect choice during a game with faster time controls. Just know what you are doing.

3. It presents a lot of counter-play for Black

Black usually intends to break through White’s center control with c7-c5 or e7-e5 pawn push. As a Modern Defense player, you have lots of counter-attacking ideas, often transposing from one position to another. While White focuses on the center and the kingside, Black can focus on wreaking havoc on the queenside.

Material sacrifices, imbalances, and wild tactics are an integral part of this opening. The game usually starts with a lot of piece-maneuvering but as it progresses move by move, it ends up resulting in fascinating positions where sparks fly off the board—be it the pushing of the h-pawn or with some crazy double knight maneuver in a closed position.

5. Perfect even for Positional Players

While Modern Defense is usually considered best for players who love a tactical and aggressive game, it often arises from complicated piece coordination and intense calculation, almost several moves ahead. Rule of thumb: the position can fall apart with a single move at times. Your primary strategy is to make your opponent think long and hard on each move, and put pressure on his clock.

6. Modern Defense: It is not too drawish by nature

What we love about Modern Defense is that it does not lead to drawish positions like the Exchange Slav, some lines of Maroczy Bind and Ruy Lopez, etcetera. More importantly, Black usually does not go for a draw due to the abundance of attacking opportunities in the position. Do note, if you are really short on time, you can try to repeat a few moves and secure a draw. Just saying…

7. Not too much theory to learn

Well, some people do say that you do not have to learn a lot of theory in Modern Defense. Not totally true. It is not chock-full of crazy lines as in, say Najdorf Sicilian. But it sure has got some theory or lines to learn if you don’t want to strike out right off the bat. However, it is mostly based on overarching ideas and general concepts that you can apply in almost every game.

8. Borrows the best stuff from everywhere else

This is not an opening for the purists. It borrows a lot of different ideas from other openings like the Pirc, the Hippopotamus, and even the Dragon as long as it creates fighting chances for Black. And that actually tends to increase the flexibility factor of the opening—where Black usually asks White, “Is that all you got?”

Are you a club player? That means you get opponents who are prone to inaccuracies, mistakes, or even blunders. Then this opening is perfect for you. All you have to do is make sure you keep your gloves up at all times. Sooner or later, your opponent will find himself tangled in a messy position and fall into a trap of his own.

Just because this opening is highly favorable for lower-rated players, it does not mean that this opening does not get much love at higher levels of chess.

Apart from Tiger Hillarp Persson—perhaps the biggest proponent of this opening—it has been employed by players like Nigel Short and Colin McNab.

Even super grandmasters like Magnus Carlsen, Ian Nepomniatchi, Levon Aronian, Peter Svidler, and Richard Rapport have won at least one game from this opening.

Ready to include Modern Defense in Your Opening Preparation? 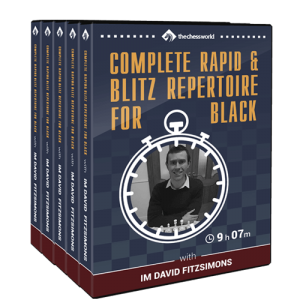