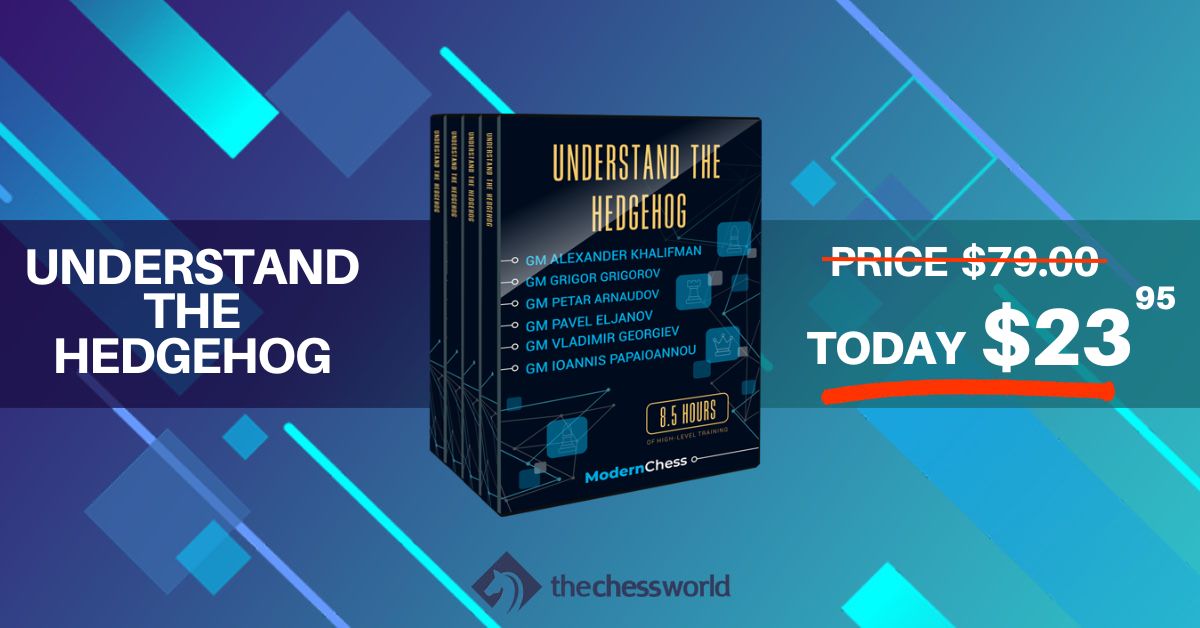 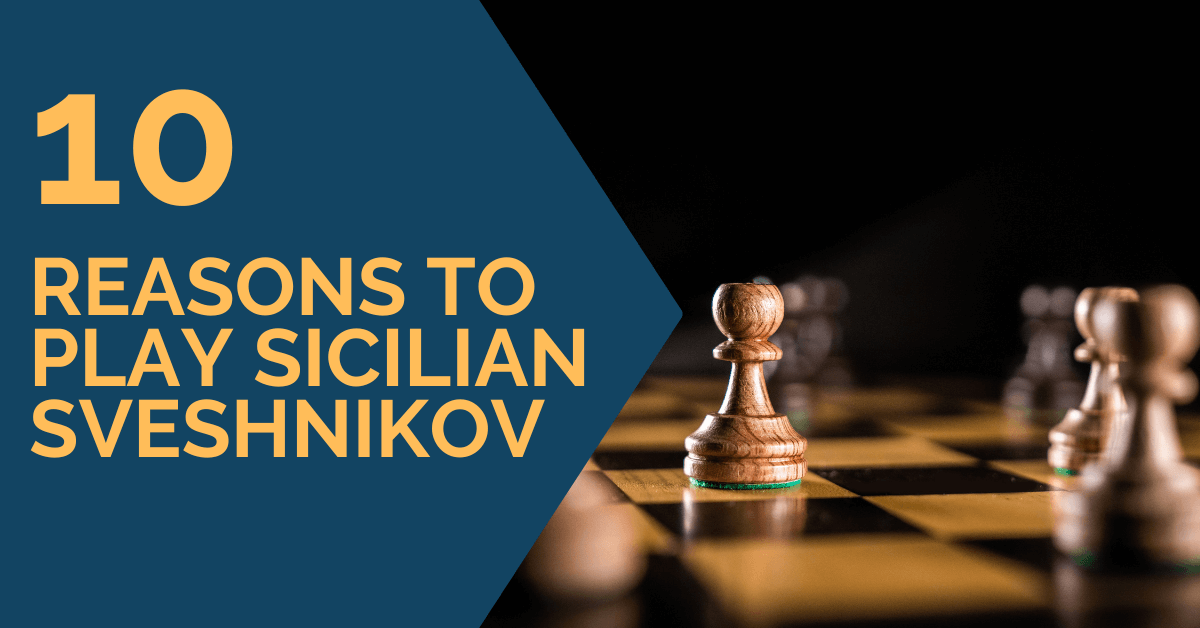 Sveshnikov Sicilian: The Sicilian is the most popular answer to 1.e4 and is one of the openings we can find at any level, from club players to the very top.

The reason why so many players employ it is it usually arises from unbalanced positions, with good fighting chances for both sides.

It is also an opening that requires knowing a fair amount of theory, so beware of this before you decide to play it.

Black has a lot of options to choose from and, if White opens, there are many interesting lines, fit for the style of every player. For those who prefer sharp positions and are not afraid of getting into complications, the Dragon could be an interesting option, for example.

For players who like quieter positions, which still are complicated enough and rich in ideas, the Accelerated Dragon or the Taimanov could be a good choice. As happens with every opening in chess, you should choose the line that works best for your style of play.

One line that has slowly gained popularity is the Sveshnikov variation. We get into this line after the moves: 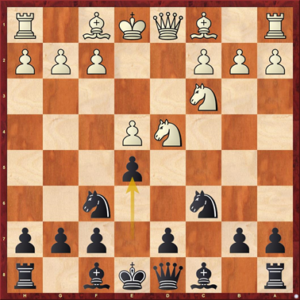 This variation has been present since the 1900s. Emanuel Lasker tried it in his 1910 World Championship match with Carl Schlechter but got its initial name (Sicilian Pelikan) after the Czech-Argentinian Jorge Pelikan, who used to play it often and brought some new ideas. However, the line didn’t really catch on and many considered it a bad choice for Black. The main reason for this was the “hole” Black creates on d5 after the e5 push and the backward pawn on d6. Both were considered long-term weaknesses that White could put pressure on, while Black’s counterplay was far from obvious.

It was Grandmaster Evgeny Sveshnikov who revived the line in the 1970s by bringing in new ideas for Black. Together with Gennadi Timoshchenko, they turned this line into a serious option for Black. The success he had with these ideas didn’t remain unnoticed. Players of all standards began to appreciate its potential and it slowly became a common guest at many major events.

Here are a few things you need to know about the Sveshnikov Sicilian:

1. It is a good choice for players who have an aggressive style.

The positions that arise are dynamic and full of potential. To make up for the weaknesses in the position (especially d5), Black needs to play dynamically. Keep in mind that the positions can become aggressive. But, not as sharp as the ones arising in the Najdorf variation, for example. The main lines lead to complex positions, where you will need to learn a fair amount of theory. The Sveshnikov is an ultra-theoretical opening which you will need to prepare very well theoretically. Otherwise, you can risk being in a situation where your opponent heavily punishes you.

To take control of the square d5, White will usually need to give up the dark-squared bishop for the knight on f6, doubling Black’s pawns on the f file. We can see this after the moves: 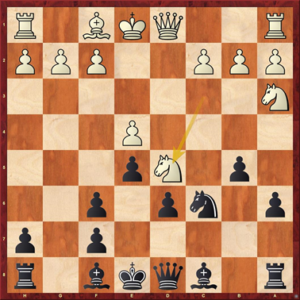 Although the position looks like a great success for White from a strategic point of view, in practice they are unclear. Black’s bad bishop from f8 will become an important piece after the advance f6-f5, while the g file can be used for the rook on h8 in some lines.

2. Sveshnikov Sicilian: Black gets good development in this line.

Again, despite the bad structure, the Black’s pieces will end up on very good squares and together they will cooperate very well to put pressure on the White’s position.

3. Black gets very good control over the center.

Out of all the Sicilian lines that Black has at their disposal, the Sveshnikov is probably one of the only ones where they get such good control over the center. The pawns on d5 and b5 restrict White’s pieces, while the central e4 pawn will be attacked sooner or later by the f7-f5 (or f6-f5) advance. In most of the other Sicilian lines, Black’s pawns are usually on d6 and e6, e6 or a6, or d6 and g6.

4. Sveshnikov Sicilian: Black gets the bishop pair right from the beginning.

To keep control over the d5 square, White will have to part with their bishop pair in order to eliminate the knight on f6. Although it might not look like a great advantage, in the beginning, the two bishops can potentially become strong if White is not careful. Black’s idea is to open up the center. When that happens, both the light and the dark-squared bishop will come to life.

The bad pawn structure that Black gets in some lines should not intimidate you. The Sveshnikov has been tested at the highest level and is still being used by the top players. It is hard to believe that players of this caliber would repeatedly use a line that is not sound. Black’s counterplay comes in the form of piece activity, which will show in most of the lines of the Sveshnikov.

6. Nowadays the Sveshnikov is considered to be one of the most annoying lines to play against with White.

While there is a lot of theory and the lines have been heavily analyzed, it is still difficult for White to get an advantage against it. This is one of the reasons why the Rossolimo (1.e4 c5 2.Nf3 Nc6 3.Bb5) has increased in popularity lately. Many players prefer to avoid the Sveshnikov and not open with 3.d4 at all.

7. If you are looking for a fighting line with Black, with this opening you can play for all three results.

As mentioned before, it leads to complex positions where it is easy to go wrong (for both sides). However, if you have learned your lesson well and are in desperate need of a win with the Black pieces, the Sveshnikov is a good weapon to have in your repertoire.

8. If you are a Najdorf player and are looking to add another system to your repertoire, the Sveshnikov is a good alternative.

The positions have the same character and it will be easy for you to understand the ideas Black plays for. Former World Champion and Najdorf expert Garry Kasparov is one of the players who have successfully employed the Sveshnikov in their games as well.

9. It is always reassuring to know that top-level players choose your opening too.

In the Sveshnikov, Magnus Carlsen had a resounding success in 2019, scoring many instructive wins against top Grandmasters. Other experts on this line are Garry Kasparov, Peter Leko, Alexei Shirov, and Boris Gelfand.

10. The Sveshnikov is one of the modern openings, with new ideas still being discovered.

This can be both a good and a bad thing. The upside is that you can still surprise your opponent with new ideas or your own analysis. The downside is of course that you have to always be up to date with the newest games. You also have to know how to meet the novelties.

Looking for more on Sveshnikov Sicilian? Here are the TCW Academy article with GM Marian Petrov and Line 7.Nd5 against this opening.