Attacking Ideas on the Queenside: The A-Pawn Advance 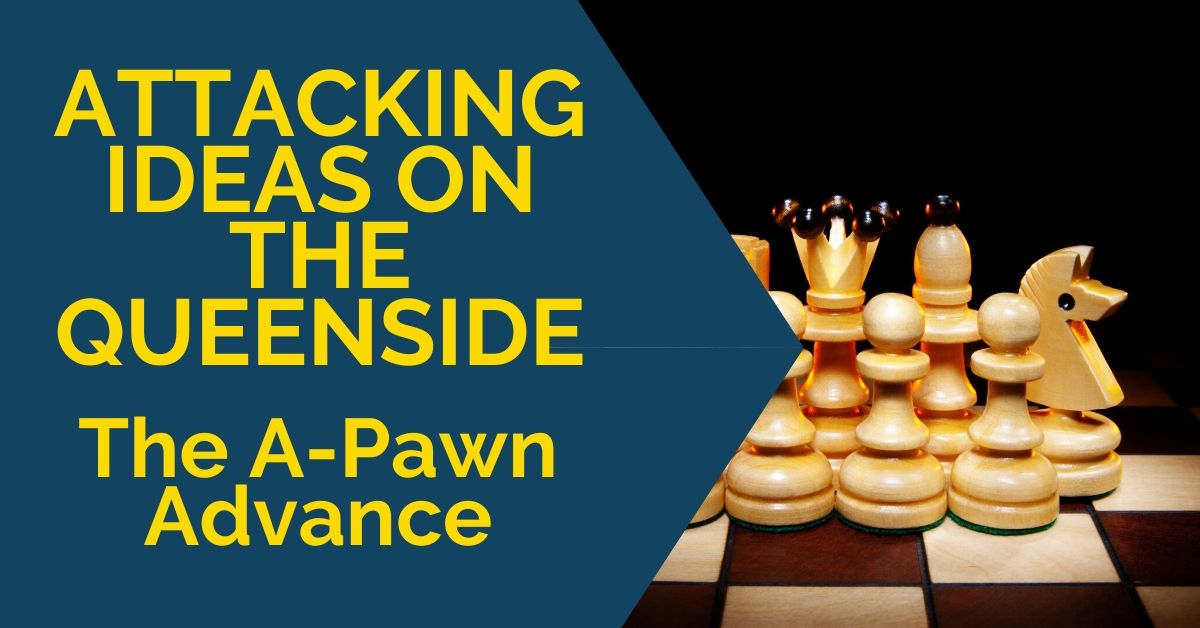 A-Pawn Advance: When we talk about attacks, most people automatically assume that there will be an attack against the opponent’s king. While these are a lot of fun and can lead to sharp positions with beautiful tactical possibilities, it is not always possible to start one. Some positions require different types of play and starting a pawn storm against the rival king could only create weaknesses instead. Besides, an attack against the king is not the only way to generate active play. In today’s article, we are going to explore fighting for the initiative by starting an attack on the queenside.

The aim of an attack on the queenside is usually to gain space and create some weaknesses in our opponent’s position. Once this is done, the next step is to fix them and then attack them. There are many ways to do so, but here we are going to look at the advance of the a-pawn against the a2-b3-c4 pawn structure.

The point of this advance is to create a weak pawn (usually on the b file) and fight for control of the file, which will become of great importance in the game.

A-Pawn Advance – Let’s see how this works in practice: 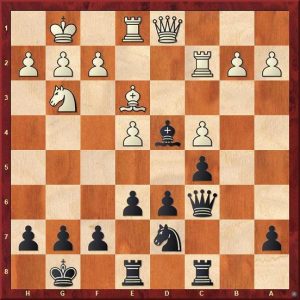 White’s last move was 22.Qd1, attacking the black bishop on d4. I decided to show the game from this moment, as black’s choice to defend it at this moment is quite instructive – he continued with. This move has a double purpose. First of all, it defends the bishop, and secondly, it attacks the pawn on b2.

It might seem trivial, but in fact, black is inviting white to advance his pawn to b3, when the idea of advancing the a-pawn all the way to a4 works best. If the white pawn stays on b2, it will be more difficult for black to create an active play on the queenside. In addition to this, it is important for black to keep the bishop on d4. Also, he should not allow to white any type of counterplay against their own weakness from d6.

After 23.b3, black put his plan into practice and after a few more moves the following position was reached: 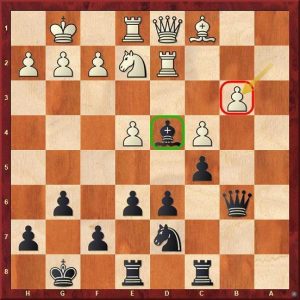 Note how after the trades on b3 black has a clear target of an attack, on a semi-open file. The a-file can also be used in the future, as white can’t easily double his rooks here because of the powerful bishop on d4. Once again, though, black is put in the situation to do something about his d4 bishop. That bishop is now under attack. As you will see, this bishop will never leave square d4 without a good reason and here 27…e5 is the way to go.

Besides the obvious task of defending the bishop, this pawn advance also opens the knight’s route to d4. It can now get there via f8 and e6. If white decides to take on d4, after …cxd4 the knight could instead go to c5 and put pressure on the newly created weakness. 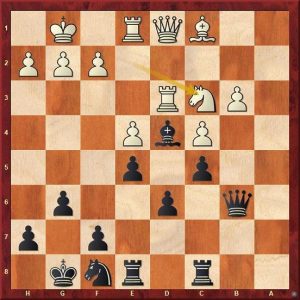 The next instructive moment of this game comes two moves later, after white’s 29.Nc3. The knight is now threatening to jump to d5 and become a thorn in black’s position. For this reason, the time has come for black to trade his dark-squared bishop – 29…Bxc3!

The knight is now ready to get to d4 and white’s position is becoming worse move by move.

It is also important to note that white is still not in time to bring his rooks to the a-file. That fact will allow black to invade his position using this open file.

Looking for more on this topic? Look at Total Chess Article.

We also recommend reading Chess Self Improvement Guide and 15 Tips to Boost Your Rating Up to 2200.

See how the German Grandmaster converted his advantage: