Central Squares: Are They Important? 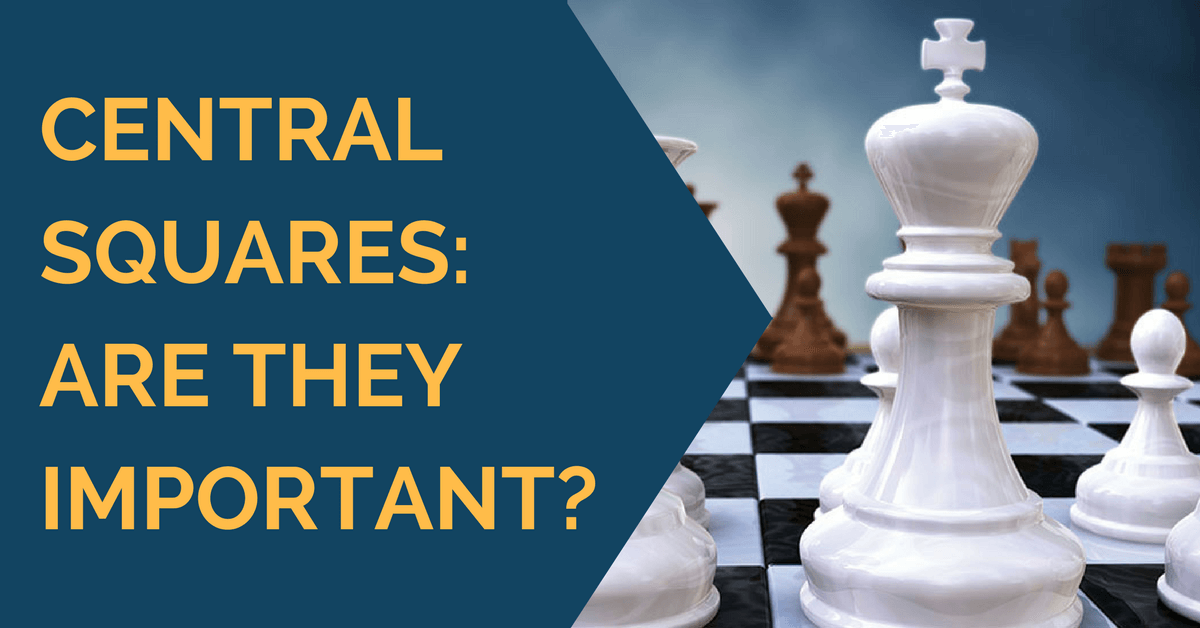 Q. Which of the central squares are more important – d4, d5, e4 or e5?  As a point of reference, let’s say the player is playing White. Can you explain why?

A. That depends if you playing so-called light squared game or dark squared game – which basically means what squares you are trying to dominate. So, if you place pawns on d4 & e5 – light squares (increasing the value for light squred bishop) become more important since black squares are being occupied by pawns.

Q. This is the first time I have heard of dark- and light-squared games…it does make a lot of sense. I will look further into this. Thanks for the tip, Yury.
Like the eternal question posed by all chess players “What is going to be my plan ?”, how do I know what type of square games I am going to play on the onset as the game is also determined by the opponent?

A. Take a look at this Slav Defense Exchange variation example: 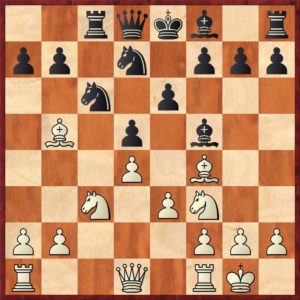 Q. Not confusing at all, Yury because you have taken the time to explain it well.After move 9 position is somewhat symmetrical.  White has its central pawns placed on dark squares d4 and e3. Black has its pawns positioned on light squares e6 and d5. From the white’s point of view, it would be great to get rid of black’s light square bishop since black’s influence e4 square is strong. At the same time White has a major influence on e5 square:
d4 pawn, f4 bishop, and f3 knight – they all aim at e4!  The main idea is, it absolutely does not matter what kind of game you’re playing: light squared or dark squared as long as you understand that you got to eliminate your opponents opposite color bishop, saving yours (in perfect case). That is basic idea of positional play when you are taking control of key squares (diagonal) you need to exchange the protecting bishop for increasing your influence.
Similar idea is to exchange your opponent’s fianchettoed bishop for weakening the key diagonals a-h or h-a. I’m sure you know that.
I hope it’s not too confusing.

I think I understand what you are getting at. Just as much as I want to increase my influence (in this case, the e5 square), I should also want to reduce my opponent’s influence (in this case, the e4 square).
The e5 square is contested by White 3 times whereas it is contested by Black only twice (the two Knights). It appears that White had planned to fight for the e5 square right from the beginning. This means that the opening is not just about achieving development, grabbing space but also positioning for key squares.
Thanks again Yury

Q. so Yury let me get this right if I’m playing as white and my pawns are on dark squares and blacks pawns are on light squares then I want to take out blacks light squared bishop if that’s right then why?

A. Roy, I think you already got the answer to your question, but let me repeat once again. If you’re White and your pawns are on dark squares that mean that b1 – g6 diagonal is weak, so is e4 square. In such position (Slav/Semi-Slav) c2 is a great square for White’s queen. However, since black’s light squared bishop control this square it is good to exchange the bishop.
Hope that somewhat helps.

Q. Yury, after ruminating on your comment that White will attempt to take out the  Black’s light-squared bishop, why does Black in this Slav Defense Exchange variation ( I am not familiar with this defense ) do not create an escape square for it since White’s Nh4 will definitely bring it down?

A. Well, you right, sometimes they actually do create escape square by playing h6, but there are some problems with that move: it weakens king side since h6 becomes a target for possible sacrifices/attacks, time is needed which black is usually short on, and if White really wants to it is possible to exchange light square bishops placing light bishop on d3.
The game can also take a different path with a queenside attack. Which one is stronger? There is no answer…
I hope it clears a bit.