The Rauzer Pawn Structure: From Botvinnik to Magnus Carlsen 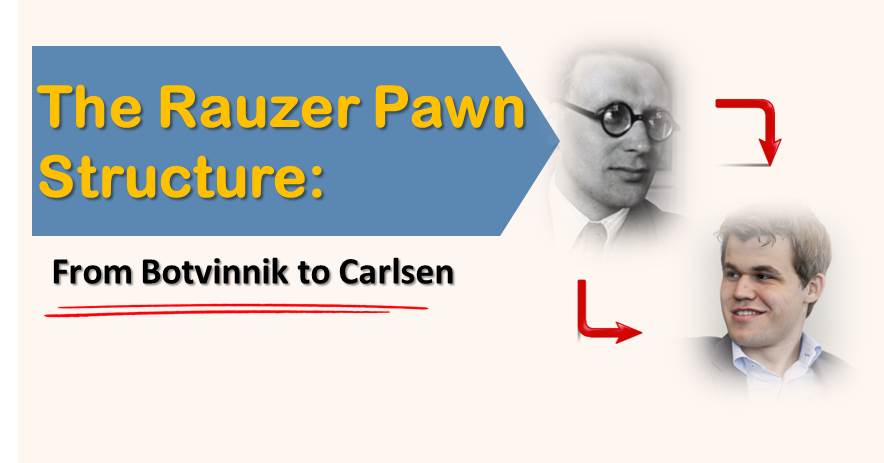 Rauzer Pawn Structure: There is nothing we could say now that hasn’t been said before about the Sicilian Defense. It is one of the greatest options for black against 1.e4. It has been played by every world champion and was the favorite of the greatest geniuses like Fischer, Tal, Kasparov, and many others. Studying the games in the Sicilian Defense is much more than learning the latest opening theory; it is about learning chess in general.

It’s hard to find any other opening with the same characteristics:

All these elements are present in each and every Sicilian middlegame. In today’s article, we will have a look at one particular pawn structure that arises often in the classical Sicilian; the so-called Richter-Rauzer pawn structure.

See the Diagram below: 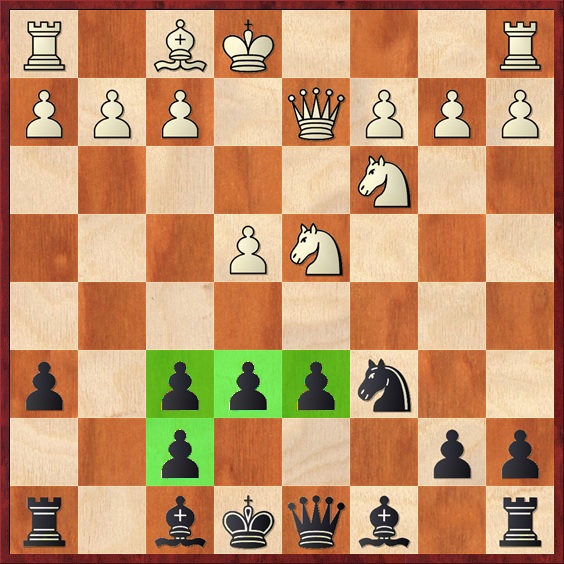 This is one standard pawn structure that most Sicilian players are familiar with. It arises when white takes the black knight on f6 with his dark-squared bishop. This may sound obvious but it is quite important. The weakening of black’s kingside and therefore his king has a small price, and that is white’s dark-squared bishop.

There are plenty of extra details that come with this trade, for example:

The position is dynamically balanced. Both sides have their own triumphs and will develop opposite strategies in order to win. Black’s main problem is usually his king’s safety, as white will try to hunt it wherever it goes.

From black’s point of view there are a few things he can try in order to find counterplay:

The latter approach is our favorite way of handling these positions as black and it’s also the way Carlsen played on two occasions. Trading one of white’s knights seems to ease the pressure considerably. If white does not allow the immediate trade on d4 by retreating his knight to b3, then black can still try to exchange knights by playing Nc6 to a5.

Let’s have a look now at some examples by three world champions playing the black side of this pawn structure.

Botvinnik was a big enthusiast of this pawn structure and he had his own pet line in which black forces white to enter this type of position. In this game, we can see how powerful black’s bishops can be and the flexibility of the central pawns. White did not choose the best plan and black took over the initiative early in the game.

Kasparov was Botvinnik‘s student and we can see how in this game he applies the ideas he learned from the patriarch of chess in Russia: trading knights in the center followed by the activation of his dark-squared bishop, something you can find in Botvinnik’s games as well. A highly instructive game.

This game was played before Carlsen became the dominant player he is now. His approach to this position was quite aggressive, leaving his king in the center in order to accelerate his attack on the queenside. A risky approach but also much more ambitious.

We hope that with this article you have learned more about the Sicilian and this pawn structure in particular. Every player must be familiar with this type of position as this structure can arise from several lines in the Sicilian.