“It’s so slow and boring. I don’t like all that manoeuvering for position. I am crazy about the King’s Indian. I just love it when my pawns march right up to the king and deliver mate.”

Well, the King’s Indian has many fans (my friend included) and it deserves its reputation. But the Nimzo is not the dull defence it’s made out to be. A case in point is the following line I found at ChessPublishing.com 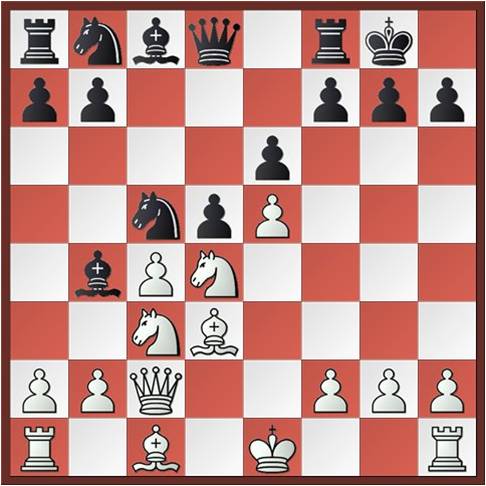 Black has just castled and moves away the only piece that can defend his king. Worse, he loses the pawn on h7 with a check. Surely, this is crazy. But there is method to this madness. Here is a glimpse of analysis by John Emms at ChessPublishing.com.

(For reasons of space I have simplified it a bit and added some explanation for our younger readers.)

9…Nc5 Line in 4.Qc2 Variation of the Nimzo-Indian

As Emms points out, the line is alive and kicking thanks to the efforts of Andrei Volokitin. Even otherwise currently Black is having all the fun in the in the Nimzo with Hou Yifan scoring as many as 2 points out of 4 against the unfortunate Ushenina in the recently concluded World Championship for women. 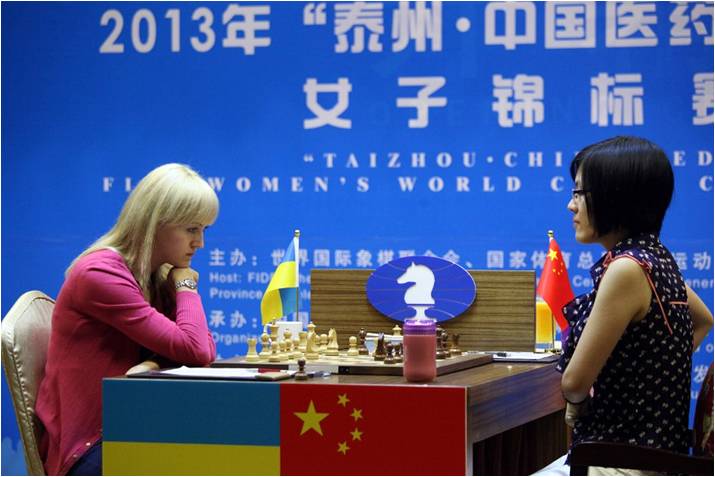 If you are a d4 player with a penchant for steady play perhaps you should opt for 4. e3, the Rubinstein Variation. A wag in our club suggested a more drastic remedy,

“Play e4. That way you can avoid the Nimzo altogether.”

Indeed, e4 players would have a good time with the September columns by Victor Mikhalevski (e4 e5) and Danny Gormally (Open Sicilian) on this site.

Najdorf enthusiasts, especially, should not miss Gormally’s annotations to the Kamsky-Nakamura encounter from the recently concluded Sinquefield Cup. 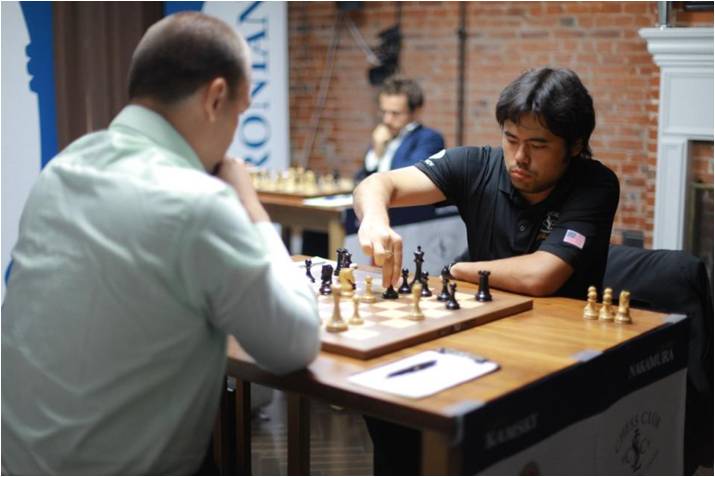 I was a bit sorry to miss an update on d4 d5 by Ruslan Scherbakov this month. In this context I may draw the attention of readers to a critical encounter, Ivanchuk- Kramnik from the World Cup, Tromsø 2o13.Vlad exchanged blow for blow with the Ukranian talent and went on to win with Black.

A valuable game from the point of theory. But where did White go wrong? Hopefully, Scherbakov should be back this month and offer his opinion on this curious line in QGD.

1)Readers of this column may well remember the game, Pelletier-Hagen 2013 in our August update.

2)Having lost two games against the Nimzo-Indian Ushennina opted for the Queen’s Indian in the 5th game and lost that encounter as well. These three games are well-analysed by Emms in his current update. The fourth decisive encounter was in Sicilian with Ushenina playing Black. Demoralized as she was, lost again to surrender the title to Hou Yifan.

The image of the Anna Ushenina-Hou Yifan game is taken from the official site of the Women’s World Championship.

Thanks to Ms. Anastasiya Karlovich who captured some lovely images of the Match.

2)Similarly the image of the Kamsky-Nakamura game from Sinquefield Cup is taken from the official site.

Thanks to Mike Wilmering, Saint Louis Chess Club for granting permission to use the same.

Dear reader,
Thanks for the comment. Hou did beat Judit in their encounter last year:
http://en.chessbase.com/home/TabId/211/PostId/4007882
But Judit is no longer the player she was. Currently she has other things on her mind, family, chess education and so on.
We hope to put up more stuff on both the players.

Very interesting indeed… Hou Yifan is by far the best woman chess player at the moment… probably even superior to Polgar the Great.