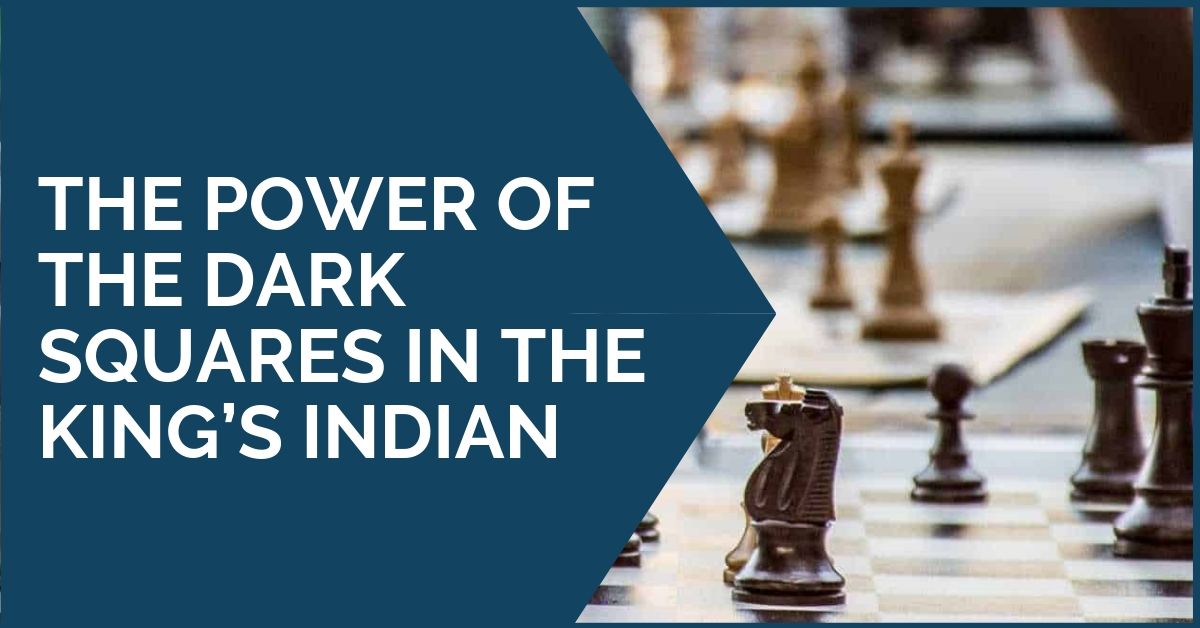 King’s Indian Defense is one of the most popular replies for black against white’s 1.d4. It is the perfect weapon for the active player who likes to be aggressive and is not afraid of complications. The opening is well-known for the dangerous attacks that black can start on the kingside, which has produced many brilliant games.

The main plan for black is the advance e7-e5, after which white has a choice. If the center is closed with d4-d5, then black usually starts preparing the pawn storm on the kingside.

The normal follow-up is f7-f5-f4 and g6-g5-g4. Once on this path, the game usually turns into a race between the two sides – white is trying to prove his space advantage on the queenside, with a timely b2-b4 and c4-c5 advance, while black is hunting the white king.

One of the problems black can have in this opening is the dark-squared bishop, which can end up hitting against its own pawn chain. However, this is not always the case and there are many positions where this is black’s key piece. This situation arises when white decides to keep the center open and not advance his d pawn to d5. Here, black’s plans change completely.

The fight is now given for the central squares and for the domination of the dark squares. 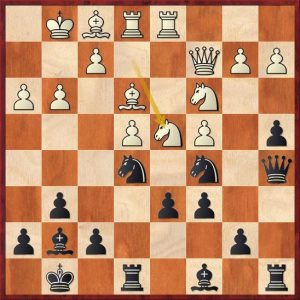 This is a typical King’s Indian set-up; black has already placed his b8 knight to c5 and will follow up with Qb6, a4, and so on, or place the second knight on e5 and play for the weakness of the square d3.

Depending on how white will finish his development, black can use an alternative idea – bring the c5 knight to b4 via a6 and the one on f6 to c5 via d7. Black has a weakness on d6 that white will try to make use of, but the defensive play is not something to be considered in this type of position; the key is to look for active ideas and counterplay at all moments.

In this article, we are going to focus on black’s idea of playing for the weakness of the dark squares and the typical ideas that one has to be aware of in this type of position.

To better illustrate the importance of the dark squares we are going to start with a brilliant game of one of the classical experts of this opening, David Bronstein: 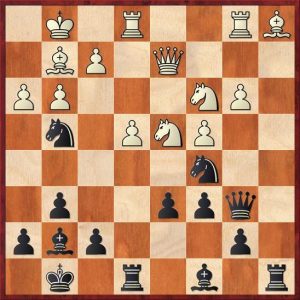 In the diagram above black has a superior position – the knight has reached c5, the rook on a8 is active thanks to the rupture a5-a4 he has played, the pawn on b3 is weak, while the queen on b6 puts pressure both on b3 and on the diagonal a7-g1, where tactical ideas are present most of the times in the King’s Indian.

With his last move, 16…Ng4, black is improving his last piece – the knight on f6 by rerouting it to e5 and later d3. However, this is not its only purpose and with his answer, 17.h3, white allows a very strong and pretty continuation.

Black to play and win in the diagram above!

The following game is another classic where black is playing for the weakness of the dark squares:

This is another typical King’s Indian middlegame, where black has managed to bring his pieces on ideal, active squares. With his next move, he can increase the pressure by creating more weaknesses in white’s camp. Can you find how Bronstein played in this position?

King’s Indian Defense – See how the game continued below:

The games presented above contain only a few of the typical ideas in this structure, but a quick search in the database will reveal a lot more instructive games.

Looking for more on this opening? Here is the article about Surprising Your Opponents and 7 Best Games on this Opening.

We also recommend reviewing The Maroczy Bind and Fortresses – What do you need to know?.