ChessBase Magazine is the flagship of ChessBase and released every two months. Our columnist offers review of a recent issue-Ed. 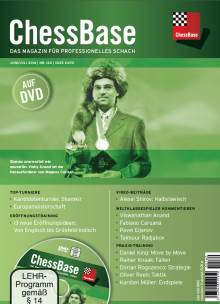 They had written him off and he was treated like a pariah in his own kingdom that he had reigned for years. After all, a deposed monarch deserves neither dignity nor respect. That’s the way of the world. “But then who was to blame?” His detractors would ask. His form had deteriorated and it reached its nadir with the world championship last year. The score, +0, -3, =7 spoke for itself. Then followed the Zürich Tournament this year and he finished a miserable fifth. Chess has become a fierce competitive sport demanding tremendous energy and stamina. At this level it is only for the young. It’s time for him to retire, murmured the pundits and even his fans gave up on him. But no one had reckoned with the Tiger from Madras. He staged a triumphant return with first place in Candidates’ Tournament. It speaks for the strength of the field that Aronian and Topalov occupied the last places in the cross table. This issue rightly celebrates the outstanding event, with the winner himself annotating the encounter with Topalov.

One game that was widely debated was his draw with Andreikin in the 12th round. 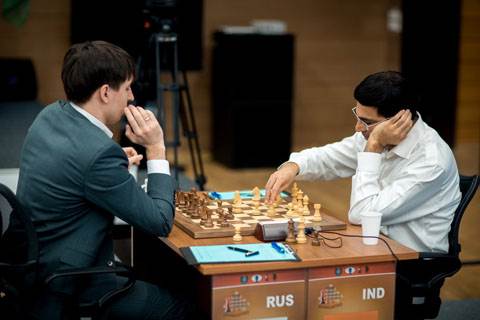 Here is the position two moves before the time control, with Andreikin playing 38…Na4+ 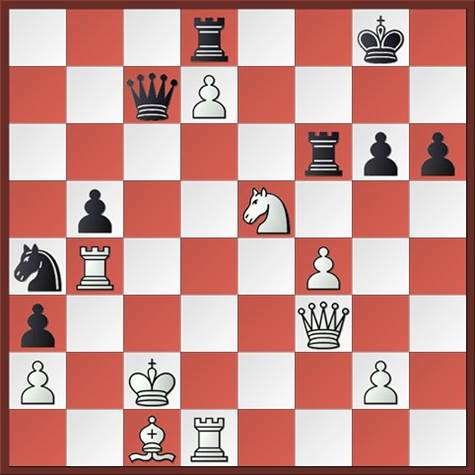 The commentators had a field day, claiming how he could have won.

But did they understand what was happening? Here is a comparison of what he saw and they didn’t.

If Vishy was the winner of the tournament, Vlad was the tragic hero. 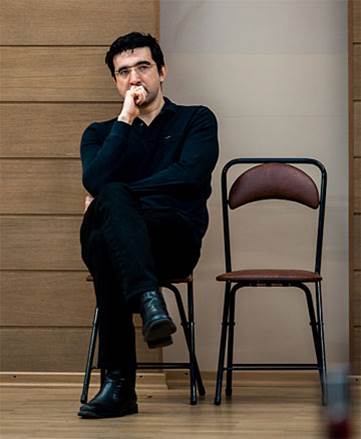 It was he who had persuaded Vishy to play in The Candidates’ “We really spoke about it in London and Vishy was unsure by that time. I advised him to participate because I really thought he had a chance and I just told him so…. Also I think he has all chances to win the match against Carlsen. I had similar crises, so I know what was happening inside him.”

It may be recalled that Vlad lost the title to Vishy in 2008 and ever since he has been making serious efforts to regain the crown. All the same he encouraged his legendary rival to join the contest, not even concerned that this would adversely affect his own chances. Friendship matters. How many would be so unselfish and generous in the present world?

It’s hard to explain what went wrong with him in this tournament. He is not the kind of player who would offer excuses for himself either.

Here is a dramatic moment from one of his games: 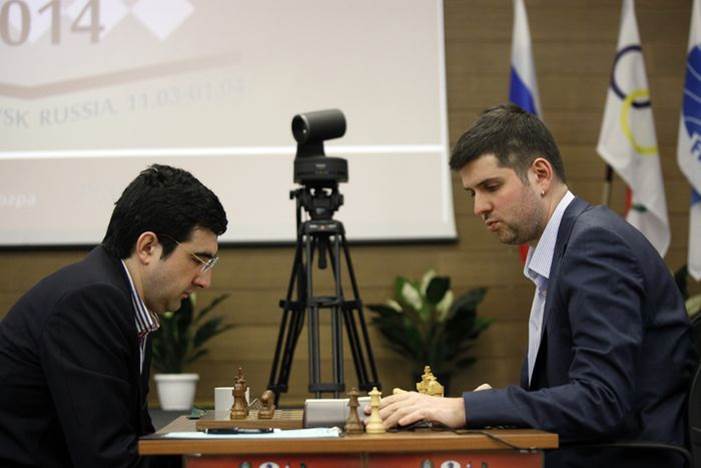 A masterpiece in which attack meets counterattack.

In this issue the game is analysed in detail by Mihail Marin and only for reasons of space I have had to forego it here.

Overall, this was a great event and a worthy successor to Candidates’ 2013. In this issue all the games have a running commentary by Danny King and also regular annotations by grandmasters.

and Gashimov Memorial Tournament won by Carlsen. The first event had a field of 257 participants and 11 rounds. Motylev made a staggering score, 9/11 (+7, -0, =4) to win the title. The second event held in Shamkir was a worthy tribute to Vugar Gashimov with a strong field vying for honours. Carlsen did have a rough passage with losses to Caruana and Radjabov, 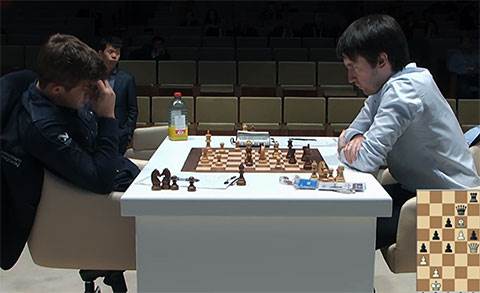 but managed to win by a narrow margin. Both these games are annotated by the winners. Radjabov was going through poor form in the last few years and it’s a happy augury that he is showing his class as before. Caruana continues to be a threat to Carlsen and the rivalry between these players would be worth watching in coming years. 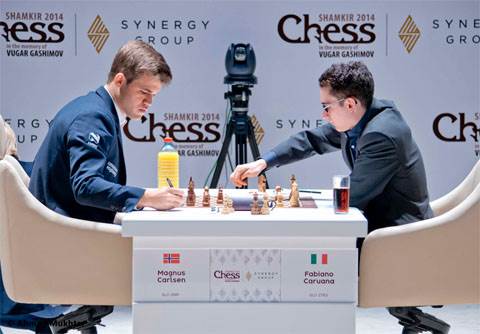 In Shamkir Carlsen impressed with his miniature against Mamedyarov. Shakhriyar is a dangerous player and attacked in characteristic style only to be felled with a touch of ju-jitsu by Carlsen. 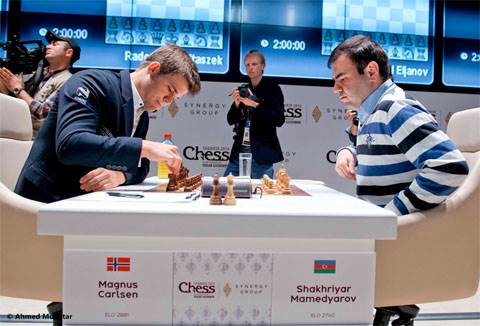 This brings me to other sections of the issue. There are as many as 13 opening surveys from Sicilian to Slav. You may take your pick. If you are a d4 player, check out Michal Krasenkow’s piece on Queen’s Gambit Accepted. In case you are looking for a dynamic system against d4, take a good look at the essays on Leningrad Dutch (Boris Schipkov and Mihail Marin).

Here is an inspiring tabiya from the Leningrad analysed in this issue. 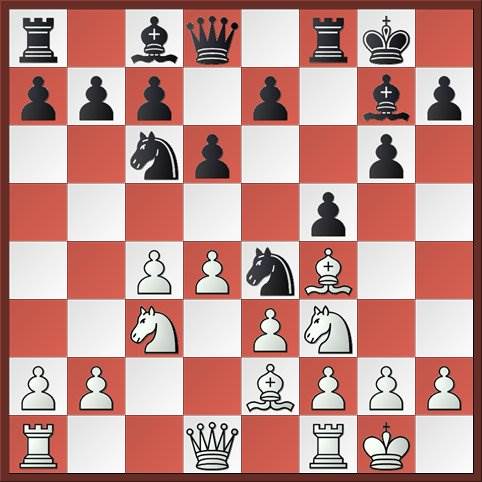 In addition to opening surveys there are trademark sections on strategy, tactics and the endgame. Dorian Rogozenco’s essay on king safety is a mixed bag, illustrations and ideas are rather loosely put together. On the positive side I was delighted to see the following game.

I would have loved to see the whole game deeply annotated.

The challenge for readers is the following position that was reached after some hair-raising play by both sides. White sacrificed a lot of material, was still trying to win, a rook down in the ending and only reluctantly took a draw. Can you do better? 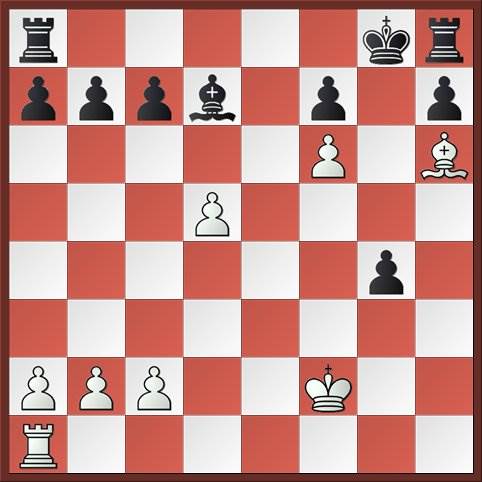 (solution at the end of this review)

This time I did not see the trade mark feature, Telechess Section with CC games. Hopefully, commentators, Robert Alvarez and Juan Morgado would be back in the next issue.

For more info. on this issue, see ChessBase Site .

Courtesy: The image of Svidler- Kramnik is from ChessPro.ru.