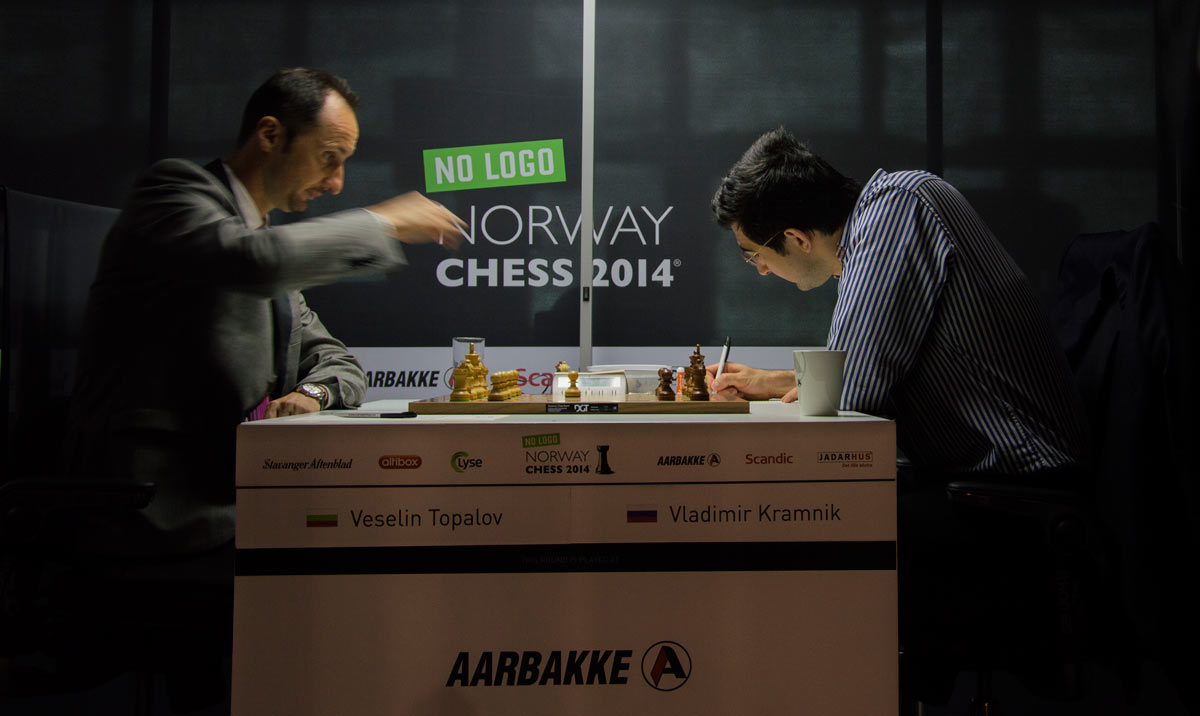 Round 6 featured two players with a strong dislike for each other as Topolov played Kramnik. Kramnik has stated publicly that he would not shake Topolov’s hand after the match win or lose. This very strong dislike for Topolov from Kramnik comes from the bathroom gate scandal when they played each other for the world championship.

Kramnik has stated, he respects the talent Topolov has as a chess player just not as a person. The game was a three knights’ variation of the Nimzo – Indian and went fairly evenly for the first 23 moves and then went horribly for Kramnik getting completely crushed in 44 moves, stubbornly playing on from 10 moves or so when the game was lost. The rest of the games in the round all ended in draws.

Carlsen, Kramnik and Caruana all ended round 6 tied with 3.5 points.Giri, Grischuk, Agdestein, Karjakin are all a full point back with 2.5 points. Karjakin failed to make up any ground in the round as he was only able to draw the seemingly unbeatable Carlsen.

Round 7 saw Karjakin doing what he needed to by beating Giri in a marathon 131 move game in which at some point Giri was absolutely winning. All other games in round 7 were draws. 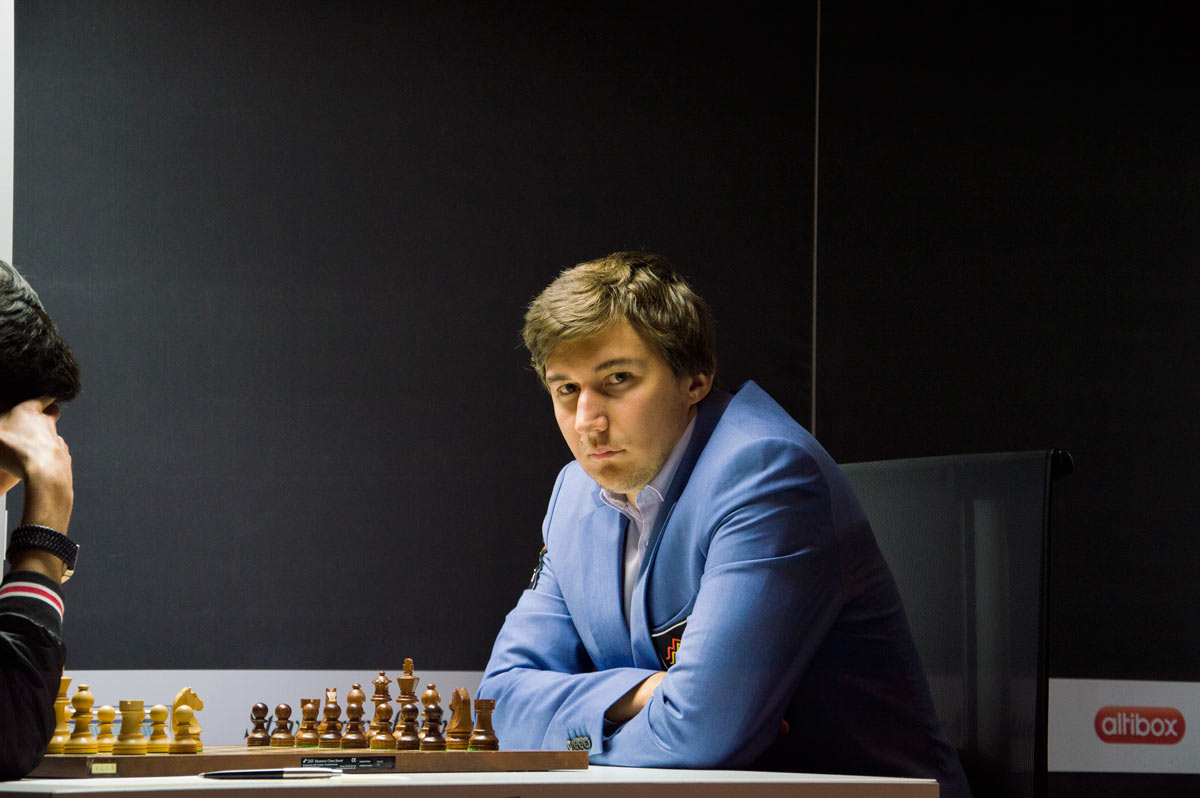 The round ended with four co-leaders Karjakin, Carlsen, Kramnik and Caruana with 4.5 and then Grischuk and surprising Agdestein still trailing the leaders. Giri moved a full point and a half out after the heartbreaking loss.

Round 8 saw Agdestein’s solid tournament take a step back by losing to Topolov. Karjakin continued to mount his late tournament charge defeating one of the tri-leaders Kramnik. The game was back and forth for the first 40 moves than it was all Karjakin. 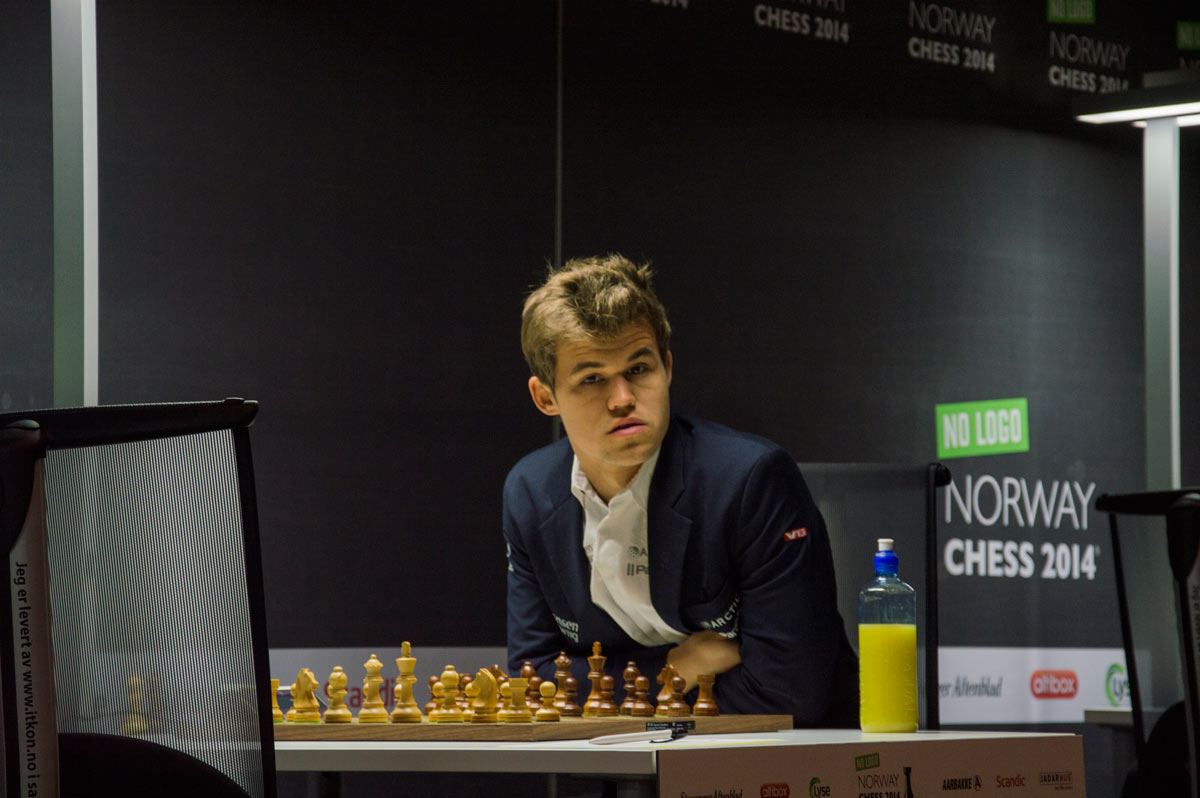 The rest of the games in round 9 ended in a draw. At the end of the round Krajakin had 5 point, Caruana and Carlsen each had 4.5. 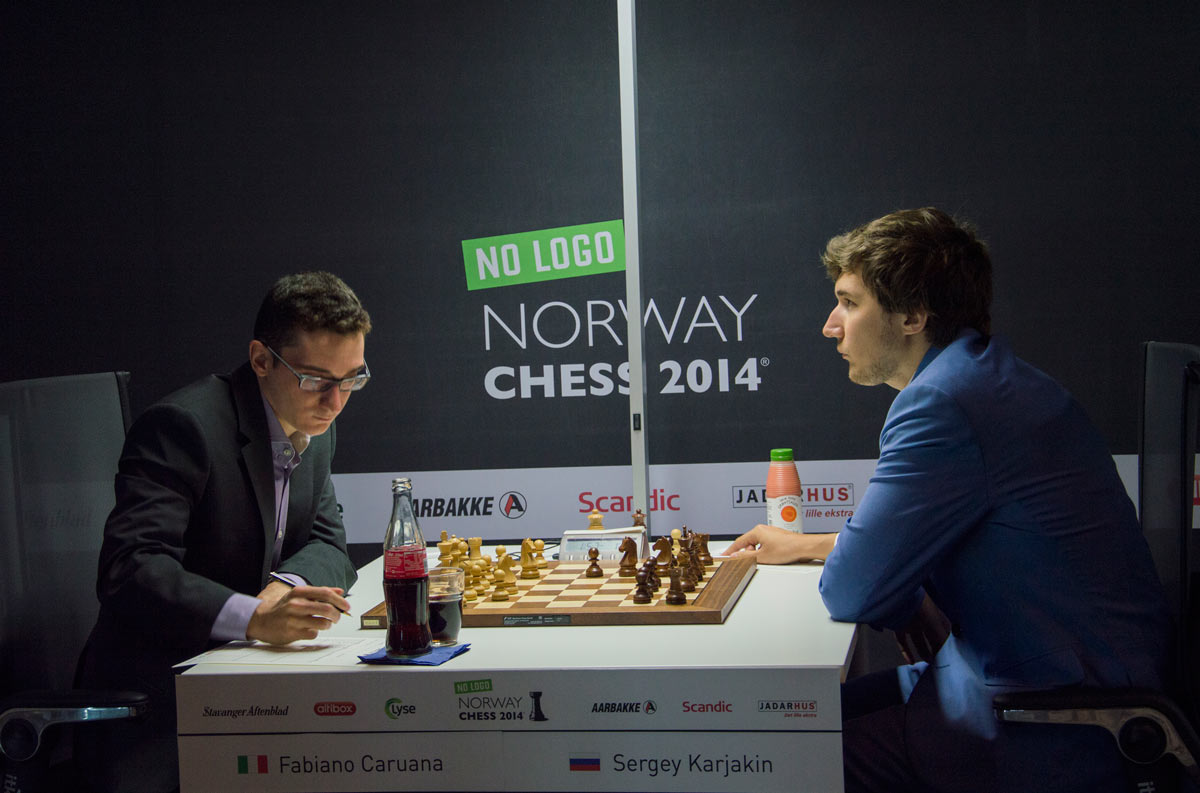 For Karjakin the question is can he become a threat for the world champion in future cycles. Carlsen show even in finishing.