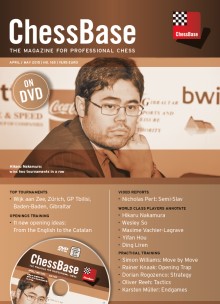 As I write these lines, Hikaru Nakamura featured on the cover here has won the U.S. Championship. The American talent has moved from strength to strength in recent months. This issue carries reports on two tournaments that he won. The first was Gibralter 2015 and Nakamura dominated the event throughout, finishing with 8.5/10. The second, Zürich Chess Challenge was the stronger event, with most of the elite grandmasters participating (Anand, Aronian, Kramnik, Caruana). Nakamura and Anand ran the race neck-to neck till the end, with the U.S. grandmaster prevailing over Vishy only in the tie-breaker to clinch the title. 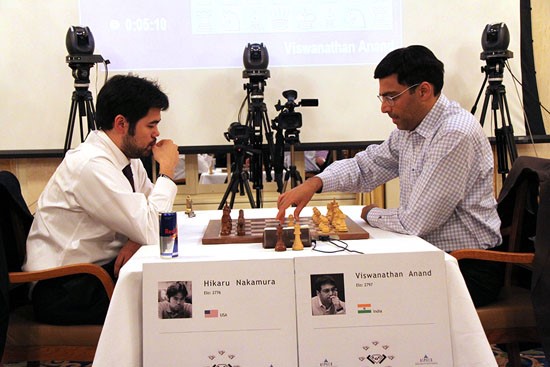 The former world champion, however, had his moment of glory with a classic victory against Aronian’s Grünfeld Defence. The encounter is deeply annotated by Michael Roiz in this issue. 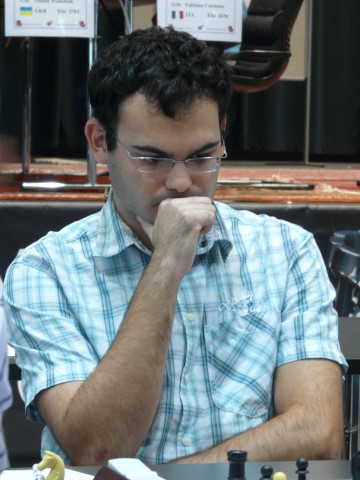 The young grandmaster has also annotated other high level encounters and his analysis of the following game is worthy of attention. 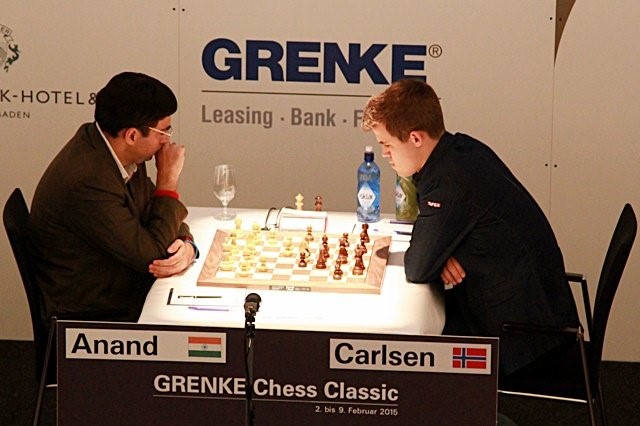 Here is a critical moment:

It may be pointed out, Michael Roiz is the only commentator to have shown that 29…Ng4 is an error. Others applauded the move without seeing that it could have cost Magnus the victory. But then he is also human and fallible. In this tournament and Wijk-aan-Zee he took risks, dropping games against Naiditsch and Wojtaszek. He came first any way and winners are not questioned. In Wijk-aan-Zee he beat old rivals, Caruana and Aronian, a matter of some satisfaction to him. When you look at the reports in this issue, also see how the tail-enders fared. For their trials and tribulations often match our own.

This brings me to other sections of the magazine. There are as many as 11 opening surveys ranging from Sicilian to Slav Defence. You may take your pick. Besides, there are the trademark sections on tactics, strategy and the endgame.

For fans of correspondence chess the good news is that Telechess section is back. There are 9485 CC games of which 38 are annotated by GMs Juan Morgado and Roberto Alvarez.

Here is food for thought.

The image of Anand-Carlsen encounter is captured by Georgios Souleidis and it’s taken from the official site of the Tournament.

More information on the magazine is here.