The other day I was poring over updates from ChessPublishing.com, a site dedicated to opening theory. My friend, Max was bemused.

“Is theory so important?”

“Of course! How could you think otherwise?” 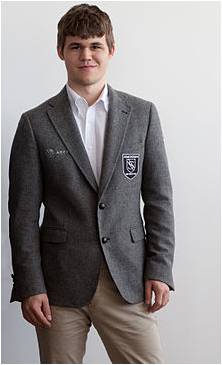 Look at Carlsen. He plays anything and gets away with it.”

“But everyone is not Carlsen” I replied, suppressing my own doubts about Magnus.

The current challenger’s “flippant”attitude to theory has come in for criticism* from veterans like Sveshnikov, not to mention rivals like Kramnik.

Of course Magnus knows his theory better than many of his contemporaries, but retains a healthy scepticism(in this respect he resembles one of his illustrious forbears, Dr. Emanuel Lasker).But on occasion he goes too far with his improvisation over the board leading to crisis time and again. The fact that he escapes by a hair’s breadth should not let us forget that he came too close to grief.

This brings us back to ChessPublishing.com, a site well-known to professional players.

For others a few words of introduction are in order:

Every month the site offers updates on openings written by GMs and IMs. It has already produced a number of ebooks on various systems and they are available in pdf and pgn format. Currently it has a collection of 20,000+ games annotated over a decade, and it’s still growing. So how good is the site? Before I offer my opinion let me point out some “grey” areas.

The Repertoire section authored by Nigel Davies and IM Martin offers two different kinds of advice: one for the sane & and sober and the other for the reckless and ambitious. Both are aimed at the club level player with limited amount of time for study. This section was written way back in 1999 when ChessPublishing.com had just come into existence. It is to the credit of the authors that the general advice has stood the test of time. But suggestions regarding one or two openings are a bit dated. A case in point is Andrew Martin’s recommendation of Blackmar-Diemer Gambit for the happy-go-lucky player, out to enjoy himself. The idea is right. But as he would himself admit, the book he recommended, Tim Sawyer’s Blackmar-Diemer Keybook (Pickard and Sons 1999) is a bit old now. A more up-to-date work would be The Blackmar-Diemer Gambit: A Modern Guide to a Fascinating Chess Opening (Everyman Chess.2011)

I have a similar issue with the playable ebooks on openings. Each serves only as an introduction and not as an up to date database. The other book in pdf format is better. It’s closer to current practice and supported by pgn updates. Readers looking for a proper database should access the Archive section. It’s neatly grouped according to Informant Classification(A,B,C,D,E)  and a treasure trove of annotated games (right up to 2013!).

The Home Page of the site offers 12 sections on different openings. There has been some criticism of the classification here, and in my opinion it’s justified. A case in point is the Grünfeld. Here it comes under the Section Daring Defences with strange bedfellows like the Albin and the Budapest. It should have been clubbed with the King’s Indian instead. The Benko does not belong to Daring Defences either now that it is no longer considered risky. Its rightful place should be under Benoni systems. So the menu deserves to be re-ordered a bit.

The fare remains first rate, though. The “master chefs” include veterans, Victor Mikhalevsky, Richard Palliser, Glenn Flear, Ruslan Scherbakov, John Emms and Chris Ward. A special mention should be made of John Watson who runs the French section. It is a bonanza for the French player as John is the foremost authority on the opening. 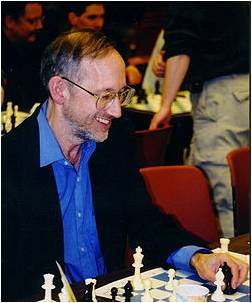 There are also “new” faces among contributors, Danny Gormally, Dave Smerdon and Tom Rendell. I have not seen enough of their work to pass judgement. As the proverb goes, the proof of pudding is in the eating.

One merit of the site is its response to readers’ feedback. Major suggestions are taken up by the contributors themselves and analyzed in detail. Others are discussed in the collective ChessPub Forum that remains entirely free. This spot is fun and you make friends.

On merits I am inclined to recommend this site. A good way of finding out more is to explore the free areas and see for yourself. You could try The Preview. But I must caution you, it’s decade-old (dating back to 2002!).

The Main Menu is better. In the next article I shall discuss some recent updates from the site.

*Note:The following interviews offer criticism of Carlsen’s opening preparation. I reserve my judgement all the same.

I agree, the opening is important, but no more so than the midgame, or the endgame, or tactics, or checkmates. The winner of the game is usually the most well-rounded player.