Our columnist reviews the last issue of New in Chess magazine that marked the end of 2015-Ed. 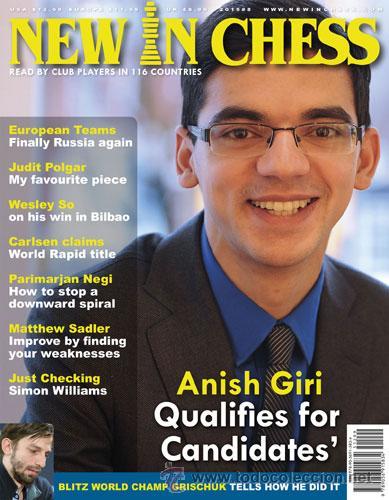 There was a pile of magazines on my table. When my Editor saw this issue he gave a wry smile and remarked, “Life is full of ironies.”

I saw his point. He was looking at the headline: Anish Giri qualifies for the Candidates’. What happened to the young talent is now known. While Sergey Karjakin won the tournament Anish suffered with a spate of draws, setting a record of sorts (+0, -0, =14). In turn he also became a butt of cruel jokes like the following: 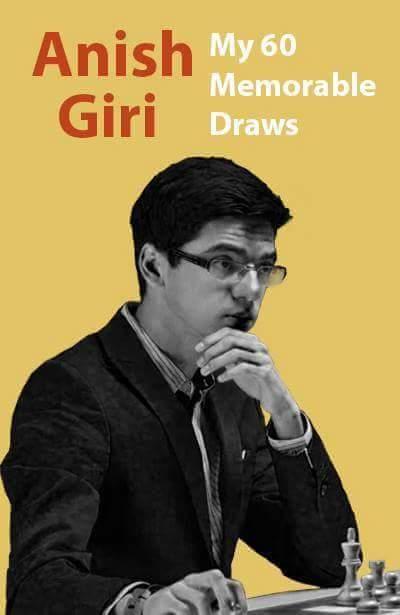 To his credit he took it all sportingly and soon after the result tweeted,

“Thanks everyone for your incredible support! Missed far too many chances, now time to draw (?!) some conclusions. Congrats to @karjakin”

In retrospect did he play so badly? The reader can judge for himself. The game here was played in the 9th round. 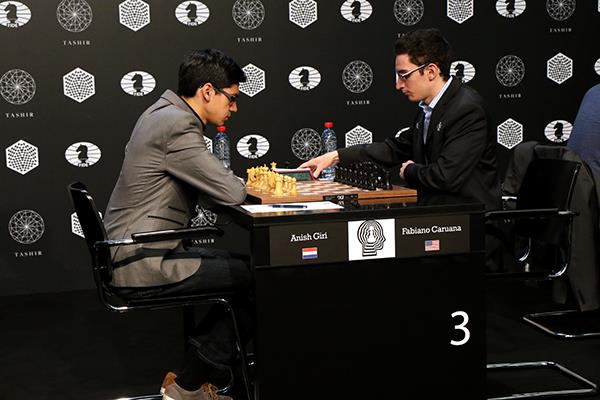 In the following position Giri (White) has out played Caruana and is four pawns up. However, his king is a bit insecure and the pawn on e5 is under threat. How can he neutralize the counter play by Caruana? 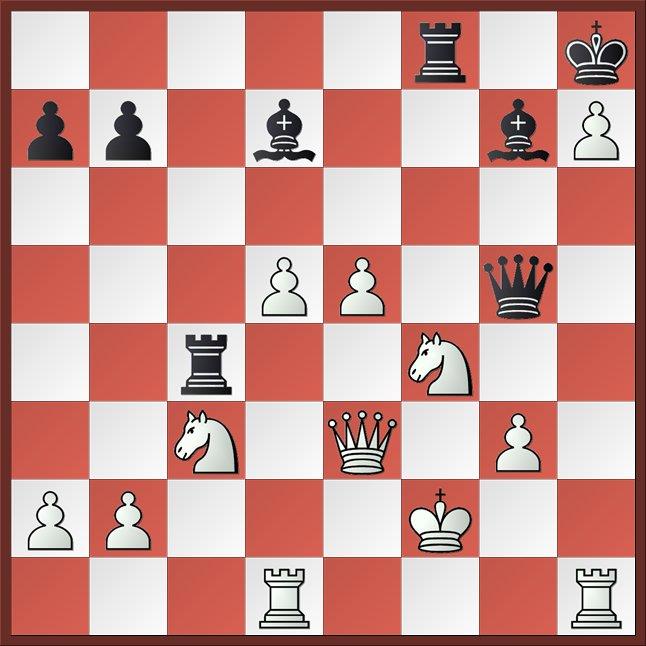 This issue carries quite a few reports on tournaments and matches. Among them I would single out the report on the European Team Championship by Mark Glukhovsky, the captain of the Russian Team that won the event. It glows with understanding, affection and pride. In the same report Aronian annotates his brilliant victory against Mangus Carlsen. 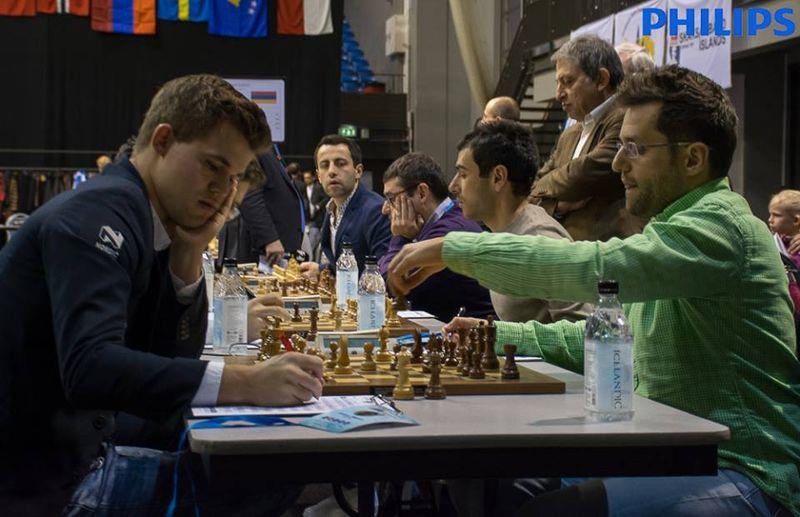 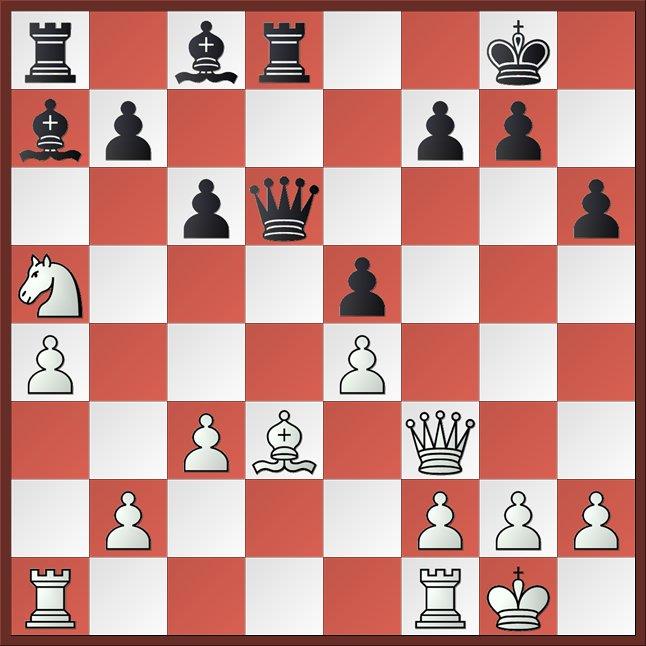 I was more interested in seeing the games from the World Rapid & Blitz Championships.

Sadly, they have received less coverage here. Among the four games given here I would certainly pick the blitz game, Carlsen-Grischuk, annotated by the winner. Tension was at its peak with time running out for both sides.

In the following position White is nominally a pawn up. But he has cause for worry as Black has lined up his queen and rook on his first rank. If he can safely play Kg2 his troubles would be over. But it’s Black’s turn and he can upset the apple cart. Your move! 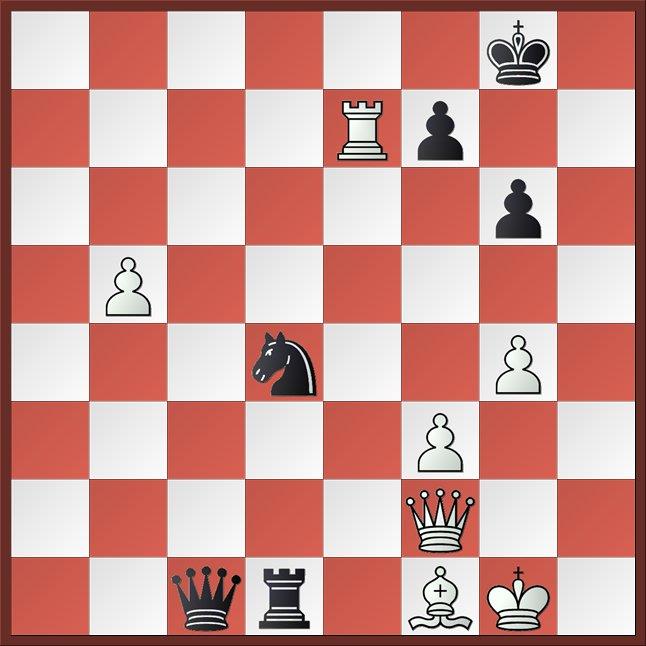 A wonderful battle! Carlsen lost another battle to Ivanchuk and readers would find it here.

His frustration at these losses was captured by the media and subsequently he made amends by expressing regrets over his conduct. Anyway, the victory over Carlsen enabled Grischuk to win the World Blitz Championship. 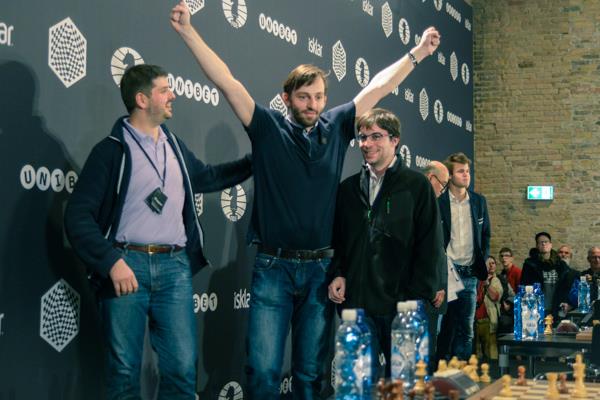 Sasha celebrates and he is joined by friends, Peter Svidler and Maxime Vacher Lagrave (who came second, half a point behind the winner).

In fairness to the world champion he did better in the World Rapid Championship and retained his title. His game with Radjabov from that event is annotated here by Peter Heine Nielsen, his second.

This issue has quite a few top encounters and I would make special mention of Ivanchuk-Svidler (0-1, European Team Championship) and Kramnik-Topalov

(1-0, European Club Championship) games. More pertinently, they are annotated by the winners themselves, though I would have loved to know what the losers thought J

The columns by Judit Polgar, Parimarjan Negi and Arthur Van de Oudeweetering offer value by way of instruction. Nigel Short offers sardonic comment on tournament life and this time he has targeted arbiters. It would strike a chord in the hearts of players who have suffered in their hands. Perhaps the long suffering arbiter also should be allowed to have his say. Matthew Sadler has reviewed an important book, Recognizing your opponent’s resources (Russell Enterprises.2015) by Mark Dvoretsky. There is an old aphorism, “Your opponent also has plans for you.” This book is a salutary reminder. 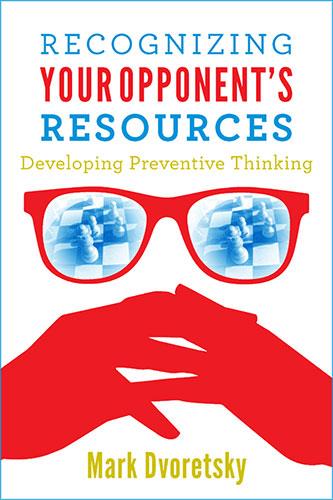 Hans Ree has written a wonderful piece on the plight of professional players in the past. It’s full of rich anecdotes and this issue should be read for that one piece alone. But when it comes to the present he thinks of the elite GMs alone who charge hefty appearance fees and first class facilities.

The middle level IMs and GMs have a hard time eking out a living. Not long ago Andrey Deviatkin made a passionate plea for a fair and just participation of players.

We are now coming to the end of this review. Jan Timman, the founder-editor of New in Chess needs no introduction. Here he writes on his visit to the Isle of Man tournament and a mini match that he won on his return to Netherlands.

This magazine excels in photography. Here is a brilliant image of children playing chess in a small lane in Varanasi, a holy place in India. 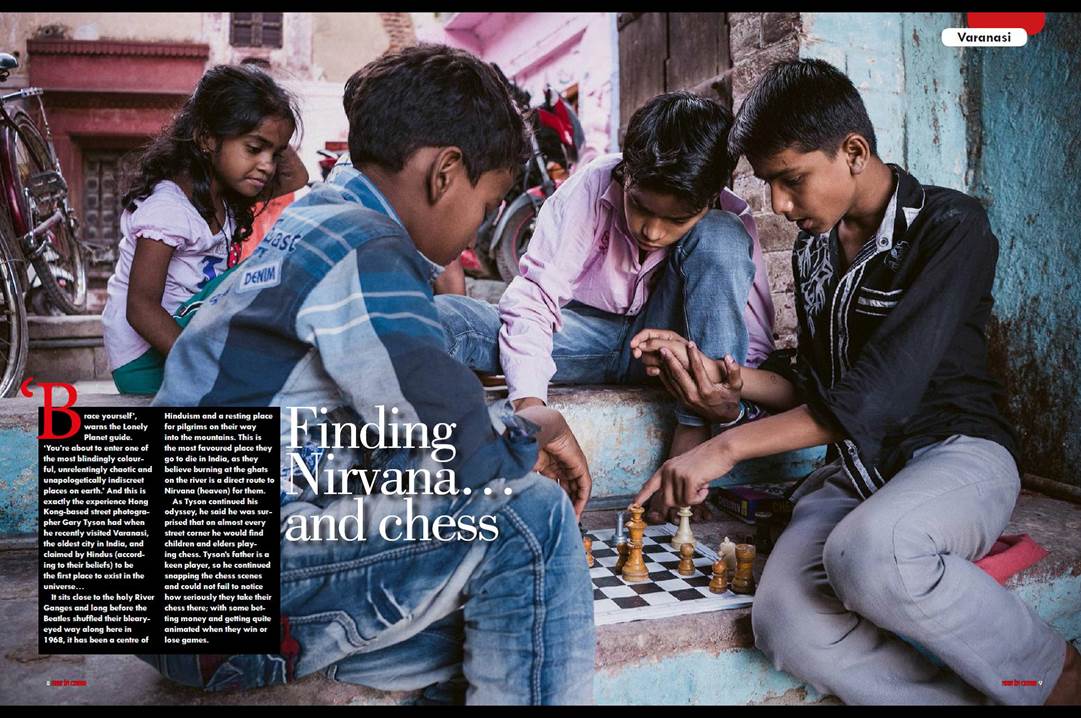 However, I would view the glowing description of the place with scepticism. On the one hand Varanasi is a wonderful place with ancient temples and decent hospitable folks. On the other it’s a dangerous place for unsuspecting tourists who are likely to be exploited by corrupt priests, godmen and drug peddlers. It’s a case of the good, the bad and the ugly. So I am not so sure, one would find nirvana (incidentally it means salvation, not heaven as mentioned by the author) in a place like Varanasi. But then who knows? To each his own.

To return to this issue it makes fascinating reading.

1.The image of Giri-Caruana, Candidates’ 2016 is from the official site of the Russian Chess Federation.

2. The image of Carlsen-Aronian, European Team Championship 2015 is taken from ChessPro.ru.